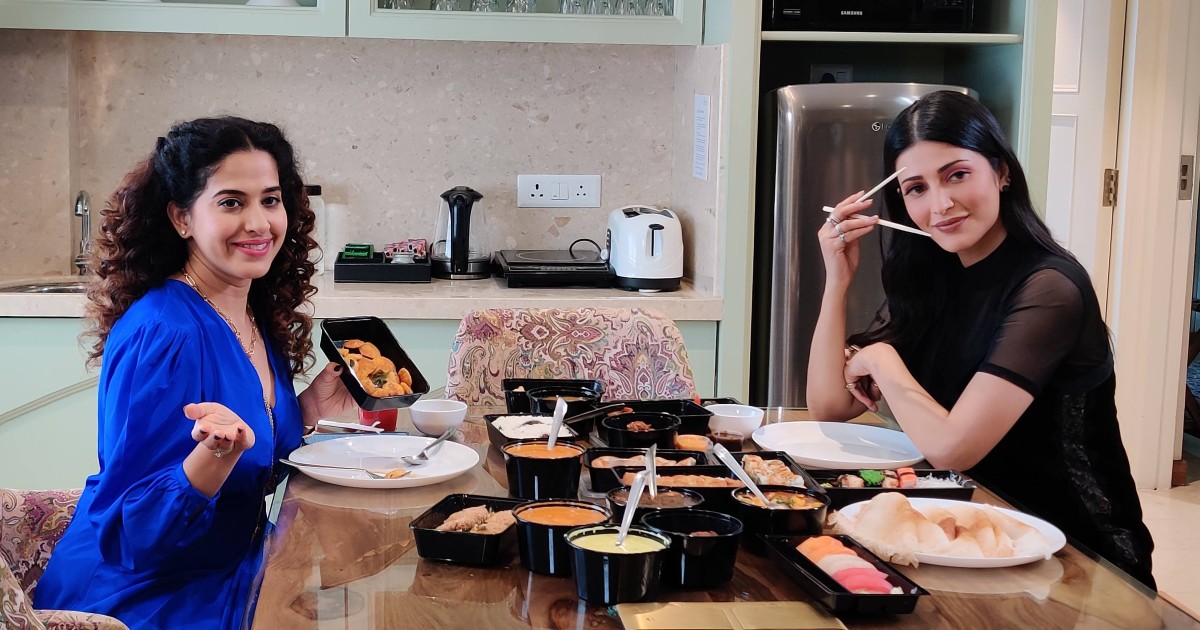 Shruti Haasan, the beloved Indian actress and singer has wowed the audience in Tamil, Telugu and Hindi films. Chief Editor at Curly Tales, Kamiya Jani had a wonderful Sunday Brunch with Shruti Haasan. The duo bonded over a delicious meal and Shruti Haasan declared that she enjoys Japanese food as much as she loves her home-style Tamil food. The actress shared anecdotes from her childhood and also crooned to “To The Edge”. Interestingly, Shruti Haasan believes that no one nails South Indian food right in Mumbai. Well, read on to know more.

When it comes to dosas, Shruti Haasan like the variety of wacky dosas present in Mumbai. She is amused by the Disco Dosa in Mumbai that comes with Schezwan filling and even calls it the “Coachella of Dosas”. During the interview with Curly Tales, the actress also revealed that she visits Hyderabad alot for shooting and often likes to order biryani and other delicacies from Hotel Aadaab.

The Actor Faked Her Name To Hide Her Family’s Lineage

During the interview, Kamiya Jani asked Shruti Haasan if she ever faked her name in school. The actress admitted to Curly Tales that when people asked her if she was Kamal Haasan’s daughter, she would refuse and say she was Dr.Ramachandran’s daughter, “Pooja Ramachandran”. She often used the fake name “Pooja Ramachandran”, as she wanted her friends to focus on her rather than her family. Shruti Haasan appreciates her parents and school for giving her a humble, normal life without fanfare. Here’s the entire interview of Shruti Haasan on Sunday Brunch with Curly Tales.