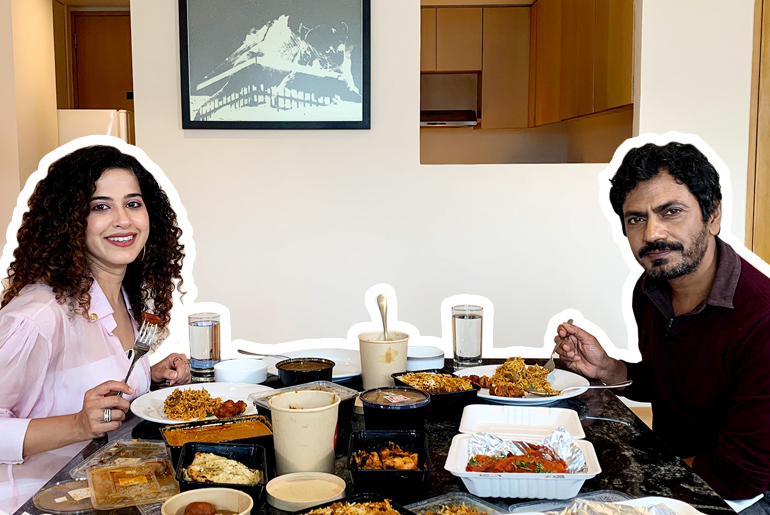 Nawazuddin Siddiqui, who wins the hearts of thousands with his stunning acting skills, believes that the road to success can be paved by solely hard work. He doesn’t believe in luck and thinks that when hard work is done with brainstorming and presence of mind, success is inevitable. Nawazuddin got a break in his acting career after 12 years of sheer hard work. He grew up in a farmer’s family with nine brothers. During his days of struggle in Mumbai, he even survived for around 1.5 years only on tea and biscuits to save expenses.

Nawazuddin Came To Mumbai With Only ₹20,000 In His Pocket

Speaking to Curly Tales, Nawazuddin said that he had directed a show in Delhi and had received ₹20,000. With that amount, he came to Mumbai to begin his journey as an actor. He would do odd jobs in the day and join back theatre in the evening. He had even once worked as a watchman for ₹500/month. He even added that after coming to Mumbai, he did not step out of his home for 15 days, as he was scared of coping with the speed on the roads. But after years of sacrifices and dedication, he has now positioned himself as one of the best actors in the industry. With his stupendous onscreen presence, Nawazuddin has bagged a massive number of followers who always stay eager to watch his movies.

When asked about his love for food, Nawazuddin said that Mumbai has many affordable food joints and one only needs to search them out. He said that he used to enjoy the biryani at Bandra Station which was offered at an unbelievably low price of ₹8-₹10. He also said that he doesn’t like the pav of vada pav, but loves the vada. He also prefers chai-biscuit over coffee and muffin.

Apart from the fact that Nawazuddin himself is a great cook, he doesn’t follow any particular diet plan, unlike other actors. He said that he never dieted. To the maximum, he could skip his dinner, but wouldn’t refrain from eating anything he loves otherwise. When asked about his diet plans, the actor said, “If dieting improved acting, I would have definitely done it.” He also said that roles for six-packs are very limited.