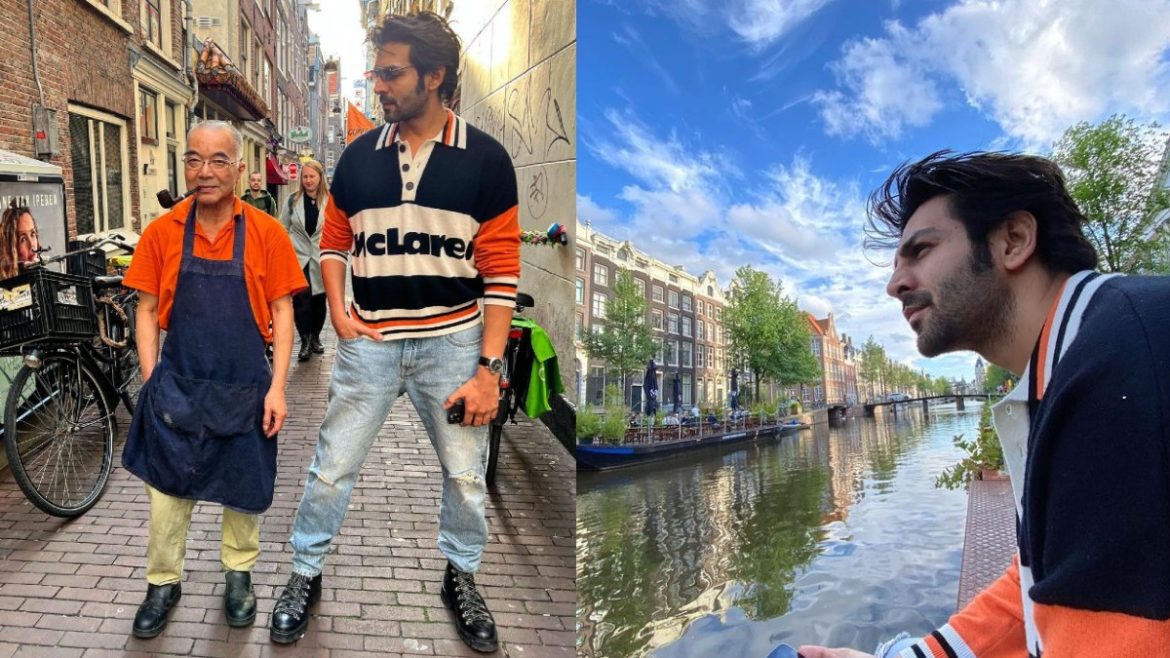 Kartik Aaryan is now holidaying in the postcard-perfect locales of Europe. He has shared stunning snaps of the European cityscapes with vintage alleys, sparkling water bodies and much more. Before beginning his journey, he had given a teaser of his trip on his Instagram profile in a cool picture of five boys posing at the airport. He had captioned the picture as “Euro Trip begins.” After reaching Europe, the Bhool Bhulaiyaa 2 actor posed by the canal in Amsterdam. Captioning the snap, he wrote, “Somewhere in Europe.”

Kartik Twins With A Cool Old Man In Europe

In one of the pictures, Kartik is also seen twinning with an old man on the streets of Amsterdam. Both Kartik and the man were donning t-shirts with the same hue of orange. The quirky snap grabbed a lot of love from his fans. One user wrote, “Perfectly imperfect.” Another stated, “What a swagg.” Yet another stated, “KA u r toooooooo cool.” Captioning the picture, Kartik wrote, “Chicha Bhatija.”

Desi Boys Take Over The Streets Of Amsterdam

Kartik also relished refreshing black coffee by the vast waterbody. He has shared a picture of the same on his Instagram story. In another picture, he was seen roving the streets of Amsterdam with his buddies.

Meanwhile, here are 5 Things To Do At Vondelprak In Amsterdam!