Kashi Vishwanath Corridor In Varanasi With Virtual Museum, Cafeteria & More To Be Ready By November

The Corridor Will Have Meditation Platform, Library, Security Watchtower And More

The Chief Executive Officer of Shri Kashi Vishwanath Special Area Development Board has stated that the corridor construction has been taking place keeping in mind all the facilities of the devotees, as reported by Hindustan Times. The corridor will also incorporate a meditation platform, a virtual museum, a library, a cafeteria and a security watchtower. Uttar Pradesh Chief Minister Yogi Adityanath visited the temple recently and said that the corridor will become the ‘biggest attraction’ in the region. The estimated cost of the project is over ₹900 crores. A tent city on the banks of Ganga will also be a part of the Kashi Vishwanath Corridor project. 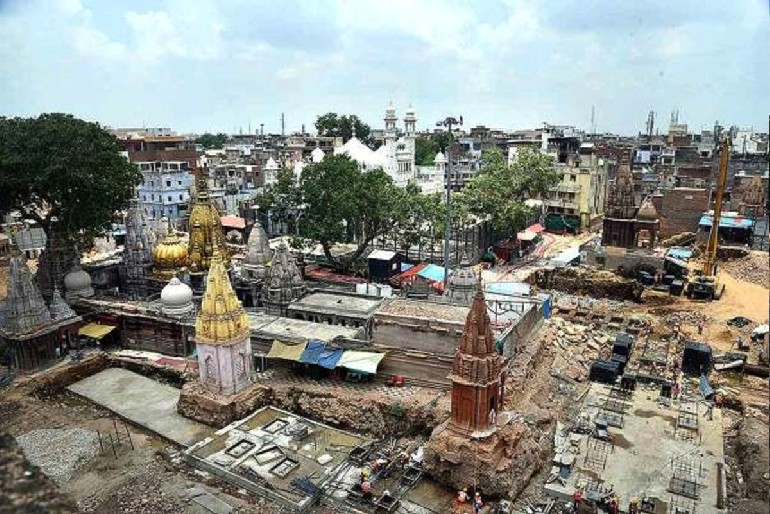 Uttar Pradesh is set to witness a line-up of other developments too for boosting the tourism sector. The state is planning to start helicopter services to places like Agra, Mathura, Varanasi, Vindhyachal, Prayagraj and Lucknow. The Centre is also working on the Kushinagar airport to make it a focal point of the Buddhist circuit in Uttar Pradesh.  Uttar Pradesh’s Hastinapur Wildlife Sanctuary might soon have dolphins. A handicrafts park on the route connecting Delhi and Taj Mahal is also on the plans.