Kolkata Gets Its First Hanging Restaurant 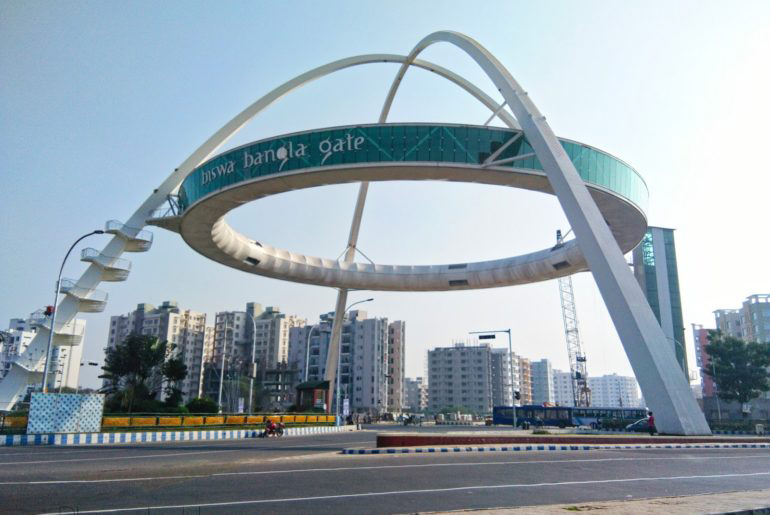 Kolkata inaugurated its first ever hanging restaurant in New Town at Kolkata Gate where you can dine with a 360 degree view of Rajarhat.

After Paris and Malaysia, it is now Kolkata’s turn to get its very own hanging restaurant. Another addition to the city’s many wonders, The Oval Lounge restaurant is perched on the 55 metre high Kolkata Gate at Rabindra Tirtha in New Town. The project was completed on the 27th of January but is yet to open its doors to guests. This project is part of the New Town development project of the West Bengal Government. Guests can enjoy a 360 degree view of the surroundings from this mammoth structure. The tunnel of the restaurant is decorated with lights while the interiors will boast of West Bengal’s rich cultural history through pictures.

Also read: Now Donate Your Leftover Food At This Food ATM In Kolkata Designed by the West Bengal Chief Minister herself, Kolkata Gate’s construction started on March 2017. The place, after opening, will have a visitor’s gallery and Kolkata’s first ever hanging restaurant. However, further details about the restaurant and the opening date are yet to be revealed.