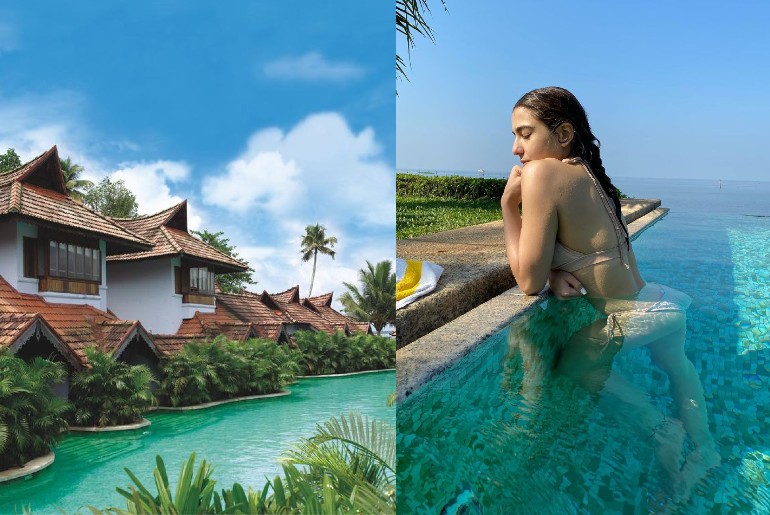 We all know Kerala is heaven on Earth when it comes to vacay moods. Today we bring to you Kumarakom Lake Resort in Kottayam but, there’s someone else you have to thank for this one, someone you know pretty well. Sara Ali Khan’s winter break has taken over the internet. She’s proving to the whole world that Kerala is always a great idea. This beautiful resort is surrounded by water on all sides. Step out of your room and into a pool. Your feet may never have to touch the ground because you can swim to the other rooms! There are 65 heritage luxury villas at the retreat situated on the banks of Vembanad Lake. This place is seriously giving us travel goals. Kedarnath queen has a notorious habit of skipping town at the first chance she gets. We love her for it!

Sara Ali Khan’s Instagram feed is more a travel blog than anything else. With a heavy shooting schedule, she’s managed to take quick trips around the world. That’s a hectic life that we could probably get used to. Her Kerala pictures are just post-Christmas merriment. Her year started at Masar Mara National Reserve in Kenya. After the smashing success of Simmba, the 24-year-old Bollywood star celebrated her debut year in the wild with her mother Amrita Singh after a photo shoot in Africa.

Also read: Deepika Padukone And Ranveer Singh Travel From South To North For Their First Anniversary! 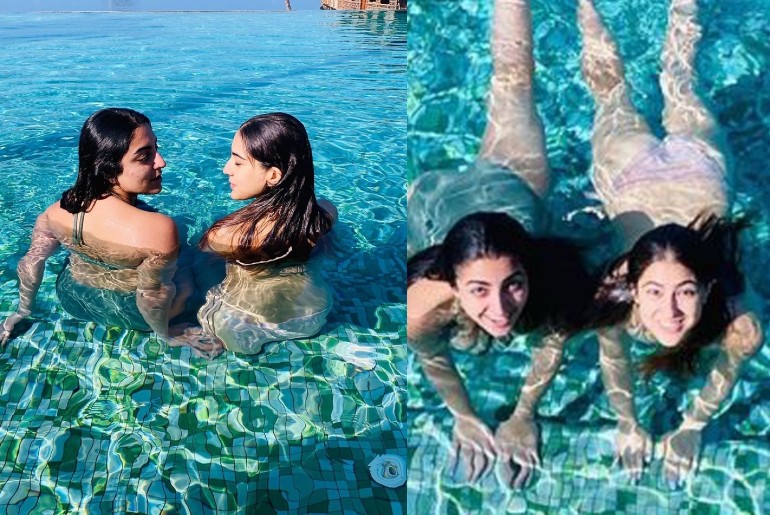 Wilder and Wildest in the Wild ?????????‍? #motherdaughter #hakunamatata #pinksky

In April, the Coolie No. 1 actress was seen in New York with gal pals gyming, eating and blowing off some steam. In October there was coconut water in the waters of Sri Lanka. New York followed once again where she made time for The Metropolitan Museum of Art. Sara Ali Khan says she keeps coming back to the big apple because when she left, she felt like a part of her was left behind.

It’s not what we have, but who we have – Winnie The Pooh ? ? ? Missing all of you so much already ?? @kamiyaah @milisanwalka @ipsitasen @ahilyamehta @bookingcom #ad

When people ask me why I’m going to New York compulsively or why I miss it obsessively, I just wish I could tell them it’s because I miss the part of me I always leave here…??????? #whensaramissessara #cametosayhi #nevermoreme

Sara Ali Khan is truly a global traveller making the rounds on different continents altogether. We’re more inspired than jealous maybe just 10% jealous, okay 20%! See how I Went To Sri Lanka With My Family For 6 Days Under ₹50,000 Per Head Including Flights! The new year is here and with her setting wanderlust vibes in, we’re surer than ever about our life philosophy. Food and travel are all one needs!