Ladakh Gets World’s Highest Movie Theatre At 11, 562 Feet; It Can Operate At -28 Degree Celcius

If you’re both a movie lover and an adventure junkie, then you can get the best of both worlds at the world’s highest movie theatre in India. Ladakh welcomed a mobile digital movie theatre on August 28 nestled at an altitude of 11,562 feet. Situated in the Paldan area of Leh in Ladakh, this is the world’s highest digital movie theatre. Locals and tourists can both throng to this one-of-a-kind sheltered theatre to catch up on some entertainment. Here are all the deets.

World’s Highest Theatre In Ladakh Is Located At 11, 562 Feet

PictureTime Digiplex installed the mobile inflatable theatre in Leh at an altitude of 11,562 feet. Ladakh Buddhist Association president, Thupstan Chewang, was the Chief Guest for the inauguration of the movable theatre at Leh’s NSD Grounds. Bollywood actor, Pankaj Tripathi was the Guest of Honour at the event. The theatre was launched with the critically acclaimed short film, ‘Sekool’, which is based on the Changpa nomads of Ladakh. The Indian Army personnel watched a screening of the Akshay Kumar starter ‘Bell Bottom’ at the unique theatre. The initiative to build the world’s highest theatre in Ladakh aims to help people experience movie watching even on rugged terrains. 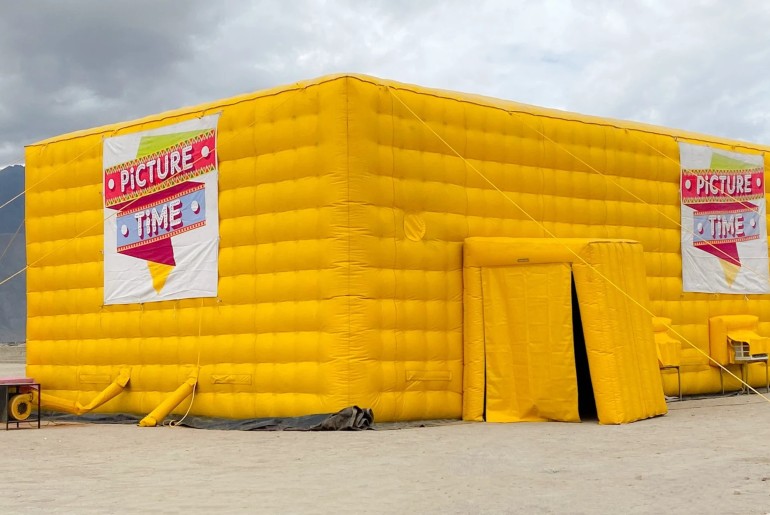 This Mobile Theatre Can Operate At -28 degrees Celcius

This Leh theatre is not only the highest altitude cinema theatre in the world but also an affordable digital theatre. Sushil, an organiser revealed to Republic World that 4 such theatres will be established in Leh. He further added that this initiative brings movie experience to the remotest areas of India and can be expanded across the country. These mobile theatres are arranged in such a way that they can function at -28 degrees Celcius. The new technology and the innovative concept makes the development convenient and cheap. 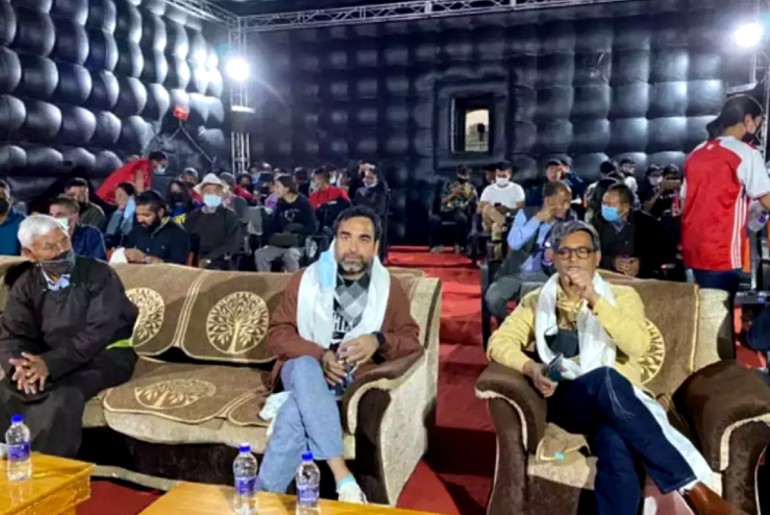 Pankaj Tripathi: This Will Create Opportunities For Talented Locals

Bollywood actor Pankaj Tripathi hailed the installation of cinemas in Ladakh. Calling it a beautiful initiative he said to Mint that this comes across as a unique and different way for film exhibition. He further stated that this concept in a stunning location like Leh is incredible. The actor revealed that Picturetime’s inflatable travelling theatre will not only give people access to the latest films but also create opportunities for the talented people of Ladakh. 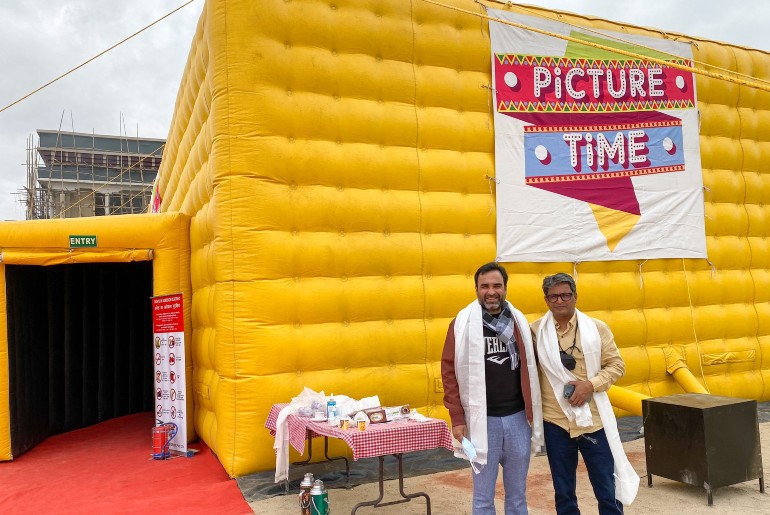 Well, moviegoers, if you’re craving for a filmy experience in the hills, then why not visit the world’s highest movie theatre? Meanwhile, here’s a fun interview of actor Pankaj Tripathi on Curly Tales.