At Airport Service Quality Awards 2017, the Delhi airport and Mumbai airport made it into the list of the World’s Best Airports. Now, India is going to get another airport with world-class facilities. The picturesque Kushok Bakula Rimpochee Airport at Leh will witness a breathtaking expansion of around 3340 square metres area. The airport is the 23rd highest commercial airport in the world, perched at 3256 metres above sea level. Now it will have a terminal building with state-of-the-art amenities. The expansion cost is going to be around ₹480 crores and it is expected to be complete by December 2022. A team will look into the possibility of running commercial flights with smaller jet planes to Kargil.

The Kushok Bakula Rimpochee Airport is undoubtedly one of the prettiest airports in India, ringed by the mighty Himalayas. While flying above this airport, one can enjoy the gorgeous aerial view of the magnificent mountains. Now the airport will become even more passenger-friendly, thanks to its new upgrade. As part of the expansion, a utility building covering an area of nearly 3340 square metres will come up. The upcoming terminal will have an Inline Baggage Handling System and 18 check-in counters. Also, reportedly, it is going to have a 4-star Green Rating for Integrated Habitat Assessment. Meanwhile, here are 5 budget places to stay in Leh Ladakh. 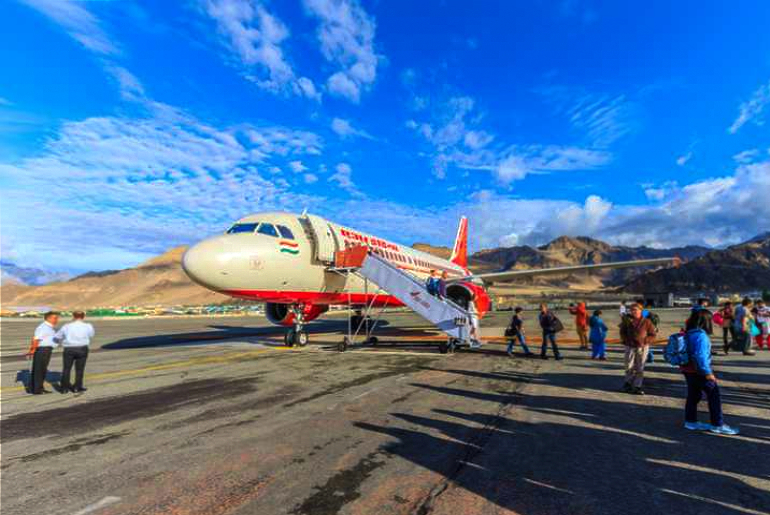 Also Read: Saudi’s New Luxury Airport Is Designed To Look Like A Mirage

After Expansion, The Airport Might Have The Capacity To Handle 20 Lakh Passengers

After the incorporation of the new terminal, the airport will have the capacity to handle five to six flights at a time. At present, the Leh airport handles around nine lakh passengers. With the expansion, the airport will be able to cater to nearly 20 lakh passengers. Also, the terminal will have three aero bridges to accommodate around 200-250 cars. 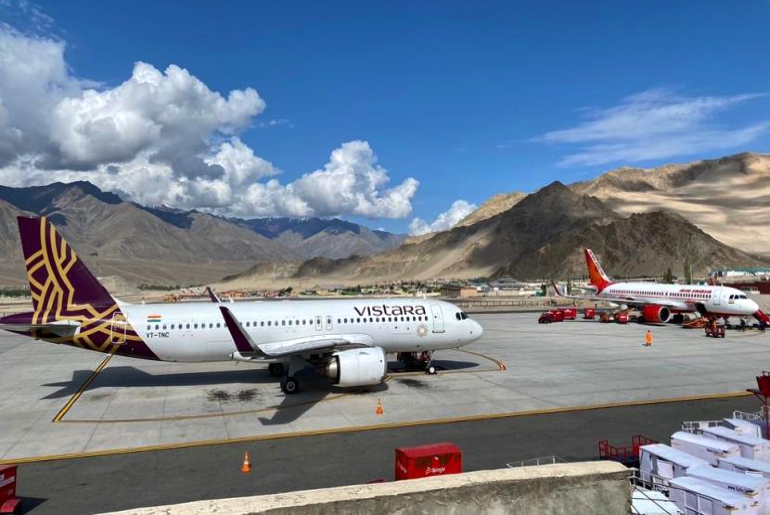 The splendid views of the Himalayas from a flight can be a magical kickstart to our Leh trip. And the airport, after the renovation, will welcome us with the best facilities too. What more can we ask for? For now, enjoy this virtual tour of Ladakh from the comfort of your home: