Vistara Is Now India’s First Airline To Have Flat Beds 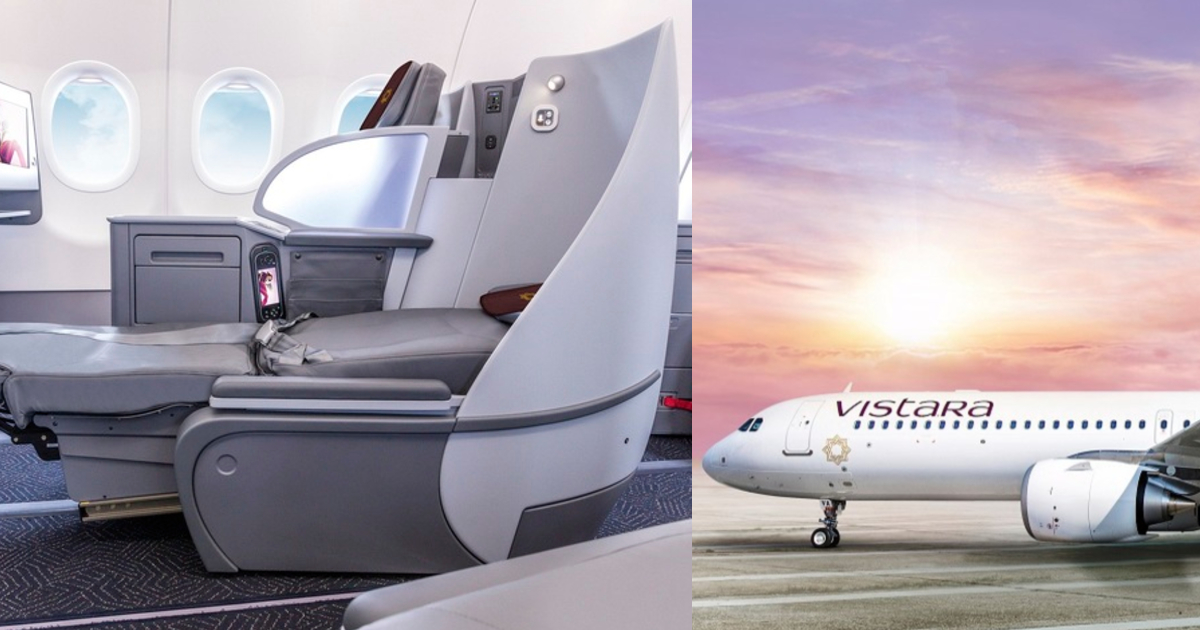 Vistara airlines has introduced a flight with genuine leather seats that recline into fully-flat beds. The seats are also equipped with 16” High Definition touchscreen in-seat televisions, a video handset and ample storage space. The aircraft is Vistara’s first Airbus A321neo and the company received it in Delhi on July 24 from the production facility in Germany. The aircraft is a part of the order of 50 from the Airbus A320 Family signed in 2018. This addition made Vistara the first airline in India to offer lie-flat beds on a narrowbody aircraft. Only a few airlines across the world like US-based JetBlue, France’s La Compagnie and United Airlines offer this state-of-the-art seating arrangement.

There are a total of 188 seats in the aircraft. In the Business class, there are 12 seats. The Premium Economy class has 24 seats. The remaining 152 seats are allotted to the Economy. All the seats have 4-way adjustable headrests, movable armrests and USB charging ports.

The addition of A321neo makes us the first airline in South Asia that features full-flat beds on a narrow-body jet. With many such exciting features to look forward to, you are sure to #FlyHigher! Let us know your thoughts in the comment section below. #Flyingin321 pic.twitter.com/UwRKetUQmW

Also, one can watch movies or TV onboard with Vistara’s  In-Flight Entertainment (IFE) system. The aircraft has Wi-fi, allowing passengers to have access to the internet. The Business class seats have High Definition touchscreen in-seat televisions and a video headset as well.

The Aircraft Will Cover Short To Medium-Haul International Routes

In a press release, Mr. Leslie Thng, Chief Executive Officer, Vistara, said, “This new addition to our fleet reinforces our long-term commitment to international expansion plans, despite the challenges of the current times. The new cabin products on our A321neo aircraft truly complement our promise of providing a premium and world-class flying experience to travellers from and to India.” He added, “The A321neo aircraft ensures operational enhancement, cost-effectiveness as well as reduction of carbon footprint for us while enabling extra payload capacity, greater fuel efficiency and higher range. All of these aspects perfectly align with our international growth strategy.” The Airbus A321neo aircraft plans to cover short to medium-haul international routes or destinations within seven hours of flying time. In March 2020, Vistara also became the first Indian airline to fly the Boeing 787-9 Dreamliner, a wide-body aircraft with in-flight Wi-fi. The airline had obtained clearance from the government in March 2019 to fly international routes. It had aimed to start services to Europe and Japan by 2020-21. Also, here’s a peek into the future of travel post-COVID with Neerja Bhatia, India VP of Etihad Airways: