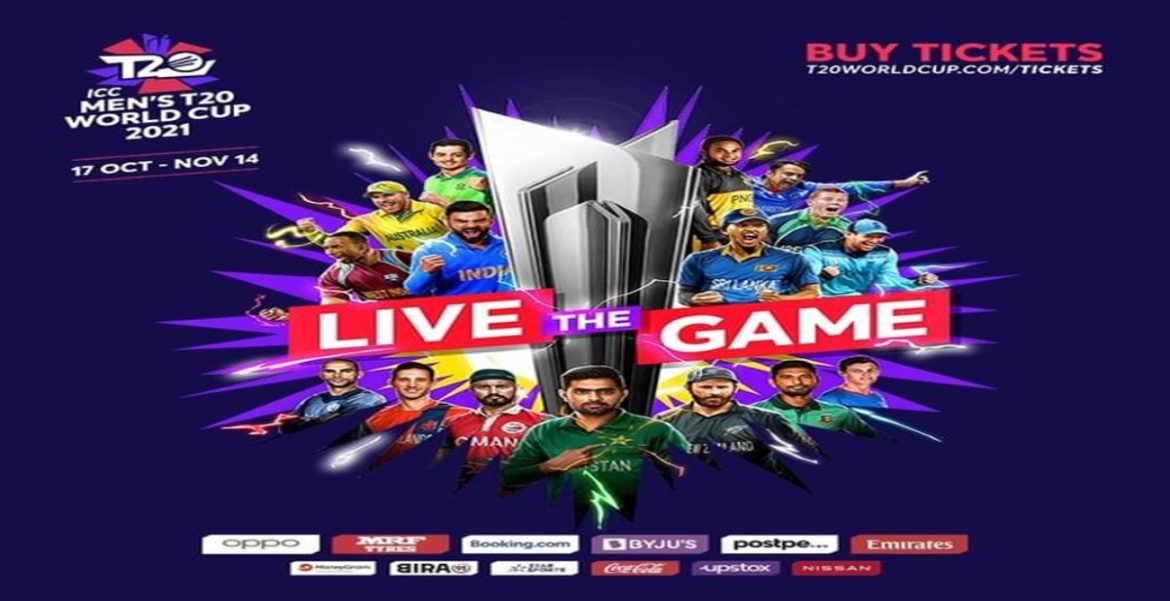 Originally the event was scheduled to be held in Australia from 18 October to 15 November 2020. But in July 2020, the International Cricket Council(ICC) confirmed that this tournament had been postponed, due to the COVID-19 pandemic. In August 2020, the ICC confirmed that India would host the 2021 tournament as planned.  With Australia named as the host for the succeeding 2022 tournament. However, in June 2021, the ICC announced that the tournament had been moved to the United Arab Emirates due to growing concerns over the pandemic situation in India. And a possible third wave of pandemic in the country. The tournament began on 17 October 2021, with the tournament’s final taking place on 14 November 2021. The preliminary rounds of the tournament were played in the UAE and Oman.

Mitchell Marsh’s power-packed 77 not out and a superb spell from Josh Hazlewood fired Australia to their first ICC Men’s T20 World Cup title against New Zealand in Dubai. The skilful Australian seamer’s three for 16 helped restrict Kane Williamson’s Black Caps to 172 for 4 before all-rounder Marsh, bolstered by in-form David Warner, struck a match-winning half-century to inflict yet more misery on New Zealand in ICC World Cup Finals. Williamson, leading his side in their third consecutive final since the ICC Men’s Cricket World Cup 2015, compiled a masterful 85 to help guide his team to a competitive-looking total after losing the toss. But spearheaded by Marsh and Warner (53), Aaron Finch’s side extended chasing teams’ winning record under the lights at the Dubai International Stadium – ten from ten in the tournament – to finally end their ICC Men’s T20 World Cup drought and become the first team from the southern hemisphere to clinch the crown.

Finch has enjoyed an excellent record at the toss and after winning his seventh of the tournament, unsurprisingly opted to insert New Zealand and leave his team chasing in the dewy conditions. Australia remained unchanged from their heart-thumping semi-final triumph over Pakistan while for the Kiwis, Devon Conway’s broken hand – suffered after punching his bat in frustration against England in their last four clash – meant Tim Seifert replaced him with the gloves. And spearheaded by Martin Guptill and semi-final hero Daryl Mitchell at the top of the order, New Zealand came flying out of the traps by taking 23 off the first three overs. But after Matthew Wade had shelled a tough chance to remove Guptill, the Australian wicketkeeper made amends by holding on to Mitchell off a canny Hazlewood cutter.

That helped restrict the Black Caps to their lowest powerplay total of the ICC Men’s T20 World Cup 2021, with New Zealand left stalling on 32 for one after six overs. Captain Williamson soon set about rebuilding, however, helping himself to back-to-back boundaries off Marsh to haul his team up to 57 for one at the halfway mark. Williamson was dropped by Hazlewood on the boundary but after the Kiwi skipper took 19 runs off a loose Starc over, Marcus Stoinis showed greater composure to hold on to Guptill off the bowling of economical Adam Zampa for 28. That looked to reel the Black Caps in when the pendulum had started to swing back in their favour, but Williamson continued to stylishly anchor the innings and brought up the fastest half-century in an ICC Men’s T20 World Cup Final off a speedy 32 balls. And the New Zealand lynchpin then really started to the motor as he clubbed a game-changing 22 from another Starc over to catapult his team towards a competitive total.

Australia rallied in the death overs to peg their rivals back, however, with Hazlewood removing both Phillips and then grabbing the crucial wicket of that man Williamson – who he’d dropped on just 21 – for a brilliant 85 off 48 deliveries. And that helped cap the joint-best figures for a seamer in an ICC Men’s T20 World Cup Final, matching Irfan Pathan’s three for 16 for India in the 2007 showpiece. Jimmy Neesham and Seifert combined in the final two overs to leave Australia with a total of 173 to win – an almost identical target to the 177 they thrillingly chased down to topple Pakistan three days earlier.
Warner and Finch took just a single run off a tight Trent Boult over and despite a leakier second from Tim Southee – going for ten – the Black Caps soon had the breakthrough. Mitchell held on to a fine boundary catch off Boult to remove the Australian skipper, making superb ground to his left to cling on under the lights. That brought Marsh to the party and it didn’t take long for the all-rounder to find his feet, thumping Adam Milne for a six and then consecutive fours off his first three balls. And he and Warner swiftly set about laying the foundations for glory as the duo brought up an important fifty partnership in the ninth over.

Things were looking ominous for New Zealand as Warner – fresh off the back of 89 not out against West Indies and a quickfire 49 in the semi-final – swatted Ish Sodhi for an imperious maximum down the ground. And the Warner-Marsh barrage continued when the dynamic pairing then took it in turns to clobber Neesham for two more sixes in the 11th over. The game looked to be getting away from the Black Caps but with Warner well-poised on 53, Williamson’s strike bowler Boult delivered the goods. Returning to the attack after his first two overs went for five, the left-arm ace capitalised on an ungainly cross-bat slog to clean up the Australian batter with 66 still left to win. That did little to diminish the Australian momentum, however, as Marsh was dropped by Boult off his own bowling and the incoming Glenn Maxwell struck three fours and a six in quick succession. And Marsh’s 77 off 50 steered Australia to the target with seven balls to spare as they continued their unbeaten record in ICC knockout matches against New Zealand and finally added the T20 crown to their glittering trophy cabinet.

Visit These Art Districts In Madhya Pradesh For...

Neeta Lulla: Fashion Is Anything That’s Part Of...