Man Bakes Pizza On Molten…
Here’s How To Make Juicy,…
Cheesecake Ice Cream, Anyone? This…
5 Best Restaurants Open In… 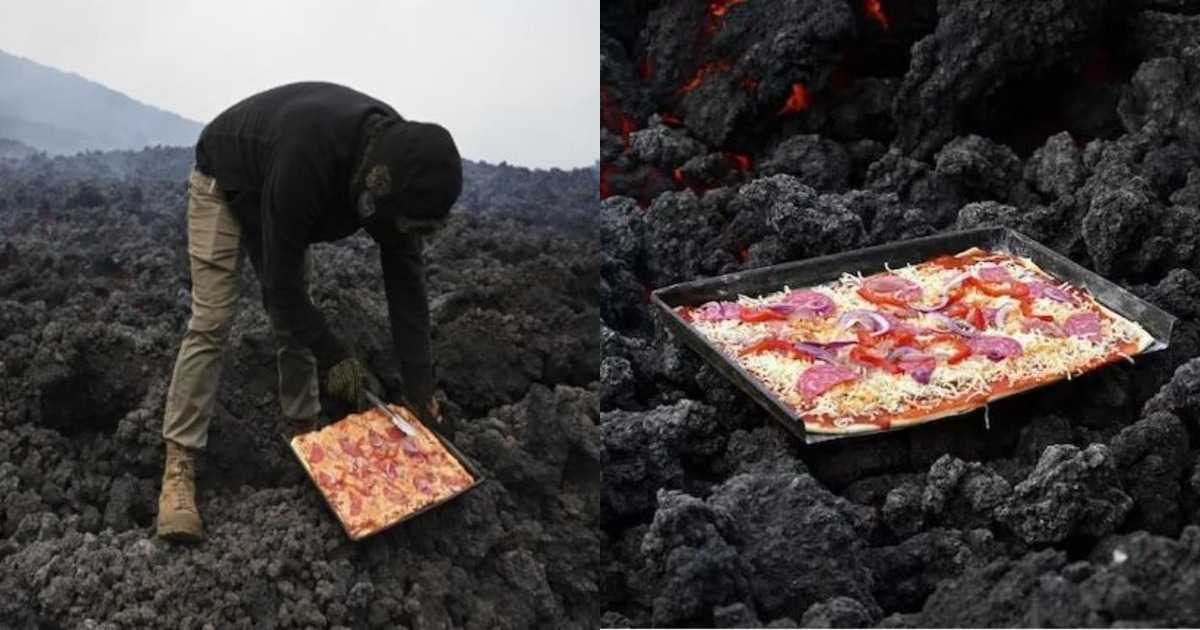 Woodfired Pizzas are the best- however, how far will you go to eat a perfectly baked pizza? Well, we don’t know about you, but this man in Guatemala is going to the next level with pizza. The 34-year-old account, David Garcia, is taking advantage of the live volcano in Guatemala and is baking pizza on the molten lava. He has named the volcano-cooked pizza after the volcano Pacaya. Read on to know more about it.

David has turned streams of molten lava seeping out from Guatemala’s Pacaya volcano into his kitchen. And he is now taking the internet by surprise by baking the perfect pizza on the lava. The pictures and videos of him baking while wearing protective clothing is going viral on the net and how.

VIDEO: 🇬🇹🌋🍕 In an improvised kitchen among volcanic rocks, David Garcia stretches his dough and selects ingredients for a #pizza destined for a rather unusual oven: a river of lava that flows from the Pacaya #volcano in Guatemala pic.twitter.com/wVmnnl61Ib

To bake, David uses special metal sheets, which can withstand temperatures up to 1,800 degrees Fahrenheit. Speaking about this and explaining the cooking process, David, in an interview with news agency AFP, said,

“I put it in a hot cave that was approximately 800 degrees and it came out in 14 minutes.”

Further, he added this pizza tasted quite delicious as it came out of the volcano. Well, with the pictures and videos, we also think that it’ll be tasting delicious. And not only us, but several tourists have also been visiting the volcano site to see Garcia in action and strike a pose with the volcano made pizza.

In terms of the Pacaya volcano- it has been erupting since February and is keeping the locals and authorities on high alert. The active volcano first erupted 23,000 years ago, and ever since then, it has emitted at least 23 times.