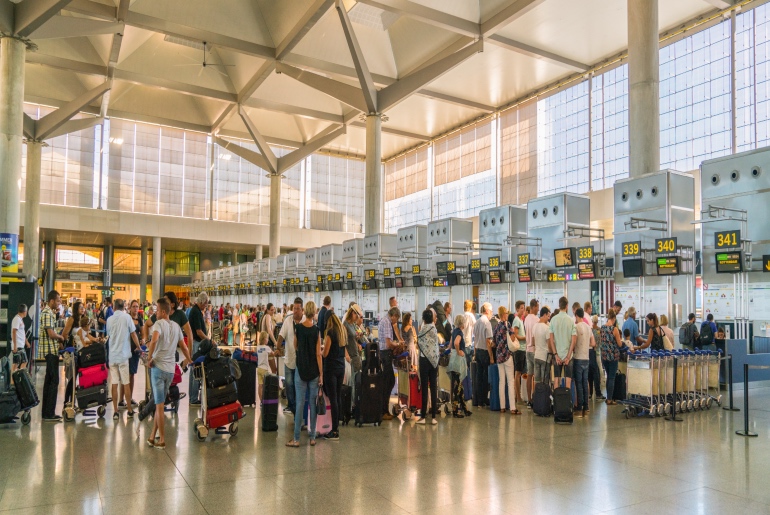 The year’s first official holiday- spring break is here and the Dubai International airport is gearing up to brave the massive crowd. Residents flying out of Dubai have been warned that DXB terminals will be more crowded than usual. The region’s national carrier Emirates airlines is expecting more than 200,000 passengers on 29 March, most of them taking off for the Spring break.

According to Emirates, terminal 3 will be busiest on 29 March with over 42,000 passengers taking off from the country. “Customers are reminded to arrive at the airport at least three hours before their flight departure to avoid any delays,” the airline said. Apart from this, over 205,000 passengers will be exiting the terminal on 2 April. So, in case you’re traveling this weekend, make sure you head to the airport well ahead.

Spring break in UAE schools officially begins from 31 March. The next official holiday in the UAE is expected to fall on 3 April on the occasion of Al isra’a Wal Mi’raj. An official announcement is awaited, however.

Also, Emirates now has reduced baggage by 5kg for Special and Saver economy tickets. Special economy fared will enjoy 15 kgs instead of 20 whole Saver will get 25kgs instead of 30. Business, First Class, Economy flex and flex plus passengers will continue to follow the same baggage rules.

Meanwhile, here’s the complete list of  UAE holidays this year.

Monday 6 May: Start of Ramadan