Meet Baderkhan, The Man Travelling The World With The Worst Passport 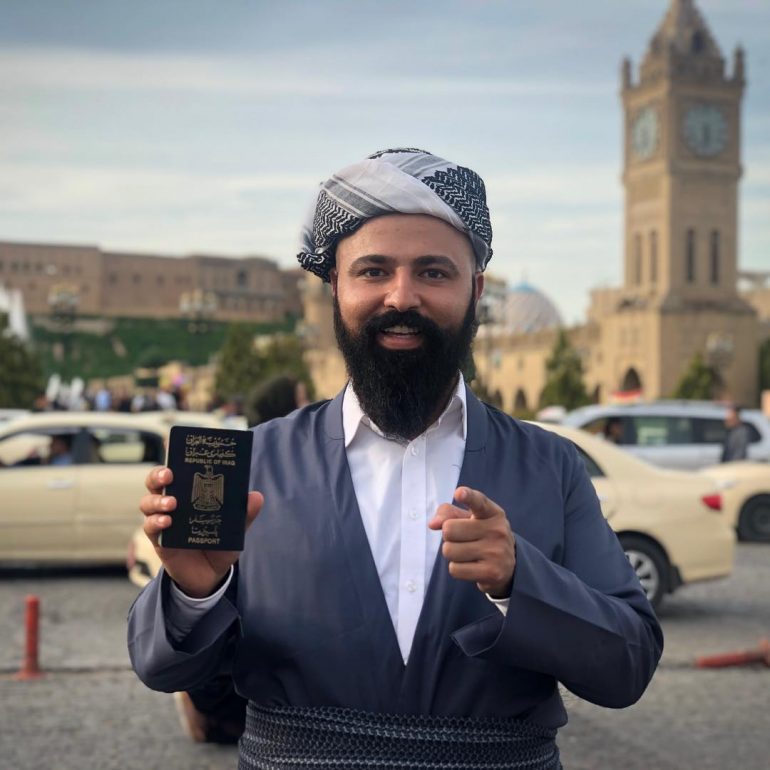 Travelling is supposed to be a very enriching, rewarding and fun-filled experience. But what happens if you have the worst passport ever in the world? Baderkhan knows this struggle all too well. He carries the worst Passport in the world, the Passport of Iraq that ranks at the bottom of the list of Passports. With this, he can only go to 30 countries sans a visa. This compared to a US Passport that allows access to 165 countries without a Visa! But Baderkhan has proved that even the worst passport cannot stop you from living life to the fullest. Here is how he manages to travel with such limited options and discriminatory procedures.

Also Read: Meet The Man Who Travelled From India To London On A Bike

The Man With The Worst Passport
Baderkhan is a popular face and even a celebrity of sorts back at home in Kurdistan, Iraq. He has voraciously tackled all obstacles in his path and visited 70 countries with a passport that only allows him to visit 30 countries without a Visa. Now that’s highly commendable!

A post shared by گەڕیدەBaderkhan Amer Badran (@baderkhanamerbadran) on Apr 21, 2019 at 12:35pm PDT

A post shared by گەڕیدەBaderkhan Amer Badran (@baderkhanamerbadran) on Aug 15, 2018 at 4:31am PDT

Inspiration
It was Baderkhan’s parents that inspired him to take up travel so sincerely. The bedtime stories they would narrate to him as a child piqued his interest to see the world!

Achievements
Not only has he travelled 70 countries with the worst passport ever, in 2016 alone, but he also managed to visit 26 countries! Whoa, he sure is spirited!

A post shared by گەڕیدەBaderkhan Amer Badran (@baderkhanamerbadran) on Jan 31, 2018 at 8:36am PST

Hurdles
This means Baderkhan had to tolerate several tedious procedures and accusations in order to be able to receive visa permits. For instance, Baderkhan had to go to Baghdad and apply for a visa from there when he had to go to the Philippines. He also had to sit in on an interview with the Ambassador. And we crib about going to our own passport offices even. Watch this video to know more about Baderkhan.

Message
The goal behind his travel? It is not to see the world or live life to the fullest but tell the world that, ” I am a tourist, not a terrorist.” We sure hope Baderkhan gets to go places without trouble and hate thrown his way! He is one inspirational man. Respect, brother.

I would like to thank every single person who showed their love & support from all around the globe! I got messages from random people from cities and countries which i never thought i would have a friend from! This kind of support will give me energy to focus on my mission & passion! Hand in hand we gonna destroy all the stereotypes! No barriers, No boundaries, No borders ?? One world ❤️ Global citizen

A post shared by گەڕیدەBaderkhan Amer Badran (@baderkhanamerbadran) on May 23, 2019 at 6:19am PDT