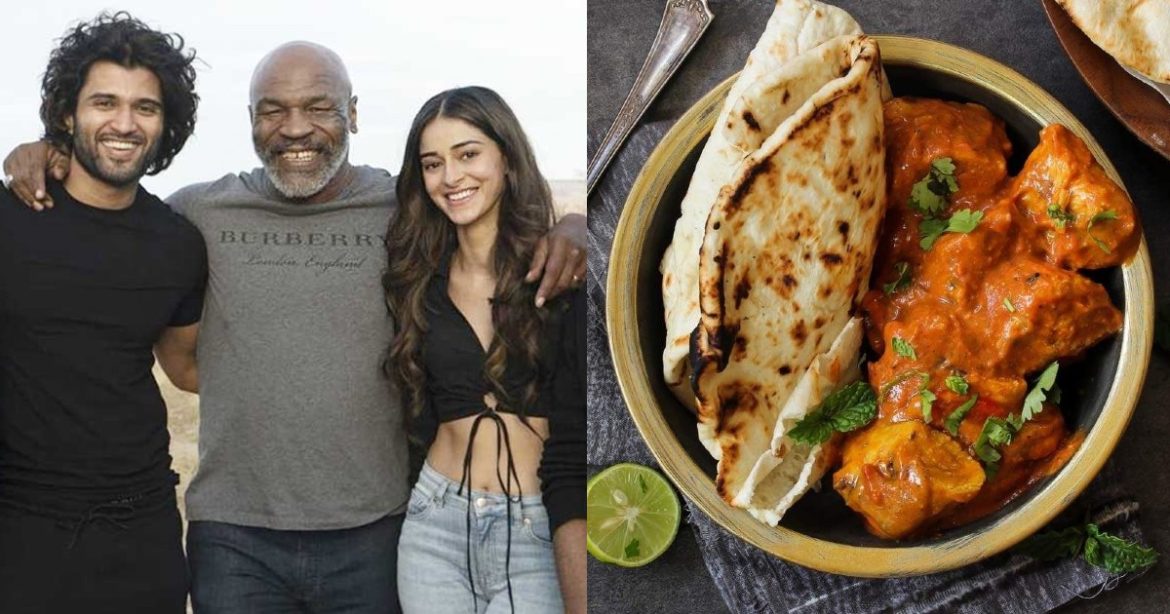 Did you know that the ‘Iron Mike’ of America is a fan of Indian food? Yes, we’re speaking about American boxer Mike Tyson. He and his wife Kiki love Indian cuisine. Mike has been shooting for the film ‘Liger’ now in Las Vegas with Ananya Pandey and Vijay Deverakonda. And the Indian team organised a special lunch for Mike and Kiki. The menu comprised garlic naan, butter chicken, tandoori chicken, goat biryani and also fish tikka masala. Enthralled Tyson also asked for samosa, palak paneer, kebabs and aloo gobi. We’re happy and proud at the same time!

Vijay Is Rishi From The Travel Movie Yevade Subramanyam

Liger, an upcoming Indian sports action film not only casts Mike Tyson but is also Vijay Deverakonda’s debut in the world of Bollywood. He had acted in many popular South Indian movies, including the Telugu travel movie Yevade Subramanyam and Bollywood flick Kabir Singh’s Telegu version Arjun Reddy. In the travel movie Yevade Subramanyam, Vijay had played the role of Rishi.

Ananya Pandey, who also is getting along well with Mike, has shared a lush green piece of scenery from her filming spot, which features a rainbow. Ananya has captioned the video as, “You can’t have a rainbow without a little rain.”

While Mike relishes Indian food, his diet plan includes grubs like oatmeal, milk, chicken breast, rice, steak, protein shake and even pasta, as reported by Man of Many. He would consume around 3000 to 4000 calories a day and convert all of them into muscles by rigorous workouts. After all, earning the title ‘Iron Mike’ and ‘Kid Dynamite’ comes only after loads of hard work. On that note, here’s the diet plan of another fitness buff, javelin thrower and Olympic champion, Neeraj Chopra.