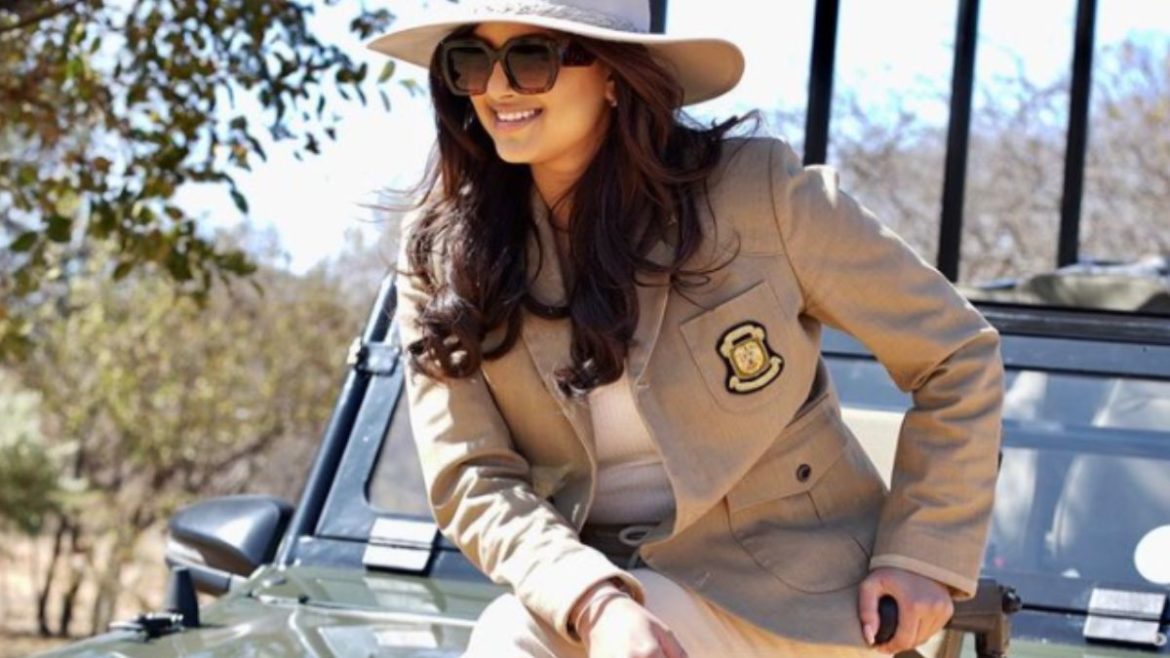 Harnaaz Sandhu, who made India proud last year by winning the Miss Universe title, recently attended Miss South Africa 2022 beauty pageant in Pretoria, South Africa. Harnaaz was there as one of the judges for the competition but work didn’t stop her from enjoying her trip to South Africa. The 22-year-old was seen indulging in a wildlife Safari on Sunday, glimpses of which were posted on Instagram by the official page of Miss Universe. Harnaaz Sandhu spent her last day in South Africa amidst the wilderness, enjoying a safari ride in Golden Impalas Bush Resort, the Jewel of Dinokeng Game Reserve. Read on to know more about the tidbits of Harnaaz’s wildlife safari in South Africa.

Wildlife Safaris are a great way to explore South Africa and its Wilderness. And Harnaaz Sandhu was seen doing exactly that while on her trip to South Africa. On Sunday, the official Instagram handle of Miss Universe shared glimpses of Harnaaz enjoying a safari at Golden Impalas Bush Resort in South Africa, The sunkissed pictures of Harnaaz reveal her sitting on a safari jeep while she soaks up the Vitamin D. The chic pictures were uploaded with the caption, “Where the wild things are. Harnaaz Sandhu spent her last day in South Africa at golden impalas bush resort on a safari.”
Must say, Harnaaz’s choice of adventure sport in South Africa is totally commendable!

Why Is Going For A Safari Ride A Must When In South Africa?

With scintillating natural beauty and dense wildlife, a South Africa safari experience is a must for adventure seekers of all ages. The game reserves in South Africa are home to lions, elephants, buffalos, rhinos, rare cheetahs, zebras, and giraffes. Apart from this, South Africa is also home to the special Big Five which includes elephants, rhinos, buffalo, lion, and leopard. And if you are planning a trip to South Africa and want to catch a glimpse of the Big Five, then Samara Private Game Reserve, located in the Great Karoo of South Africa, is an excellent place for that! Apart from that, your wildlife safari experience will be incomplete without visiting the Kruger National Park. This park is considered the best place in Africa to see the leopard. So the next time you visit the country, do take notes from Harnaaz Sandhu and indulge yourself in a safari ride in South Africa.