6 Most Beautiful Mosques In Sharjah You Need To See 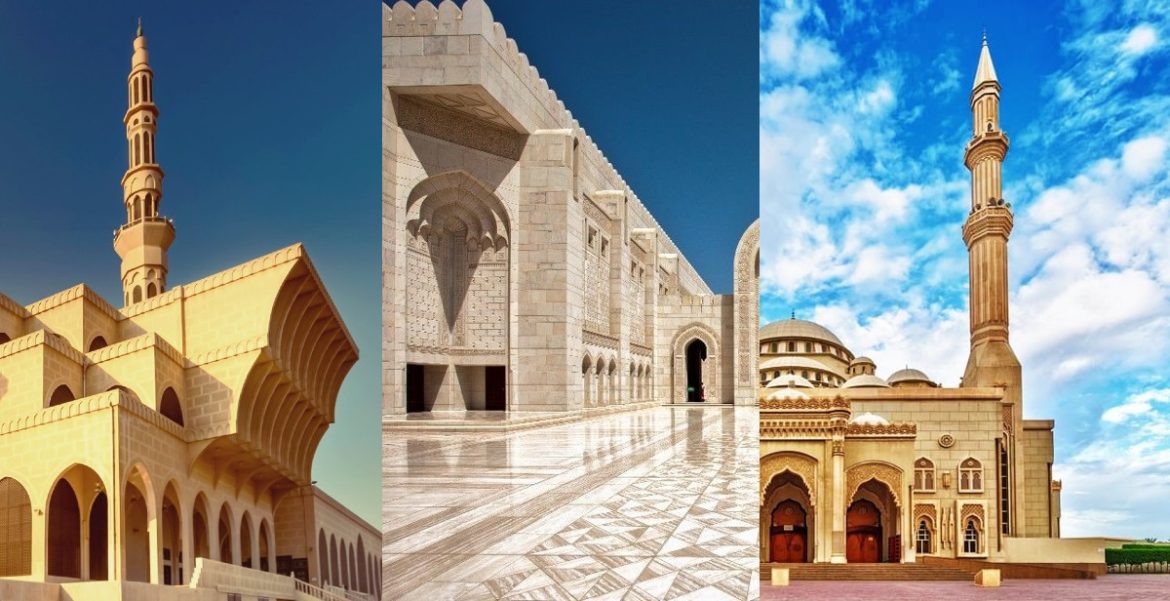 For Muslims all throughout the world, the Arabic word for mosque, masjid, means more than just a place of prayer. They also provide unique insights into the architecture and culture of the region. Despite the UAE’s many architectural marvels, the beauty and rich history of these sacred places of worship continue to attract visitors.

Mosques in the UAE represent the traditional Islamic norms of diverse Muslim civilizations. Masjids are significant to Muslims, but their beautiful architecture makes them worth seeing for non-Muslims as well. Sharjah, the cultural centre of the United Arab Emirates, has a plethora of unique tourist attractions. Sharjah’s mosques, likewise, see a large number of visitors throughout the year.

Under Sharjah’s clear, dazzling skies, Al Noor Mosque is a typical Ottoman-era-inspired architecture that attracts the most attention. The Ottoman Empire was a pivotal figure in Islamic history. Meanwhile, Al Noor Mosque, with Ottoman architectural features, is one of the most magnificent mosques in the UAE. The two minarets and cascading domes resemble the Blue Mosque in Turkey. The mosque has a capacity of roughly 2,200 people at any given time. Non-Muslim travellers can learn more about Islamic and Emirati heritage during the free mosque tours. They may also see the many portions of the mosque as well as the distinctive architectural aspects. 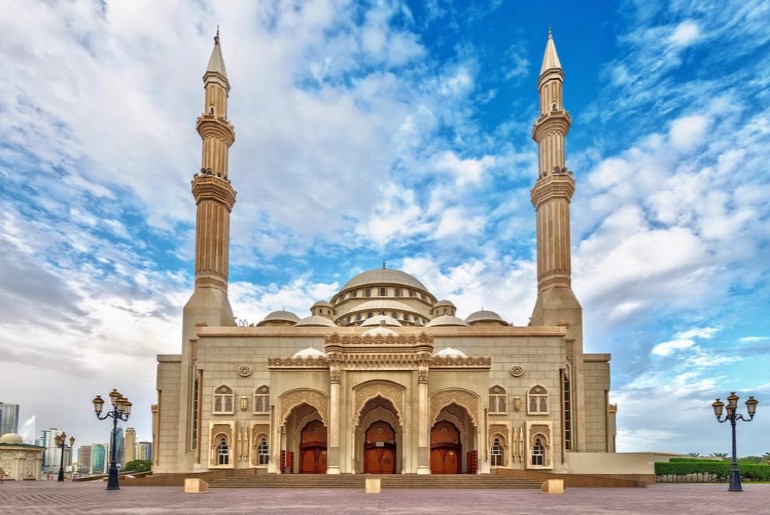 Our second mosque on our list of Sharjah’s most beautiful mosques is the Sharjah Mosque. It was dedicated in 2019 and has a seating capacity of 25,000 people. The main prayer room is lavishly decorated with Quranic calligraphy and a stunning chandelier. The construction of this wonderful place of worship cost AED 300 million. Non-Muslims are welcome to visit the mosque as part of their sightseeing tours. 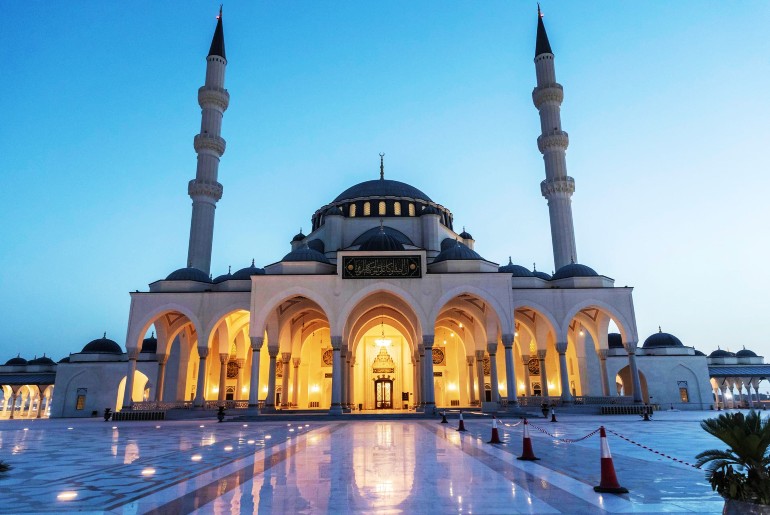 H.H. King Faisal bin Abdulaziz Al Saud, the Saudi King and Custodian of the Two Holy Mosques, has several mosques named after him throughout the Muslim world. In Sharjah, the exquisite architecture of the masjid named for him shines out. When it initially opened in 1987, King Faisal Mosque had a capacity of around 16,000 worshippers, making it Sharjah’s largest mosque. Because its structure differs from the two mosques described above, it should be on your list of places to see in Sharjah. 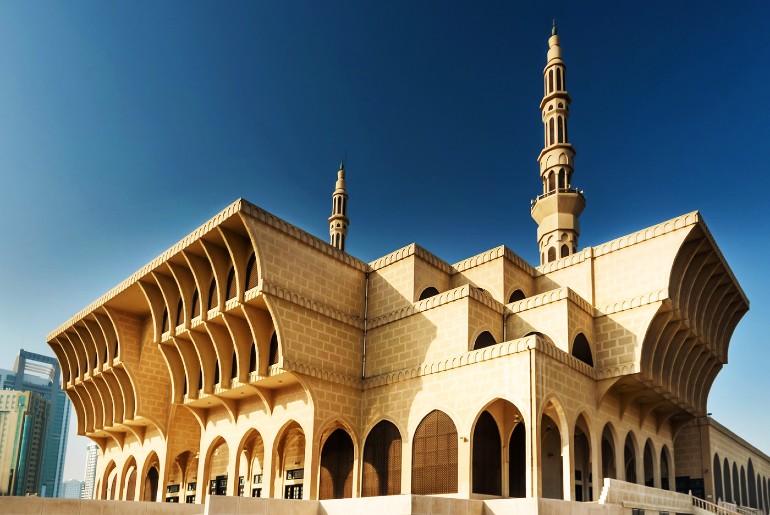 Despite the fact that Al Sakina Mosque is not one of Sharjah’s largest mosques, its unique exterior is undeniably a work of Islamic art. The new mosque in Sharjah has a 35.15-meter minaret and a spherical dome. It has a capacity of 900 people and a separate section for female worshippers, with all of the contemporary Islamic architectural elements incorporated. 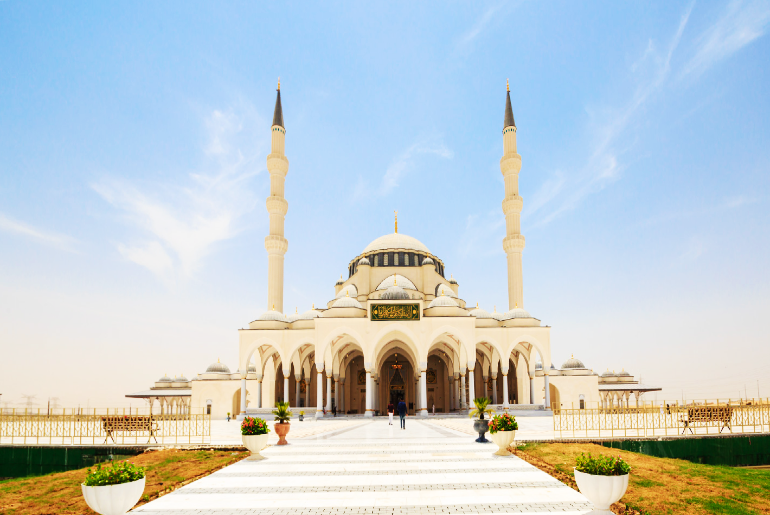 Another mosque in Sharjah that mixes Islamic architecture with modern style. Al Shafaa Masjid is a mosque with five domes and a 21-meter minaret that measures 4,601 square metres in size. The mosque can hold up to 500 people at any given time, with 65 spots dedicated for women. 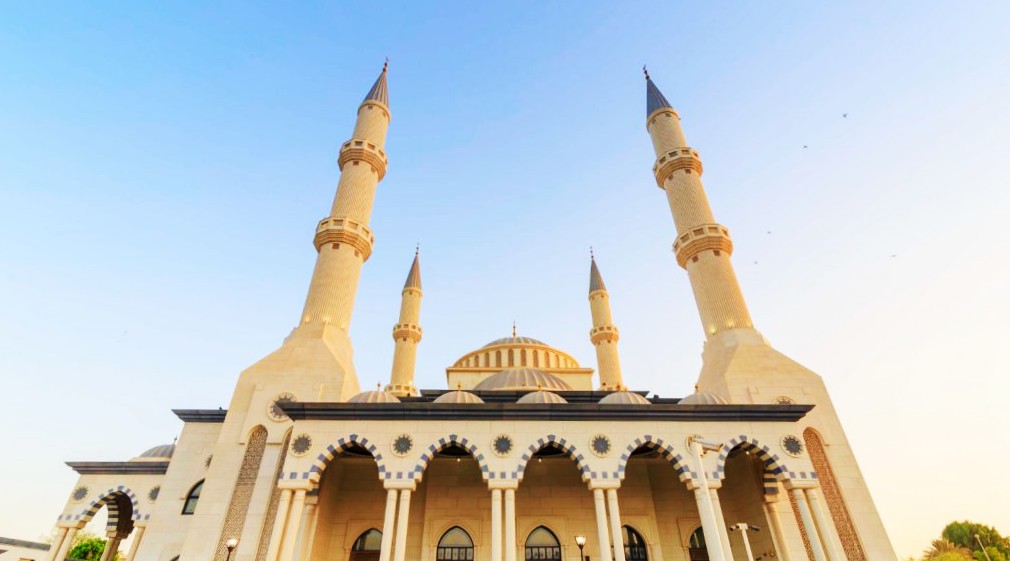 Also Read: 5 New Art Installations In UAE That Will Blow Your Mind

The United Arab Emirates’ oldest mosque was built in 1446 on a hillside outside Fujairah, adjacent to the historic fishing village of Al Badiyah. It was 15 feet tall with a 570-foot area and was constructed of stone and burnt mud-coated whitewashed plaster. The roof is square in shape and is made up of four domes that rest on a central pillar. It has a unique design and construction features that are not seen in any other modern mosque in the area. Despite its small size, a small prayer hall holds daily affirmations for up to 70 people.

Photography is permitted within the mosque, and the view from the top of the hill may give the perfect backdrop – small green farms flanked by distant mountains. Given its location in a region with a history stretching back to 2000 BC, it’s no surprise that the Al Badiyah Mosque is one of the UAE’s most popular tourist attractions. 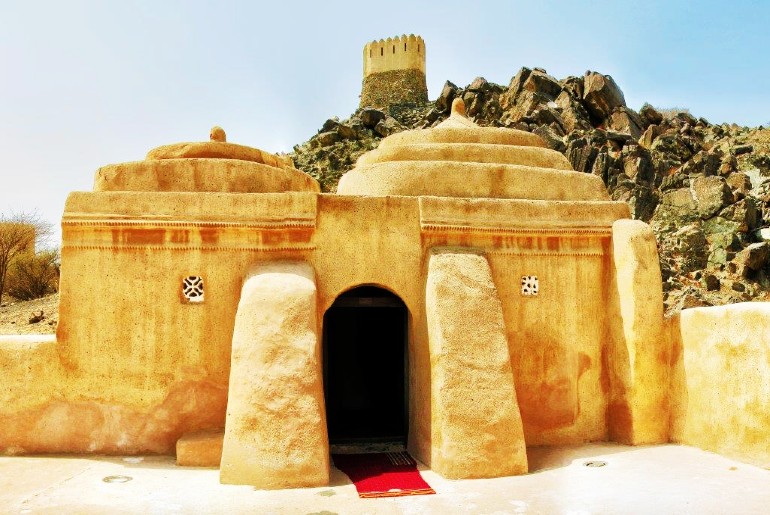