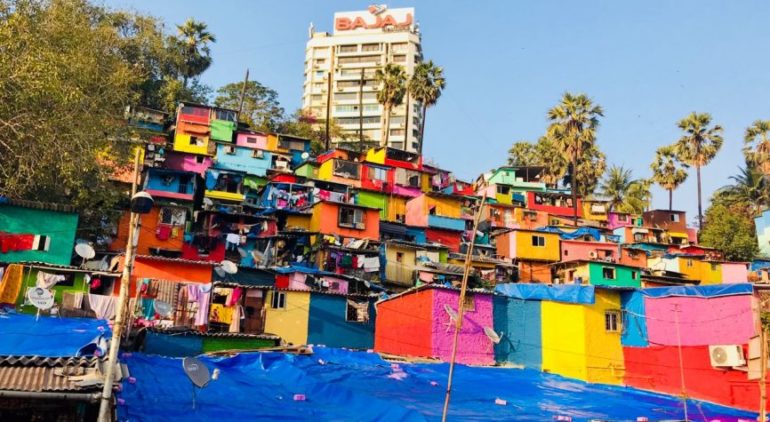 Rouble Nagi and her team of volunteers from Misaal Mumbai are adding colour to our city – Mumbai.

Have you ever wanted to paint on a huge canvas? Well, here’s your chance! Mural artist Rouble Nagi and her team have been doodling all over the city and you can join them too. Rouble has run art camps across slums in the city over the past eight years. Nagi has made the city her canvas and has painted 12,000 plus huts and houses in areas such as Bandra west, Cuffe Parade and Colaba. Now isn’t this simply amazing? Nagi has helped revamp some of the city’s lower lying places in the city. She initially faced issues by locals such as the lack of basic sanitation and hygiene facilities etc. This is what Rouble had to say, “Initially locals were very suspicious of us. Locals too have pitched in, in any way they can.  Some offered their brooms and buckets for us to clean the area, others recruited friends from college to help with the paint job. People even opened their homes and kitchens for us.”