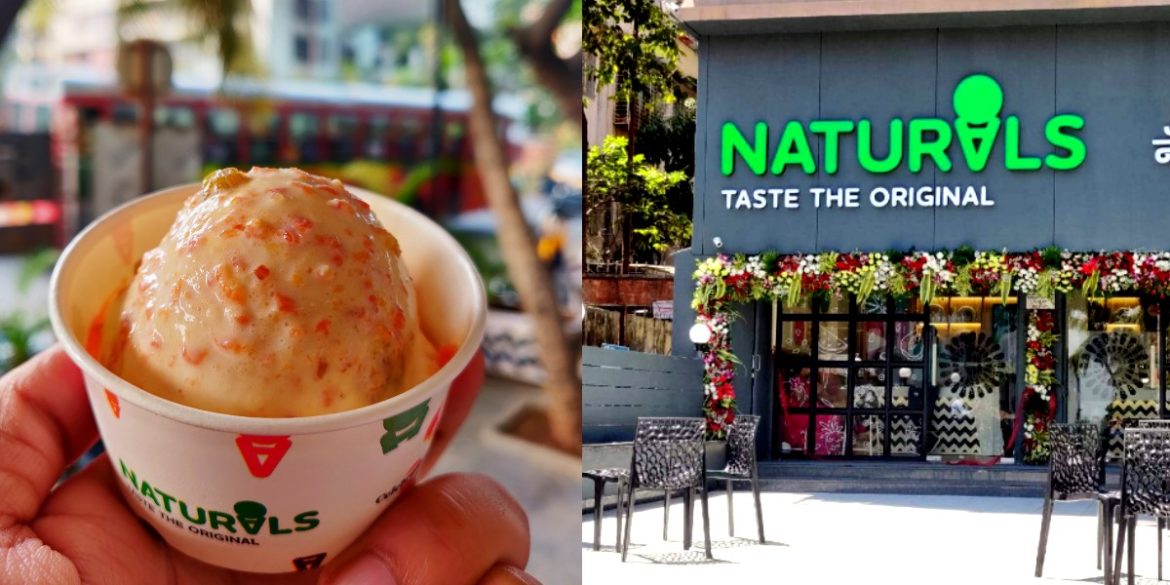 In the day and age of food trends, ice creams have witnessed an evolution of a whole different kind. From the perplexing Masala Dosa Ice Cream to the puke-inducing Momo Ice Cream that left even Chef Ranveer Brar asking why, unique ice cream flavours has left me thinking twice. And that’s exactly what happened when I stepped into a Naturals Ice Cream parlour in Bangalore. My mind was set on my favourite Tender Coconut flavour. I wasn’t too keen to experiment. That was until the ice cream vendor urged my family and I to try the Gajar Halwa Ice Cream. This winter special is apparently a bestseller in the outlet. So, what’s my verdict on the Gajar Halwa Ice Cream at Naturals? Is it a yay or nay? Read on to find out.

Naturals prepare Gajar Halwa Ice Cream only during the winter season as it’s made of seasonal red carrots. When I first tasted the recommended flavour, I was taken aback by how our beloved mithai has been perfectly blended with ice cream to create a winter special delicacy. The ice cream made of red carrots, milk, sugar and dry fruits has just the right amount of sweetness. You can see and taste the shredded texture of the red carrot halwa and the dry fruits in the creamy ice cream. In fact, Gajar Halwa Ice Cream is also great to consume during the festive season like Naturals’ Prasadam Ice Cream launched during Ganesh Chaturthi, which is made of tender coconut, banana and raisins.

This Ice Cream Is Made Of Seasonal Red Carrots

I admit being sceptical to try out Naturals’ Gajar Halwa and perhaps I blame the internet ice cream trends that left me scandalised. But when I tasted the Gajar Halwa Ice Cream, it definitely convinced me to order an entire scoop. The interesting texture of creamy ice cream, grated red carrots and crunchy dry fruits, made every mouthful a different one. As a Gajar Halwa fan myself, who’s gorged on plenty of red carrot halwa during chilly winters, this ice cream, in my opinion, certainly did justice to our beloved mithai. So, the verdict on Gajar Halwa Ice Cream at Naturals is YAY!

What Other Flavours Can You Try At Naturals?

When in Naturals, I’d suggest you try the popular Tender Coconut and Sithaphal( Custard Apple) ice creams. These flavours are light, fruity and you can taste pieces of chopped fruits with every bite. Another favourite flavour amongst my family is the Roasted Almond, it’s quite nutty and velvety. The rich almond taste might remind you of the German special Marzipan ( a sweet made of almond meal). So, ice cream lovers! Make your winter a memorable one with the seasonal Gajar Halwa Ice Cream at Naturals. Relish this amusing new flavour that offers you the best of both worlds- desi mithai and ice cream. I surprisingly enjoyed it, I hope you do too!