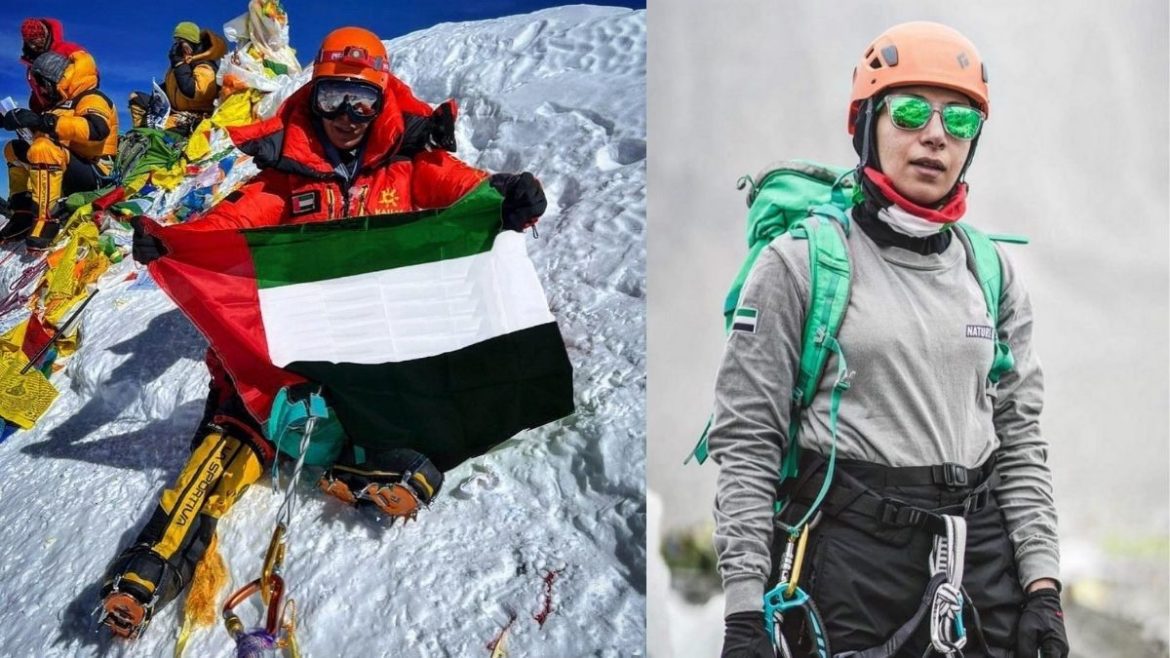 Nayla Nasir From UAE Stand On Top Of The Mount Everest

Everest Exped is an expedition that Nayla participates in with Seven Summit Treks, 2022 Spring. She became the first-ever Emirati female to climb Mount Everest, reaching 8848.86 meters on May 14, 2022. She did it while hoisting her nation’s flag at the summit of the world’s tallest mountain.

Because of the favourable weather, the spring climbing season on Mount Everest expects to conclude sooner than expected. In only one week, the mountain has seen over 350 ascents. According to the Department of Tourism, 317 climbers have secured permits to climb Everest from the Nepal side during the current spring season.

Her announcement comes on the heels of that of Manal Rostom. She is based in Dubai and became the first Egyptian woman to conquer Everest. However, the news of her accomplishment was also made public this week. Manal reached the mountain’s peak on May 16 at 6:30 in the morning, and she returned safely to base camp that day.

Also Read: There Has Been A Call To Rename Mount Everest As Sikdar Parvat & Here’s Why!