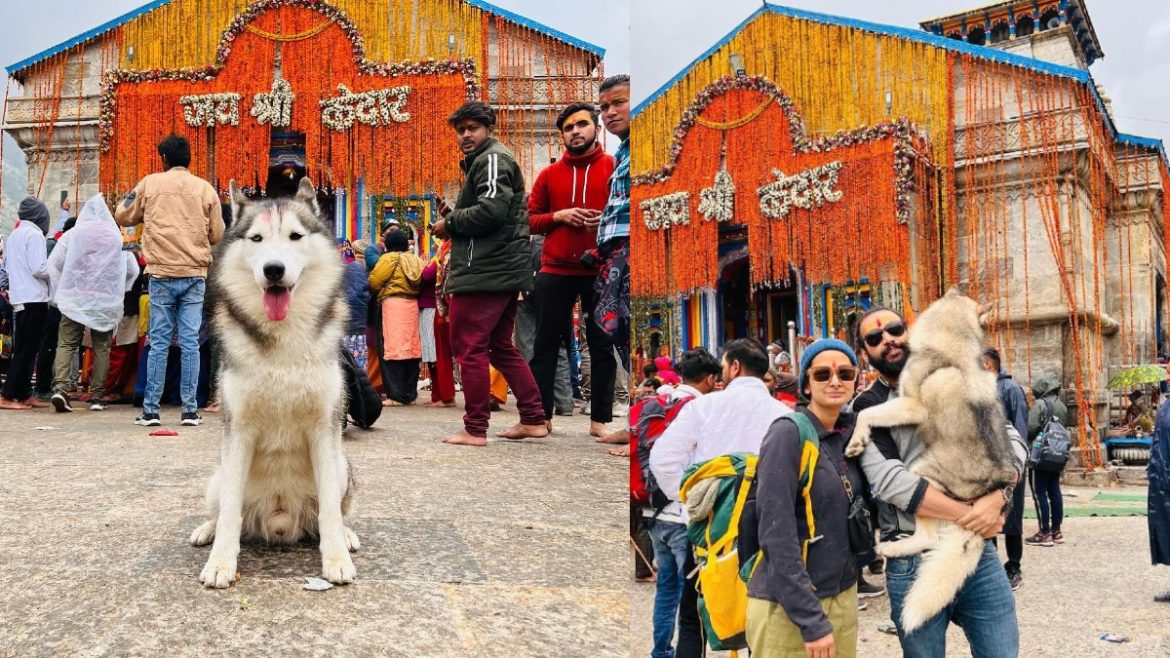 For pet parents, the pets are like their own kids. Thus, if they seek blessings from the almighty for themselves, they do the same for their children too. But a recent incident that took place in Kedarnath did not go well with the temple committee members. Rohan Tyagi from Noida recently visited the Kedarnath Temple in Uttarakhand and also took his pet dog Nawab along on the trip. Nawab is a four and a half-year-old Siberian Husky who is also interestingly known as the first paragliding pet of India. On Nawab’s Instagram page, a video was uploaded where he was made to touch the feet of Nandi, the sacred bull of Lord Shiva. He also got a tilak from the priest. The temple committee did not take the incident on a positive note and said that it has hurt the religious sentiments of pilgrims. The committee has also lodged an FIR against the incident.

Kedarnath Temple Committee Filed FIR Against The Incident, But Netizens Come In Support Of The Dog

While some people were not happy with the incident, many others showed their support for Nawab and Rohan. A social media user commented, “Dogs are also God’s kid, they have complete right to worship God.” Another wrote, “I am sorry but he may be the purest soul ever visited there.” Yet another commented, “We support you there’s absolutely nothing wrong in this.” The hashtag #wesupportnawab is also going viral on the internet.

Nawab is an influencer pet and has over 75.6K followers on Instagram. He was also the first pet in India to go on a paragliding experience with his owner.