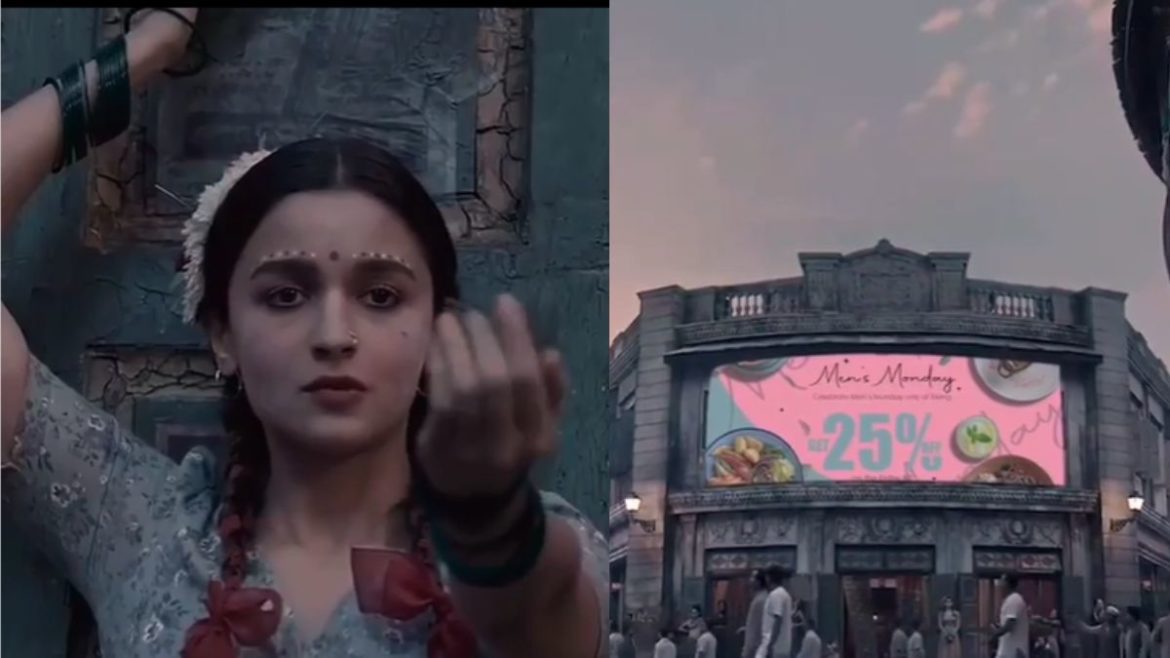 A Bollywood movie ‘Gangubai Kathiawadi’ was released on the big screen a few months ago, starring Alia Bhatt in the lead role. Most of us have already watched the film and surely all of us have heard of it. A Pakistani restaurant ‘Swing’ is recently receiving a lot of hatred and backlash from the netizens and the reason is related to the aforementioned Bollywood movie. They have used a snippet from the movie for promotional purposes and as a result, they are receiving immense criticism and hate for the distasteful advertisement.

In the movie, we see Alia playing the role of a sex worker and standing outside the brothel in search of her customers. Swing used that painful scene to promote their special Men’s Monday and discounts. They promoted their offer with the caption, ‘Aja na Raja – what are you waiting for? Swings is calling out all the Raja’s out there. Ajao and avail a 25% discount on Men’s Monday at Swings!’ The expectations of this Karachi-based restaurant backfired on them.

Netizens Are Backlashing This Promotional Stunt

The video has gained over 130K views and over 1700 comments but none of the comments are really in their favour. Netizens are not at all appreciating the advertisement and found the advertisement to be cheap, shameful, and crass. Everyone is judging and questioning the owners for their insensitivity. The comment section of the promotional video is flooded with backlash and resentment.

The Pakistani restaurant uploaded another post where they admitted that they did not mean to hurt anyone’s sentiments with their marketing strategy. However, the restaurant defended itself and wrote something in their new post that infuriated the netizens more than before. They made a newspaper layout and put the headline as ‘Aray logon, itna dil pe kyun leliya?’ (why did you take it so close to your heart) and ‘Movie kare tou aag, restaurant kare tou paap’ (it is fair for a movie to do it and it seems hot in a film, but it is wrong when a restaurant does it). They shared this post with the caption, ‘Just a concept. We didn’t mean to hurt the sentiments of anyone. The movie and this post is based on a concept.’

Instagram users are once again criticising this post. They feel that a simple apology would have been way better than posting such headlines.