Pakistan’s Viral Chaiwala Launches His Own Cafe In Islamabad

Back in 2016, a blue-eyed chaiwala in Pakistan received fame when his picture became an internet sensation. He was offered movies, TV shows and even advertisements. But that chaiwala, Arshad Khan has come a long way, since the first time he mesmerised the world with his magnetic looks. Arshad Khan recently his own café in Pakistan’s capital Islamabad. Named Café Chaiwala Roof Top, Pakistan has a new adda to catchup on chai served by the very own blue-eyed celebrity, Arshad Khan. Read more to find out.

Arshad Khan Became Famous In 2016 After His Photo Went Viral 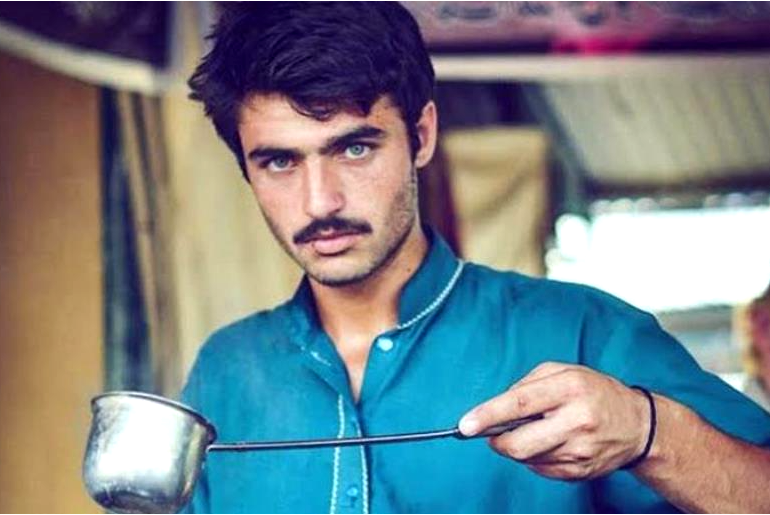 After getting fame and money, Arshad decided to do what he is best at and launched his chai café in Islamabad, named Café Chaiwala Roof Top. Speaking to regional news channels in Pakistan, he said, “Many people asked me to name my café as Arshad Khan and told me to change the current name. But I refused because ‘Chaiwala’ is my identity.” Café Chaiwala Roof Top is quite an amazing place and is filled with a range of desi decor items like kites and paintings. Talking about the decor of his cafe, Arshad said, “We have used truck artwork to design the café and also placed desi tables and chairs”.

Also Read: 6 Cute Garden Cafes In Bangalore For Your Next Date With Bae

This cafe serves much more than chai. There are more than 20 dishes available at the café. Arshad loves spending his time at the cafe but, as of now, he is completing his entertainment projects that have been pending for long. Since his popularity, Arshad has done modelling for several famous brands and has featured in a music video too in 2017. The social media world is quite excited about his new venture and good wishes are pounding in for him from all the directions. Back in India, plan a visit to Delhi’s unique Echoes Cafe run by the deaf and mute.