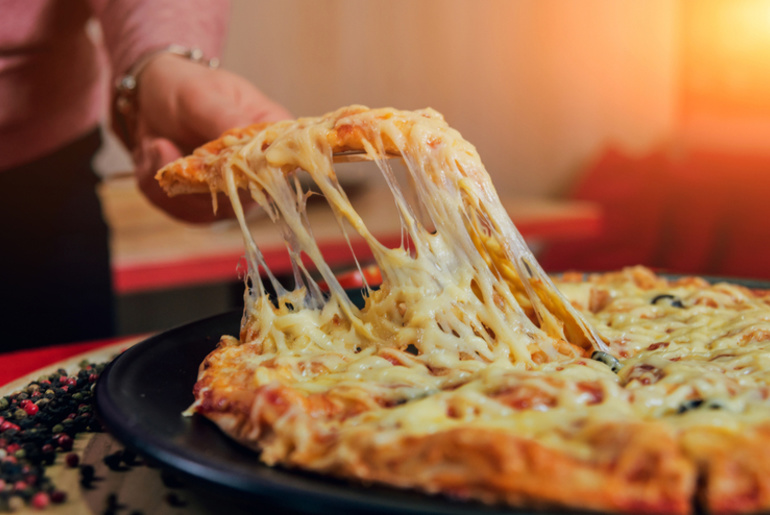 An American chef has broken the world record for pizza with 111 types of cheese.

Also read: Get Your Hands On This Box Of 12 Types Of Pizza Served In North Delhi The chef who created the dairy-heavy pie chose to keep the pizza small and not expand it to hold the more than half a pound of cheese. The chef carefully measured out 2.6 grams of cheese to keep the food uniformed.

The cheese varieties that were used were “Mozzarella, Emmental, Leicesterchire red, Comte and Raclette de Chevre and lots more.

Also read: We Challenge You To Try The Spiciest & Largest Pizza In Pune City!