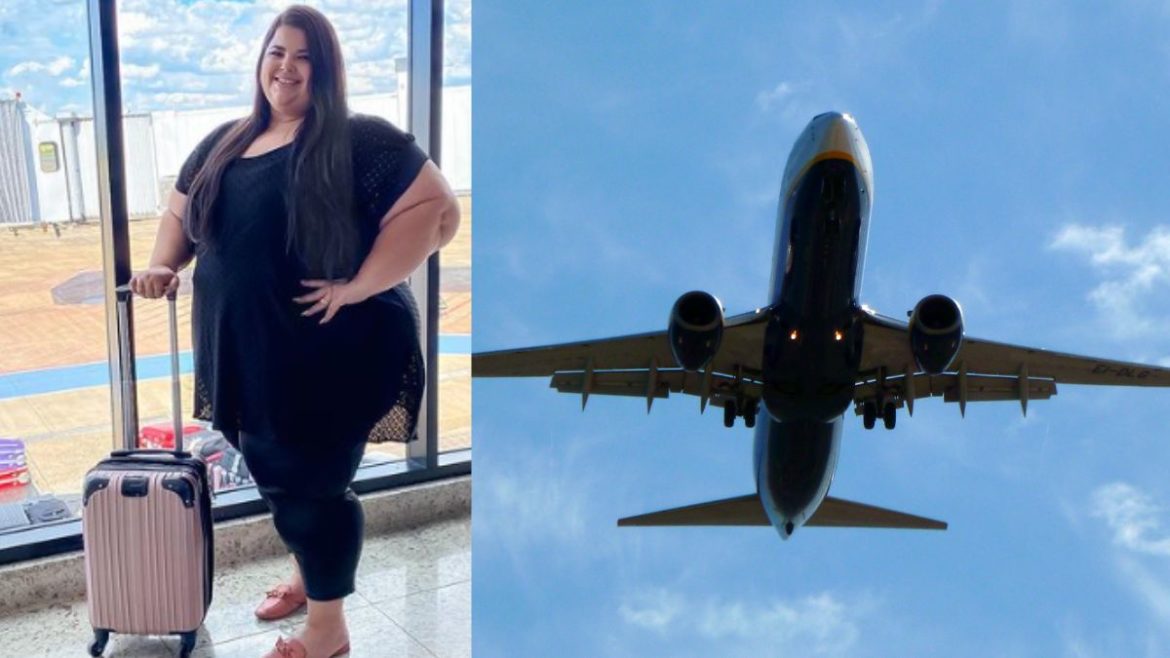 When you try to board a flight, the airlines may refuse you on some legitimate grounds in order to avoid any inconvenience to you, the aircraft, or other passengers onboard. But in a very weird incident, Brazilian plus-size model Juliana Nehme recently claimed that she was banned from boarding a flight because of her size. The 38-year-old influencer was at Beirut airport, Lebanon, and was denied boarding by Qatar Airways.

Plus Size Model Banned Because Of Her Size

Plus-size model Juliana was at Beirut airport, Lebanon, with her mother, nephew, and sister. They were to board a Qatar Airways flight to Doha, Qatar. She claimed that she was denied boarding because she was too fat for her seat. She was then asked to buy a business class ticket, which cost about £2,480 because it had larger seats.

The model, who was on family vacation, had to catch a flight from Doha, which had an onward connection to her home country of San Paulo, Brazil. She asked for help online, venting her frustrations. There were only 30 minutes until the flight departed and  she was in desperate need of help. Juliana shamed the airlines for this discrimination.

Also Read: From Qahwa To Gift Boxes, Emirates Passengers Taking Off From Dubai Will Get A Sweet Sendoff During UAE National Day!

Qatar Airways said that the plus-size model was denied boarding because one of her relatives, who accompanied her on the flight, did not produce the required COVID report documents. This document was required for boarding the connecting flight from Doha. As a result, only her sister and nephew boarded the plane, while she and her mother had to stay behind.

The airlines also asserted that when a passenger hampers a fellow passenger’s space, cannot lower their armrests, or cannot secure their seatbelts, they are required to book an extra seat for the safety and comfort of them and all passengers. It is in line with the industry rules.

What are your views on this? Let us know in comments below!