Quite Literally Over The Rainbow! Viral Video Shows How A Rainbow Looks From Above! 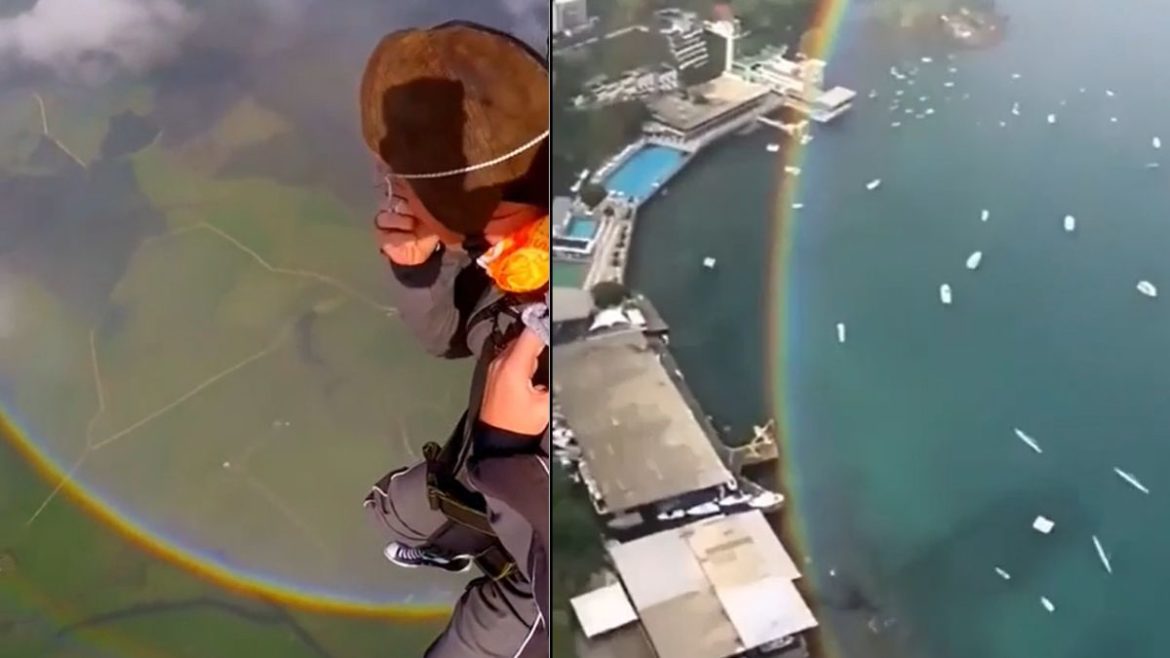 We all love catching the glimpse of the rainbow. No matter how many times we have seen it, the sight of the rainbow always makes our heart smile. Recently a video surfaced the internet which went viral in no time. The video was shot by a woman who was skydiving and was lucky enough to catch the glimpse of a rainbow. The video features what a rainbow looks like from the sky.

Rainbow From The Sky

Rainbows are for sure the most beautiful natural phenomenon and are a delight to the eyes. From children to grown ups everyone loves catching a sight of it. The viral video shows a woman skydiving as she captures this beauty in her camera. The 10 second short video was posted by a Reddit user. You can clearly see the full rainbow forming a perfect circle from the sky with all the seven colours. We all have always seen it in semi circles and this video making it look like a large lens simply blew the minds of the people. No one surely would have imagined seeing a full band of colours which looked so mesmerising.

The Internet Is Amazed

People who watched the video that surfaced on reddit are in total awe of it. The video which was posted more than 12 hours ago has by far received 99,000 upvotes and more than 100 comments. Many people appreciated the woman who was able to capture this glimpse and also tagged her lucky as she witnessed it live. Another video of a unique rainbow pileus cloud, which was shot in Haikou City, China, also gained popularity on social media. A mesmerising view of a rainbow-colored scarf cloud over the city can be seen in the video. A pileus typically develops when quickly rising air in a towering cloud pushes the cooler air above it. It is so surreal as to how nature never fails to amuse us in various ways with its beauty.

How did you find this view of rainbow, do let us know.