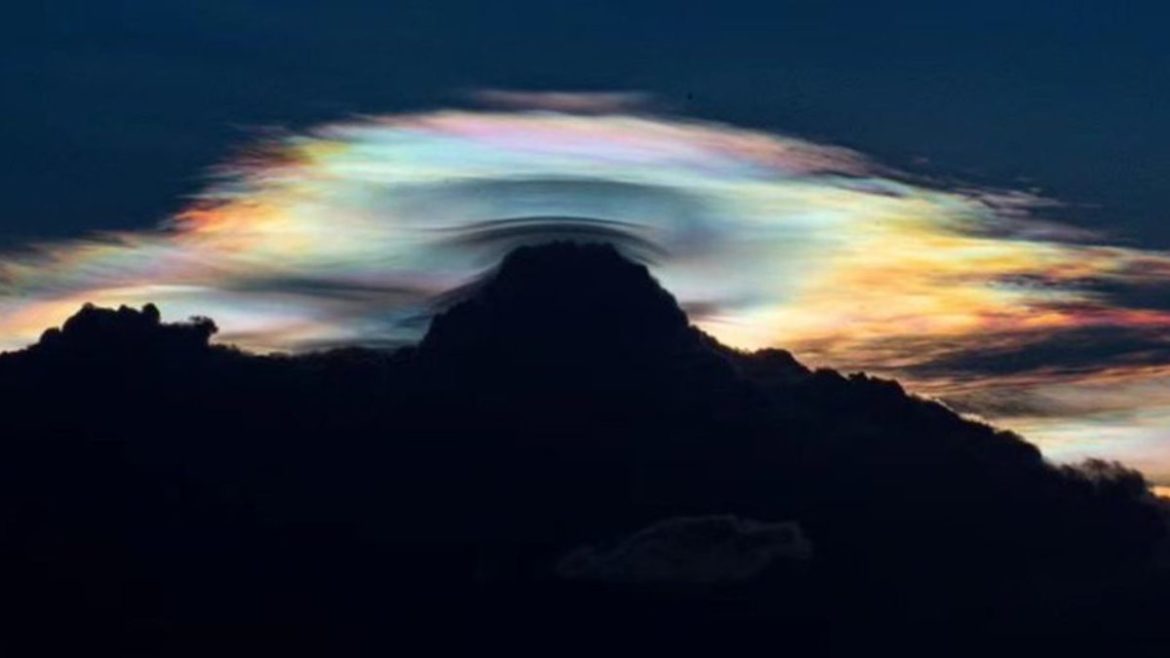 Nature often surprises us with its incredible happenings. Recently, the world, and more specifically, the inhabitants of China, witnessed a special gift by nature. Yes, you heard it right! On August 21, a rare and beautiful rainbow in the skies of China’s Haikou city grabbed the attention of the whole world. The inhabitants of China as well as the onlookers on the internet were left stunned when they spotted a unique rainbow in Haikou but in the shape of a cloud. Later, reports from The Weather Network revealed that the rare phenomenon that happened in the city was actually a rainbow cloud called the ‘Pileus Cloud’.

More About The Rare Rainbow Cloud

Moments later China spotted the beautiful rainbow cloud in their Haikou city on August 21, the Weather Network revealed that it was actually a “Pileus cloud.” Also called the “cap cloud” or the “scarf cloud, the formation of a pileus happens when the rapidly rising air in the updraft of a towering cumulus cloud, a cumulonimbus, pushes against the cooler air above it. This leads to condensation of the moisture right along the top of the updraft, thus forming a Pileus. As for the rainbow cloud to get its colors, the sunlight has to be at the right angle. It’s then that diffraction of light takes place between the droplets and ice crystals in the cloud, giving the Pileus its colors, which resemble those in a rainbow.
According to reports, it’s very rare to spot such a rainbow cloud. Such clouds also have a very short life because the rainbow cloud gets eaten up by the cloud on top of which they appear. The lower cloud rises up through convection to absorb Pileus.

Numerous videos of the rare rainbow cloud were uploaded on social media and soon went viral. Netizens were amazed to see the beautiful phenomenon of nature that occurred in China. One user wrote, “China got lucky,” while another said, “My whole life would change if I saw this irl.” Some couldn’t believe their eyes and wrote, “This ain’t real.” But the one comment that we could totally relate to was when a user tweeted, “I would love to see it someday.” Well, we too hope that we get to witness something so magical like the rainbow cloud someday in India.

Also read: Antarctica Sees Sunrise After 4 Months Of Darkness And The Visuals Are Surreal