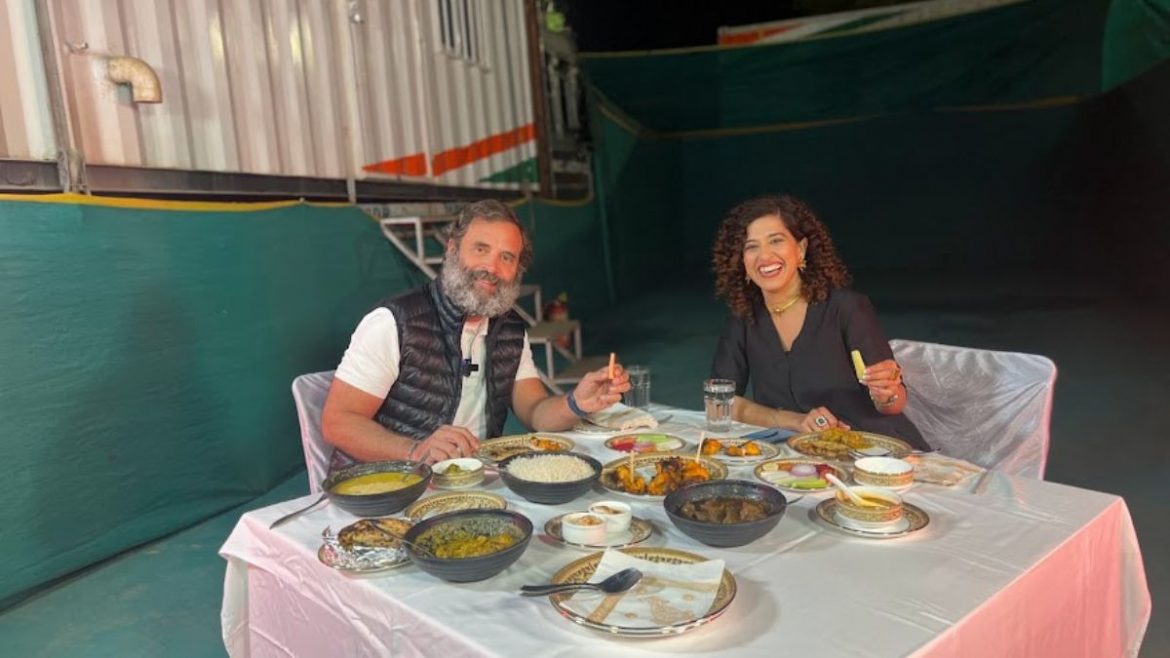 In case you missed it, our guest for this episode of Sunday Brunch is none other than the famous politician Rahul Gandhi. After a long day of walking for his Bharat Jodo Yatra, he sat down with our Editor-in-chief Kamiya Jani for a fun and casual Sunday Dinner instead of our regular Sunday Brunch. We had a fun conversation which brought out his non-politician persona which was a treat to see. Here are Rahul Gandhi’s personal recommendations if you want some scrumptious food in Delhi.

Everyone knows that Delhi is unbeatable when it comes to food. In this episode of Sunday Brunch, Rahul Gandhi revealed his personal favourite eating spots that he loves to frequent. His first recommendation was Moti Mahal, which Kamiya recognised for its butter chicken.

He also recommended three other restaurants. Sagar restaurant and Swagath Restaurant, too are his faves. He also mentioned that sometimes he also likes to visit Saravana Bhavan.

He also mentioned that he used to go to old Delhi for gol gappas and chhole bhature but now he doesn’t anymore. So the next time you’re in Delhi, make sure you visit these restaurants and try their delicious food that even Rahul Gandhi cannot help but love.

Also Read: Rahul Gandhi: If I Become The Prime Minister Of India, I Would Transform The Education System | Curly Tales

Education, Plans For India, And Much More 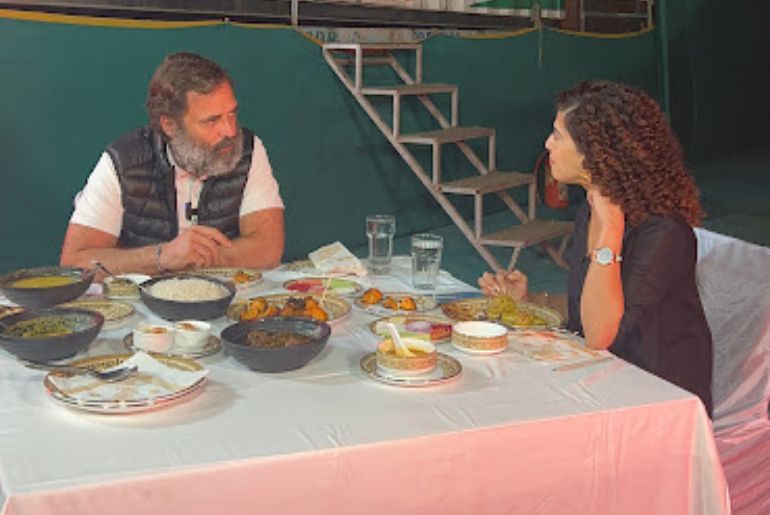 In this interview, Rahul Gandhi opened up about his childhood, education, and his plans for the country if and when he becomes Prime Minister. About his education, he said that he studied Politics and International relations at Harvard in London. And also traced for us all the institutions he had studied at.

When asked what are the three things that he would do if and when he becomes the prime minister of the country, he responded by saying that he would like to transform the education system in India, help small businesses and protect the worse-off people like labourers, farmer, and unemployed people.

He spoke about so much more. If you haven’t seen the interview yet, go watch it now and tell us what your favourite part was.