Did You Know? There Are Rainbow Colored Squirrels In India 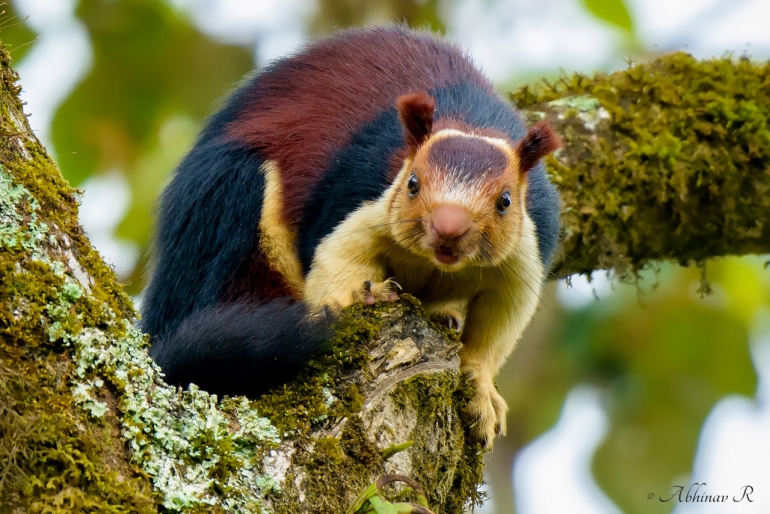 We’ve seen the regular brown, rust and grey coated squirrels that scurry around bough to bough, in the lookout for every possible nut there is. But what a lot of Indians didn’t know up until very recently is this: there are rainbow colored squirrels in the Malabar region of South India. Courtesy of amateur photographer, Kaushik Vijayan who discovered these beauties by chance, we now know of this previously unheard of phenomenon. 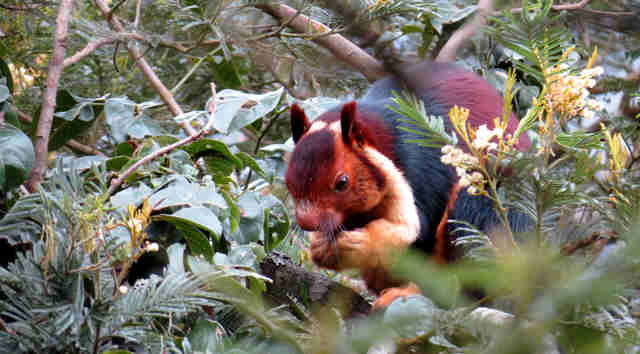 What You Should Know

Known by the name Ratufa Indica, these multi-colored giant squirrels were snapped at the Pathanamittha district of the south-western tip of the Indian subcontinent. The locals know them as “sheru” and each of these squirrels are a good 3 feet long. They are colored in tan, purple and orange from head to toe.

Also Read: Sleep Near 72 Lions At This Airbnb Cottage In South Africa! “The sight was an absolute feast for my eyes,” Vijayan told the New York Post.

We can totally imagine the surprise on our photographer’s face as he beheld them for the very first time. He then decided to capture these Malabar squirrels on his camera post which the photos went viral on his social media stream.

Apparently this strange coloration of the Malabar giant squirrels allows them to confuse predators on the hunt. And it also helps them attract a potential mate. (Damn, isn’t it nice to not only be rainbow-hued but also badass?)