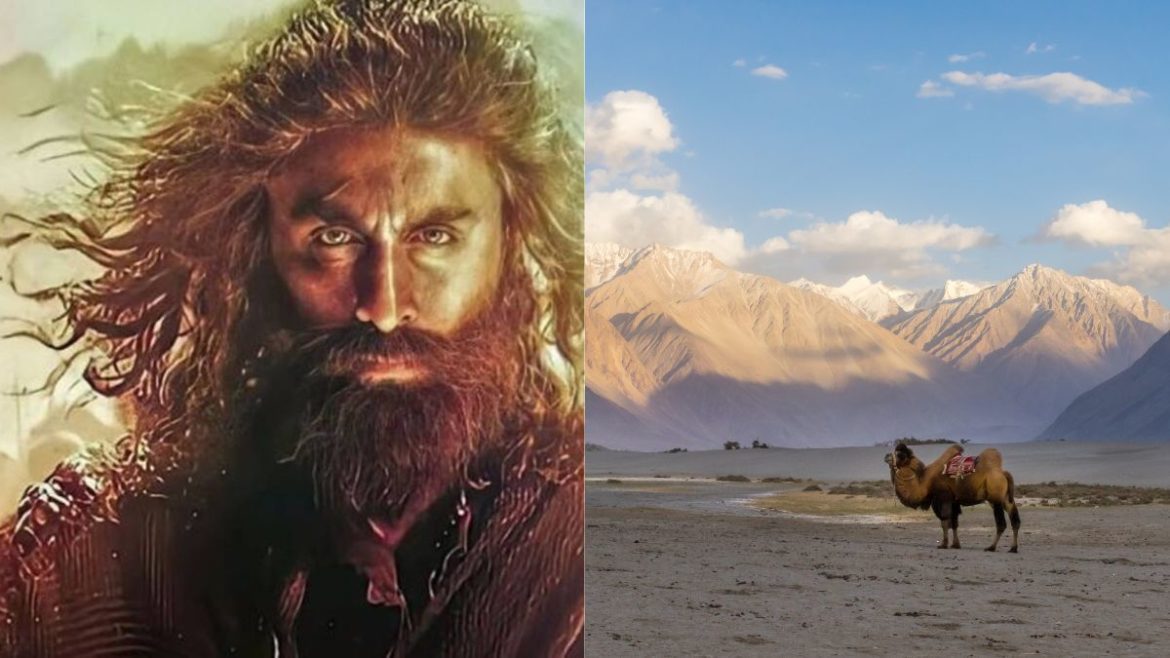 Actor Ranbir Kapoor is promoting his upcoming film, Shamshera to the fullest. He is interacting with the media, promoting among influencers and doing interviews to talk more about his film, Shamshera. This period film features, Ranbir Kapoor in the lead with Sanjay Dutt, and Vaani Kapoor. The film is set in the 1870s, during the British Raj. The film is a cinematic brilliance, directed by Karan Malhotra. With top-notch visuals and designs, coupled with the acting skills of Ranbir Kapoor, audiences are nothing but excited to watch this film. Shamshera is scheduled to release on July 22, 2022.

Shamshera Shot At This Stunning Location In India

If you take a look at the trailer of the film, you’ll be surprised by the effects and backgrounds. They are top-notch and truly depict the time of the film and capture the essence of the story. Shamshera was shot in the gorgeous Nubra Valley and you’ll be shocked to witness how it looks in the film. Honestly, the film will surely make you want to visit this gorgeous valley right now. Apart from Nubra, it is said that Shamshera’s few scenes were shot at the Goregaon film city as well.

Being the spot where the iconic Shamshera was shot, Nubra Valley just adds more drama and character to the storyline in the film. And if you take a look at a simple scene from the Shamshera trailer, you will readily agree with us. Nubra Valley is located in Ladakh and is a high-altitude cold desert. You can definitely visit the place and plan to do a number of activities like camping, visiting the famous villages, and monasteries, visiting the lakes and enjoying the stunning views of the valley.

On that note, also take a look at this –