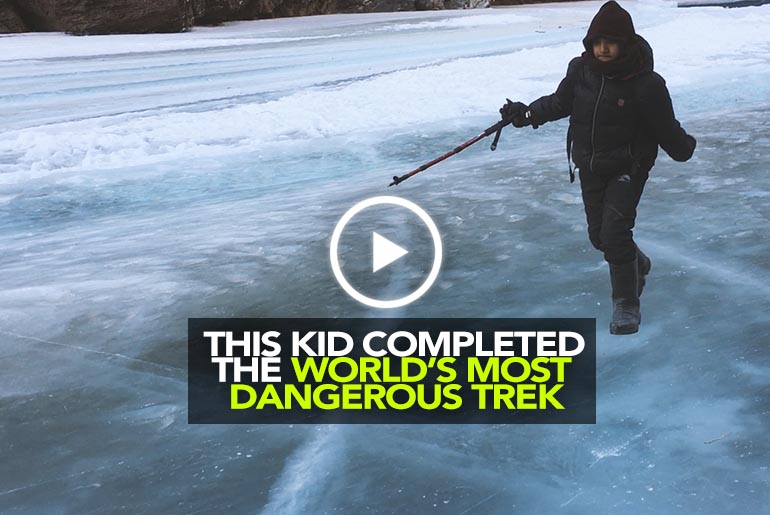 Ranveer Sheth completed the Chadar trek of Ladakh, the most dangerous trek of the world when he was only 8 years old.

Ranveer Sheth might be the only 8-year-old to complete the most dangerous trek of the world at such a young age. He shows no fear, but only the love for adventure. He completed the famous Chadar trek requires walking over a sheet of thin ice, over a frozen river.

He also did the first skydive in Africa when he was 8. Despite, the 14 year age limit, Ranveer pushed all boundaries and completed it at 8. He likes adventure, likes exploring the world and testing his limits. He’s also never attended school, as he’s been home-schooled all his life.

Also read: Take A Trek To One Tree Hill In Matheran