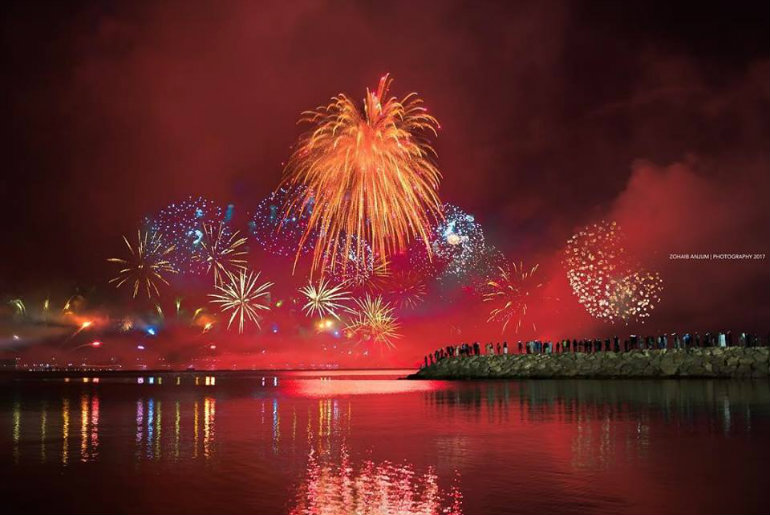 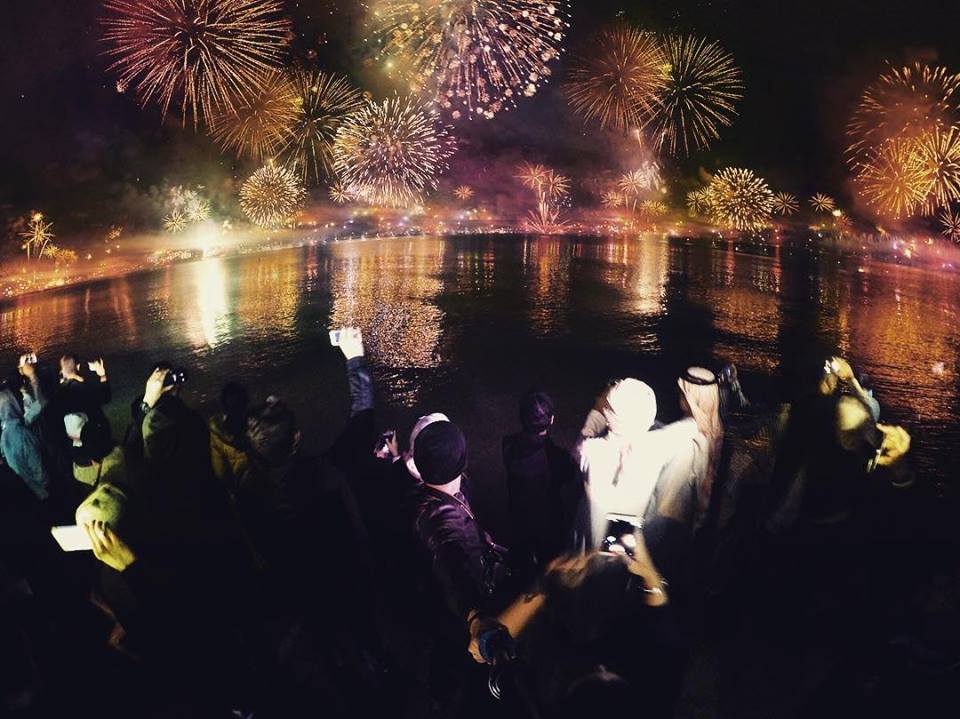 The record for the longest straight line of fireworks spanned over Al Marjan Island was 13 km long & the aerial shells used for the fireworks were 600 mm in diameter.  They were the largest deployed in the UAE this year. Thousands of visitors came to witness the stunning spectacle which lasted a breathtaking 13.20 minutes and was telecast around the world.