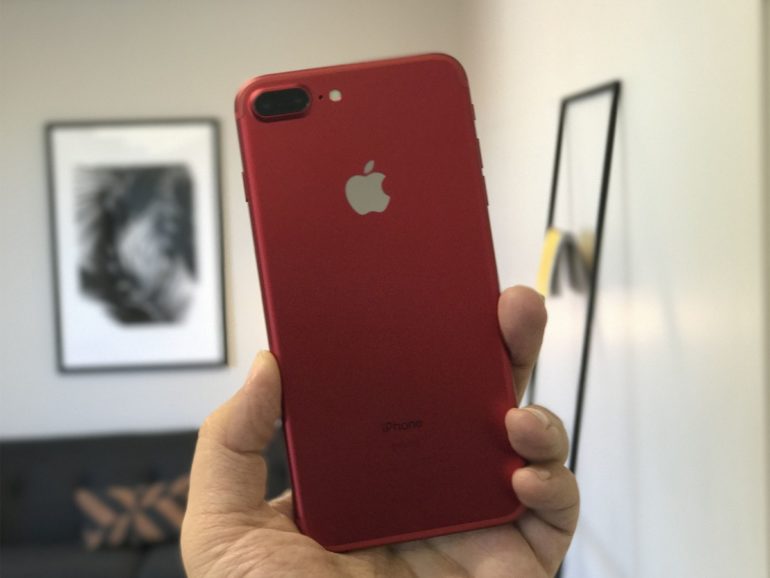 In a red hot news update (pun intended), Apple has announced the launch of its iPhone 7 and iPhone 7 Plus (PRODUCT) RED Special Edition. A company that’s only addition to an otherwise bland colour palette is the ‘rose gold’, this vibrant red aluminum finish has created quite a stir.

The new limited edition phone is in recognition of more than 10 years of partnership between Apple and (RED). Apple is giving its loyalists a chance to be part of a limited community and an also unprecedented way to contribute to the Global Fund and bring the world a step closer to an AIDS-free generation.

The RED special edition will be available in stores from March 24.

The iPhone 7 and iPhone 7 Plus (PRODUCT)RED Special Edition will be available in 128GB and 256GB models starting at $749 (US). Prices may vary in India.

Nothing! Aside from the red colour which we have to admit looks great on the site and also on the unboxing video that has gone viral on the Internet; there is nothing that is new about the phone. We have to admit though that the almost lustrous red, anodized finish is beautiful to look at consequently you have to give credit where it is due. Only Apple can get away with releasing the exact same product in a new colour and have the world go gaga over it.

The first red iPhone 7 Plus was unboxed by YouTuber Marques Brownlee. Except for the iPhone which is a beautiful red, the rest of the box is stark white. The only addition to the box is a piece of paper which gives you more information on the RED campaign.

Marques pointed out that the red iPhone would probably have looked better with a black front instead of the white one. A valid point!

Rumours have it that the new iPhone 8 is expected to launch in October 2017. So is the Red iPhone really worth the hype? Personally, I think it isn’t but good luck convincing an Apple fanatic.

So does this mean that Apple is now open to more colours and it may be finally expanding its palette? Only time will tell.