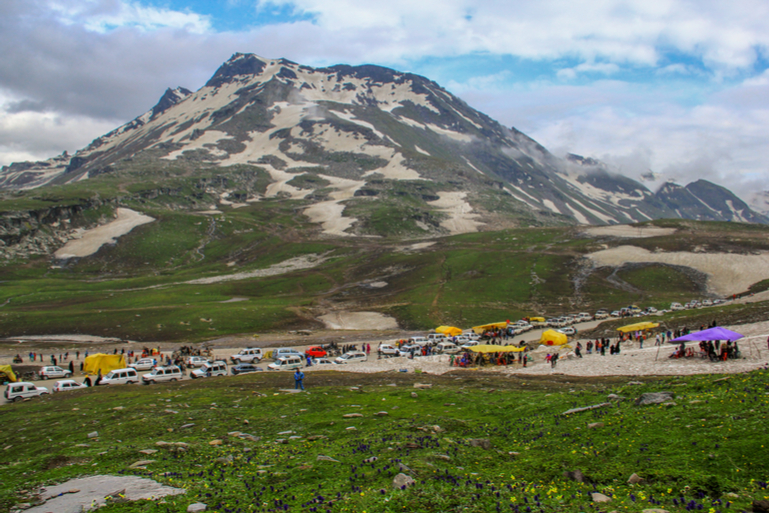 Rohtang Pass now opens for tourists pass after being blocked due to heavy snowfall.

The Kullu District Administration opened the web window to allow tourists to make online bookings for permits required for vehicles to pass the Rohtang Pass in Leh. Rohtang is a high mountain pass on the eastern Pir Pajal Range of the Himalayas around 51 Km from Manali, it connects the Kullu Valley with the Lahaul and Spiti Valleys of Himachal Pradesh. This pass has been opened up for tourists to visit the spot after it was blocked due to heavy snowfall. However, tourists will not be allowed to use the Manali-Leh Highway for security reasons.

Currently, permits for Ladakh and Lahaul-Spiti have not been issued for tourism purpose as the road surface is not fully cleared which makes it accidental prone. The road to Manali and Leh remains closed from October 15 almost every year.

The daily limit is 800 petrol and 400 diesel vehicles. Although, it’s advisable to not take the pass during bad weather.