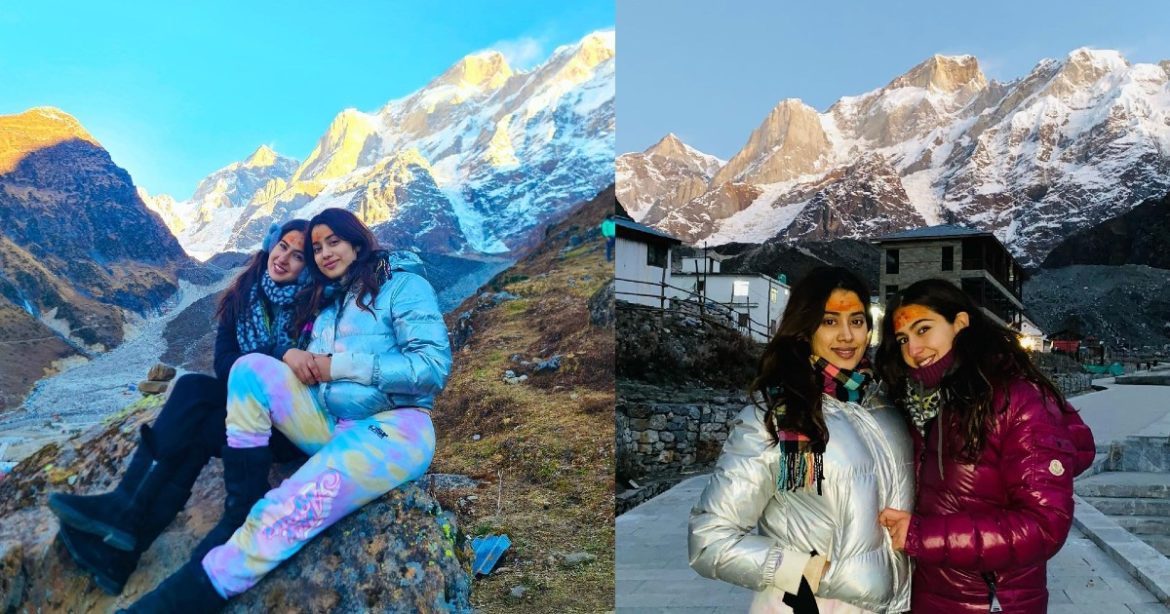 “Back to where it all began”… that’s what Sara Ali Khan wrote while posting her recent pictures from Uttarakhand’s Kedarnath. Sara’s Bollywood journey had started with the film Kedarnath, where she was starred opposite to late Sushant Singh Rajput. The movie had breathtakingly captured the beauty in the high altitudes at Kedarnath, and now Sara is back to the snow-capped mountains with her best friend Janhvi Kapoor.

The duo also offered prayers at the Kedarnath temple and the pictures are now going viral on the internet.

Also Read: Katrina Kaif &#038; Vicky Kaushal Are Rumoured To Get Married In This 14th Century Fort In Ranthambore

Sara & Janhvi Enjoy Chai And Local Food In The Mountains

Sara and Janhvi have posted a slew of pictures from Kedarnath, in which the actresses are seen wrapped in comfy winter garments. They have posed with the marvellous snow-blanketed mountains in the backdrop. Janhvi also shared snaps from the trip on her Instagram handle.

Not only did they offer prayers at the temple, but also enjoyed chai and local food. And as we all know, a cup of piping-hot chai in the stone-cold weather is pure bliss.

#SaraAliKhan shares some happy pics with #JanhviKapoor from their trip to Kedarnath pic.twitter.com/mxAG9jY8br

Friends Who Travel Together Stay Together!

Both Sara and Janhvi are hardcore travel buffs and at the same time, foodies too. Some days back, Sara was staying in the luxurious Hilton Shillim resort near Pawna Lake in Maharashtra with her girl gang. A month ago, she had been holidaying in Ladakh with actress Radhika Madan and singer Jasleen Royal. A couple of weeks ago, Janhvi had shared heartwarming pictures from JW Marriott Mussoorie Walnut Grove Resort & Spa.