Satellite Images Of Venice’s Waterways…
Most Liveable Cities In the…
Home To 15,000 Butterflies, Take…
Dating Back To 1761, Qasr… 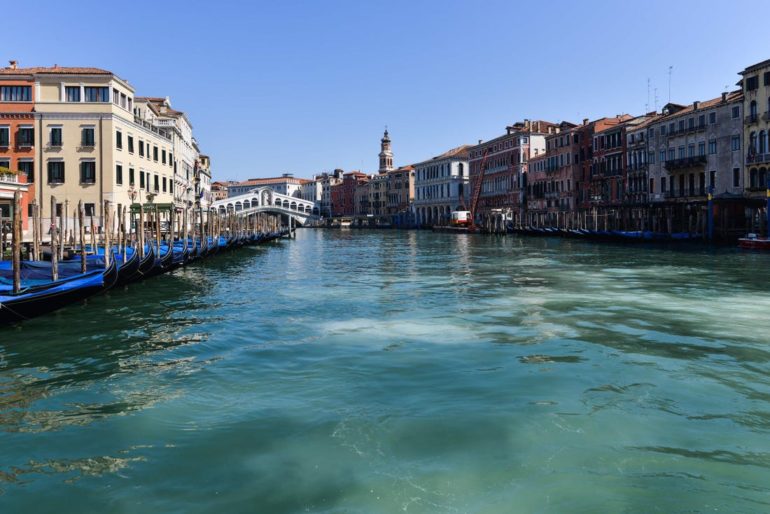 Venice is famous for its cultural heritage and of course, its liquid roadways. Since ages, it has used its waterways to travel and has been a romantic destination for ages. But what was a tourist attraction has also been a bane for aquatic animals who reside in these famous waters. But while coronavirus has been pushing humanity indoors, it is ensuring the animals to reclaim nature. Recently European Space Agency has launched satellite images that show how clear Venice’s canals have been since this pandemic lockdown. These images were launched by the Copernicus Sentinel-2 mission. The waterways appear darker blue and compared to last year and also The Grand Canal and the Giudecca Channel appear nearly empty in these photos. In March, several residents shared photos of the clear canals, reporting fish, seaweed, and swans on the waterways. ANSA, the Italian news agency reported that the streets and canals of Venice remained empty over Easter with only the police patrolling. Even the average concentrations of NO2 for the past four weeks have been at least 24% lower than four weeks earlier this year. From March 16th through 22nd, the average concentration was 21% lower than for the same week in 2019. A spokesperson from Venice reported that “The water now looks clearer because there is less traffic on the canals, allowing the sediment to stay at the bottom… It’s because there is less boat traffic that usually brings sediment to the top of the water’s surface.” It has been reported that the air quality has increased, too, thanks to fewer motorboats on the canals. 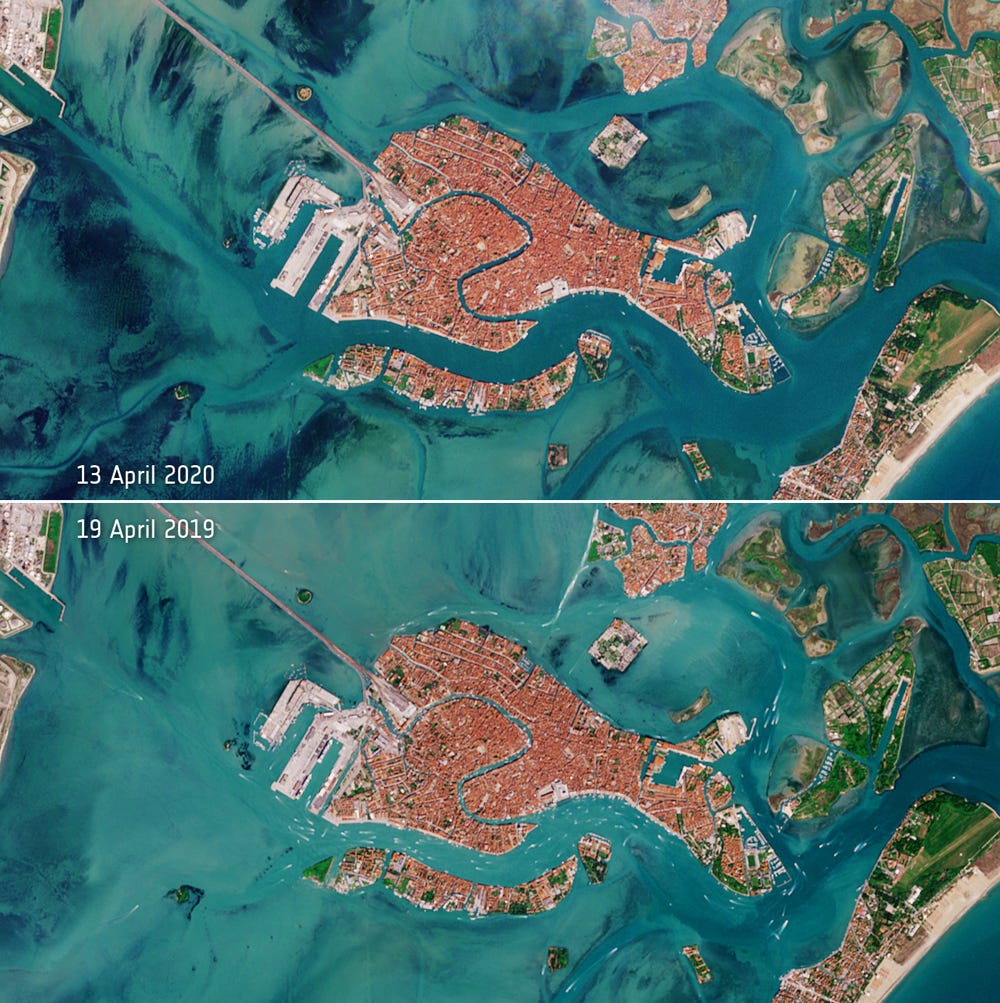 Along with reduced human traffic, Rome and Milan too, are witnessing a decrease in nitrogen dioxide last month. Rome saw a constant decline in NO2 pollution with a 47% decrease at the same time last year. The ESA reports that the lockdown has helped improve air quality across Europe. Well, it’s a silver lining that the earth is recuperating due to the reduced movement of humans. We hope that once this is all over, we can all collectively and consciously help to preserve life on this planet. Here are 5 Positive Things Amidst COVID-19 Outbreak That Prove That The Earth Is Healing