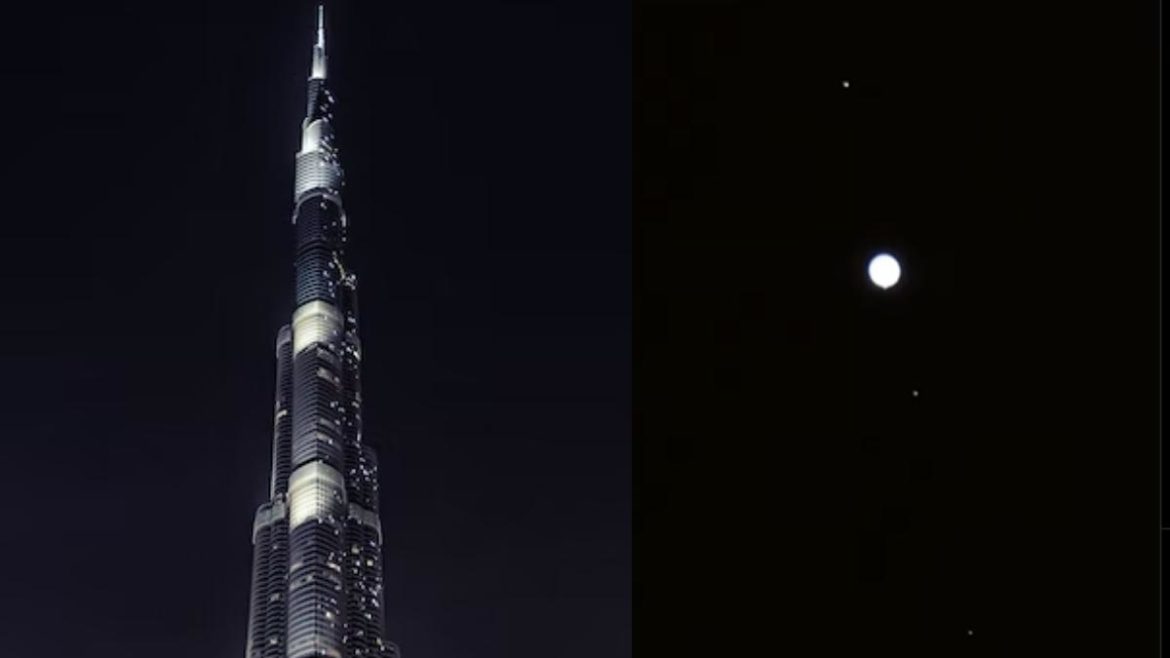 Sheikh Hamdan took a video of Burj Khalifa in proximity to Jupiter at its closest point to Earth in 59 years. Monday night, the Crown Prince of Dubai posted the video on Instagram for his millions of followers to see. Let’s check out more about this viral video posted by Sheikh Hamdan.

Jupiter was closer to Earth than it has been since 1963 in the last 12 hours. The gas giant is the biggest planet in our solar system. It was in ‘opposition’, which means that the Earth was right in the middle of it and the Sun. Sheikh Hamdan posted a video of the same with the caption, “Burj Khalifa meets the king of planets! The planet’s closest approach to Earth in 59 years.”

But it’s not a close call at all. NASA says that at that time, there were still 590.6 million kilometres between Earth and Jupiter, and Jupiter was just a tiny dot in the sky. Jupiter is in opposition about every 13 months, but neither Earth nor Jupiter orbits the Sun in a perfect circle, so nights like last night are rare.

Catch The Brightest Views Of Planets This Year

This year’s sky events will be unique because they will happen simultaneously in an event called opposition. When a planet is in opposition, it is on the side of Earth that faces away from the Sun. Imagine that you could draw a straight line from the Sun to the Earth and the Jupiter. When planets are in opposition, they look the largest and brightest.

If you didn’t get to see Jupiter tonight, don’t worry. You’ll still be able to see it for the next few days. You should see the bands (at least the central band) and three or four of the Galilean moons with good binoculars.

So, keep your binoculars ready!

Also Read: Burj Khalifa Emerges The Top 10 Most Loved Landmark In The World