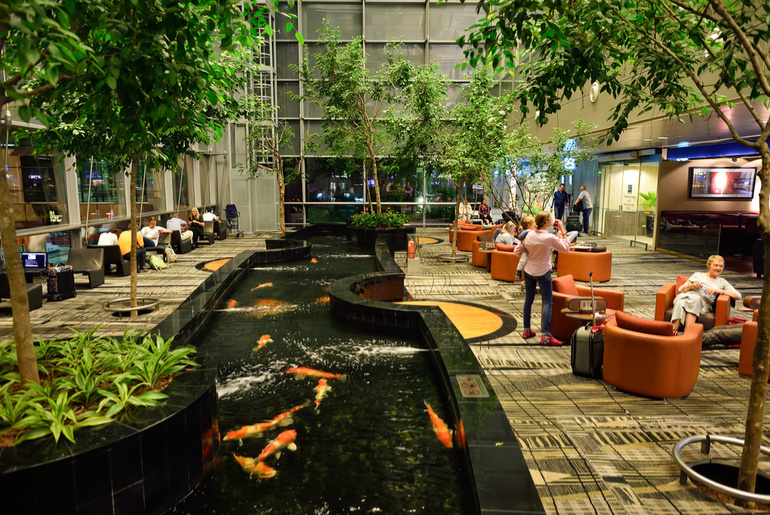 The Singapore Changi Airport has been named the world’s best airport for the sixth consecutive year.

For the sixth year in a row, the Asian travel hub, Changi Airport has been rated as the world’s best airport, according to Skytrax, a customer service reviewer. While the Mumbai Airport has been ranked 63rd, Bangalore and Delhi airports are at 64th and 66th place respectively. The Incheon International Airport in South Korea and Haneda Airport in Japan were placed second and third respectively.

The plush Changi airport is voted the best and within good reason. The rooftop pool with Jacuzzi, a multitude of gardens, or the movie theatre and the Xbox 360 station make it the top most airport in the world.