Sonu Sood Enjoys A Tropical Vacation With Family In Bangkok 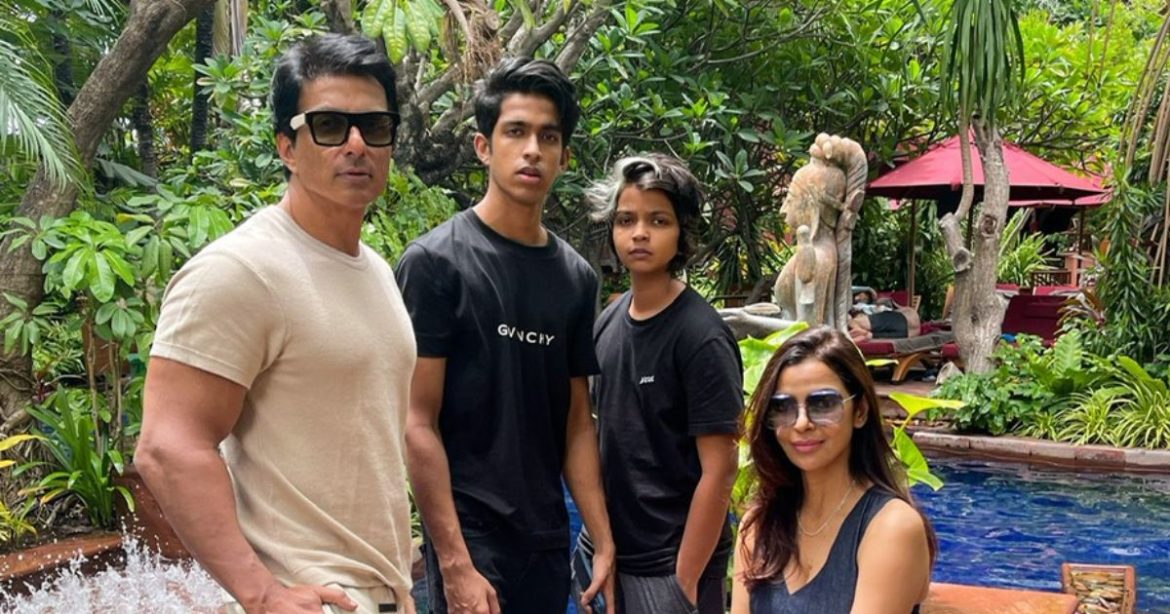 Actor Sonu Sood has time and again proved that he is way more than just an actor. He is also a philanthropist and humanitarian and also his love for fitness is hidden from no one. During the difficult  COVID times, his acts of kindness have won him millions of hearts. The actor recently took a break from his work and decided to celebrate his birthday month with his family in Bangkok.

Sonu Sood’s birthday is on 30th July and the actor flew down to the capital city of Thailand,  Bangkok ahead of his birthday with his family, wife Sonali Sood and two sons, Ishant and Ayaan Sood. The actor is celebrating his birthday month with his family. The actor shared some pictures from his trip on Instagram with his fans. He can be seen posing happily with his wife and two sons in one picture while the other  picture features him hanging from a tree. His fans were eagerly waiting outside Sheraton Grande Sukhumvit and received the actor with a very warm welcome. Many fans gave him gifts and bouquets. The actor took his break off his busy schedule to spend time with his family.

Sonu Sood helped many migrant people to get back to their homes and  provided financial support for the education of many students. He also helped many people come back who were stranded abroad, all in 2020. The actor is not only known and loved for his acting, he is loved more for his humanitarian work that he did in 2020. People have endlessly showered him with love and respect\ for his acts of kindness On the work front, the actor is currently hosting MTV’s Roadies. The actor was a part of the movie,  Samrat Prithviraj by  Dr. Chandraprakash Dwivedi. He soon will be seen inBabu Yogeswaran’s Tamil film Thamilarasan. 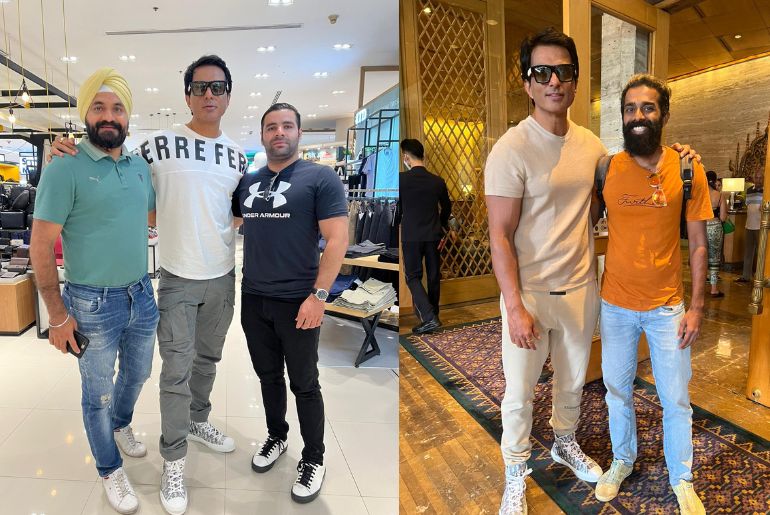