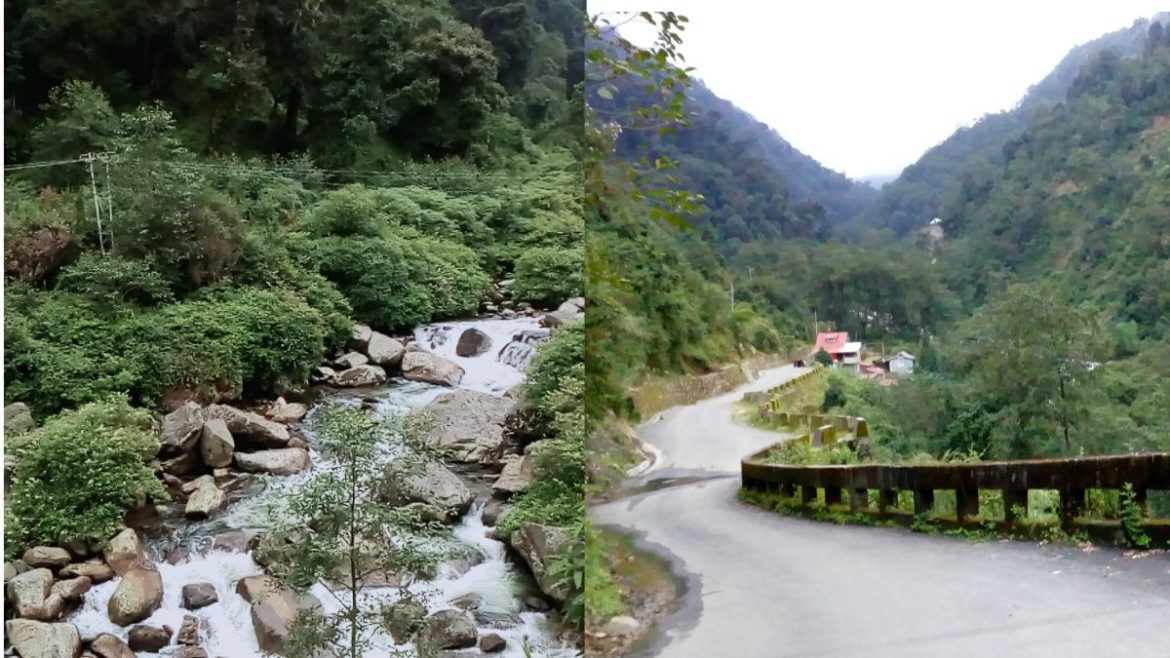 Sirikhola in West Bengal is a beautiful valley surrounded by densely forested mountains and a river flowing with full vigour. Rivers in the mountains are the best; playful, charming and flowing with an admirable force. They cross all hurdles, and all rocks—no matter how big or small—have to surrender and make way ultimately. 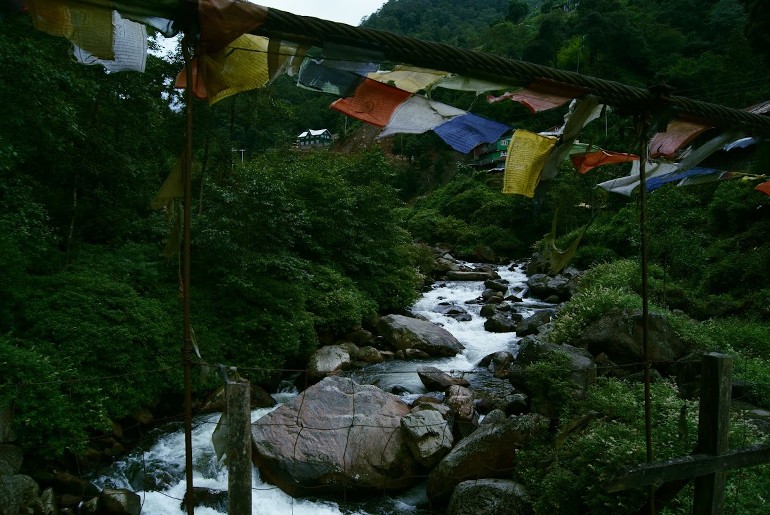 Sirikhola: A River Coming Down The Himalayas In Steps

‘Khola’ in Nepali means river. The river and the village beside share the same name; Sirikhola. Popular mostly among trekkers and offbeat location lovers, the river surrounded by Singalila national forest are the epitome of tranquil delight. The river has its own rhythm and very clear water for you to dip your toes into. Sit by, read your book or play your ukulele; the sound of the river will be your constant company. 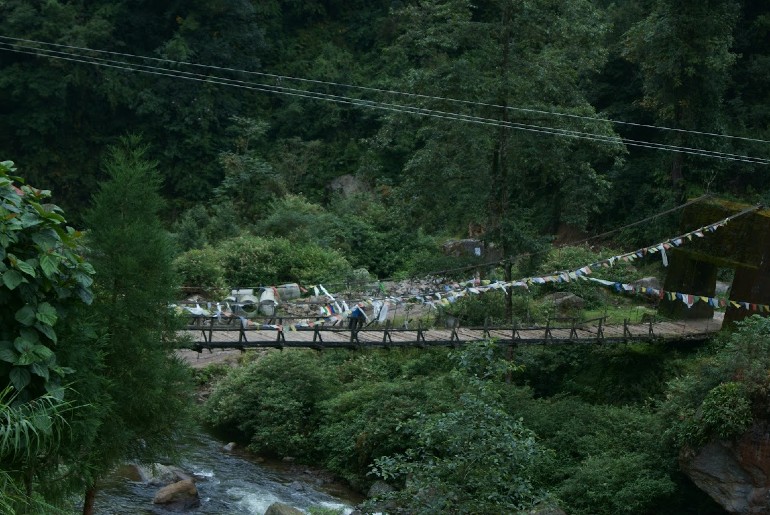 Also Read: This Little Hamlet En Route Darjeeling Is The Land Of Oranges, Sunshine And The Kanchenjungha

Rimbik, the mountainous town with a hustling market and lots of activity is only 9km away, perfect for you to pay a day visit and gorge on some amazing Nepali and Tibetan and local food. We had some amazing ting-mo and mutton stew. If there’s a shopper inside you, the colourful local market of Rimbik is definitely worth a visit. 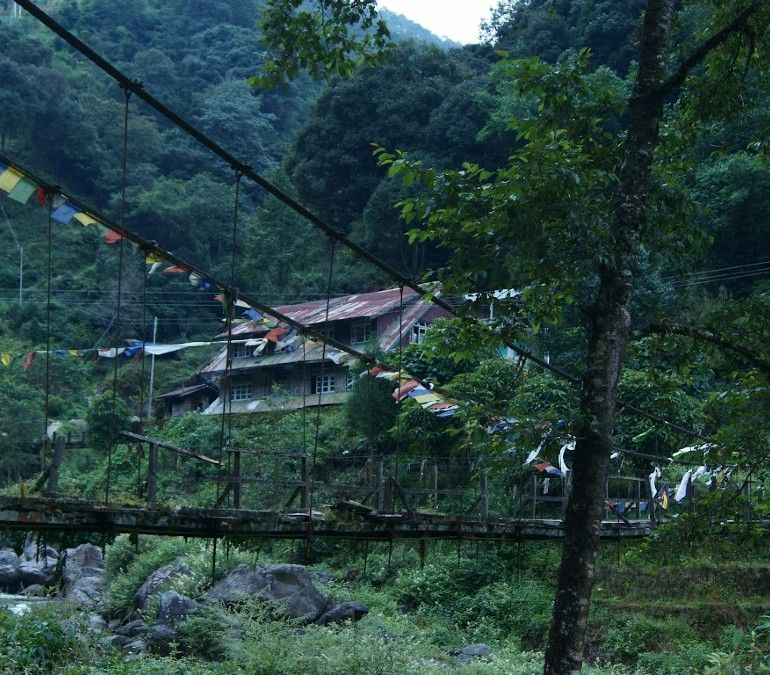 Sandakfu, the highest peak in West Bengal, makes for a popular trek route for beginners. Most trekkers visit Sirikhola on their way down from Sandakfu. For others, New Jalpaiguri is the closest railway station and Bagdogra is the closest airport. From there you get shared jeeps to Rimbik and then another local taxi to Sirikhola. 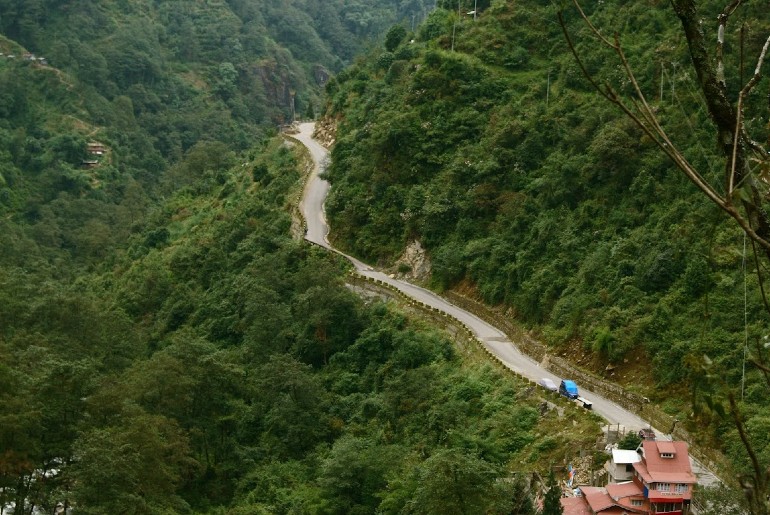 Want to travel straight to Sirikhola? Book a private taxi that will take you straight to your homestay. In that case, travelling in a group of 6 to 7 people will save you some money on transport. 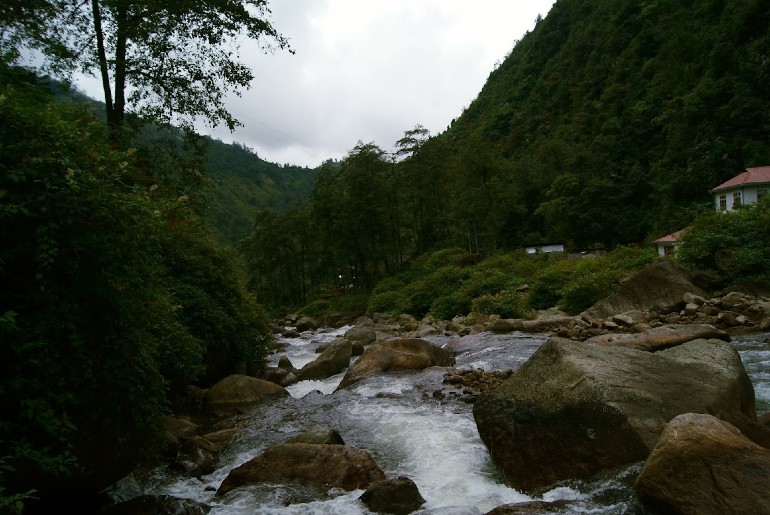 Staying By the River

For the longest time, the Trekker’s Hut run by the Gorkhaland Territorial Administration was the only accommodation available in West Bengal’s Sirikhola. Now things are changing and many homestays have come up. 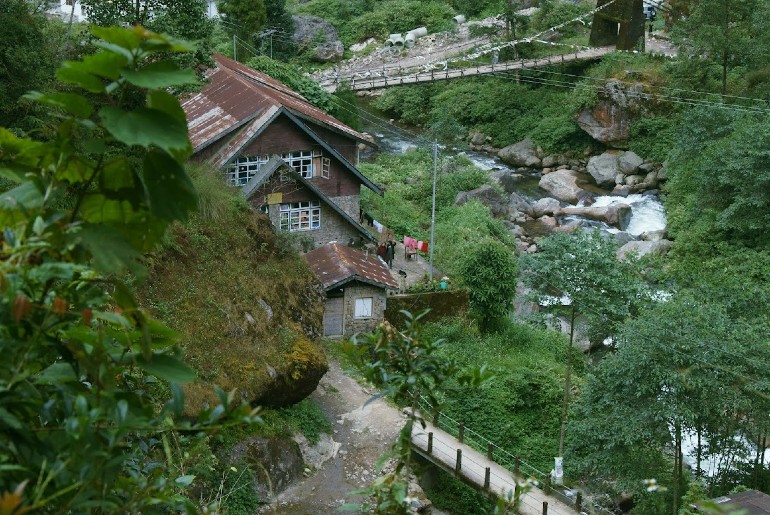 Also Read: 5 Experiences In Darjeeling That Will Give You Europe Feels! 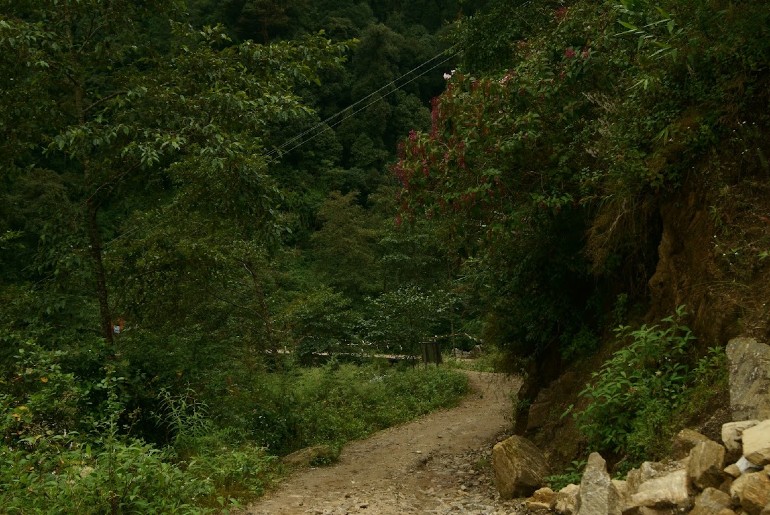 A trek route in Sirikhola (Image by author, Pratyusha Jana)

There are many small trek routes available near Sirikhola. With the help of a local guide, you can explore the beauty of Singalila National Forest and the Himalayas. Avoid the monsoons, and every other season is the best season to explore Sirikhola. Here’s hoping you find inner peace in the lap of nature at Sirikhola.