Bollywood Fans! Let’s confess, this lockdown definitely got us binging on our cult favourite Bollywood movies. And when it comes to cult films, Dilwale Dulhania le Jayenge ( DDLJ) definitely topped our lists. The foot-tapping songs, gorgeous European locations, Shah Rukh Khan & Kajol’s romance and of course memorable dialogues like “Jaa Simran Jaa, Jee Le Apni Zindagi”, left us asking for more. Here’s amazing news to make your lockdown a filmy one! SRK & Kajol’s DDLJ statue will soon be featured in London’s Leicester Square to mark the 25th anniversary of this cult film. This will be the first-ever  Bollywood film statue to be erected in the UK. The bronze statue of the heart throbbing DDLJ couple will be unveiled in 2021.

Bollywood’s first-ever film statue is all set to come up in London’s Leicester Square in 2021. Shah Rukh Khan and Kajol’s bronze statue will be featured in London’s “Scenes in the Square”. This square celebrates film characters from iconic films from all across the world. Glimmering lighting shall bring these expressive bronze statues to life in the evenings. “Scenes in the Square” features bronze statues of  Harry Potter, Gene Kelly from Singin’ in the Rain and Wonder Woman. Also Read: This Was World’s Longest Bus Route From Kolkata To London

Interestingly, Leicester Square was also the setting for a scene in DDLJ. The characters of Raj and Simran first crossed paths as strangers in Leicester Square. With DDLJ completing 25 years on October 20, this indeed is mindblowing news to all Bollywood fans from across the globe. And we can’t wait to visit London to witness the unravelling of the bronze statue of SRK and Kajol in 2021 to celebrate the silver jubilee. 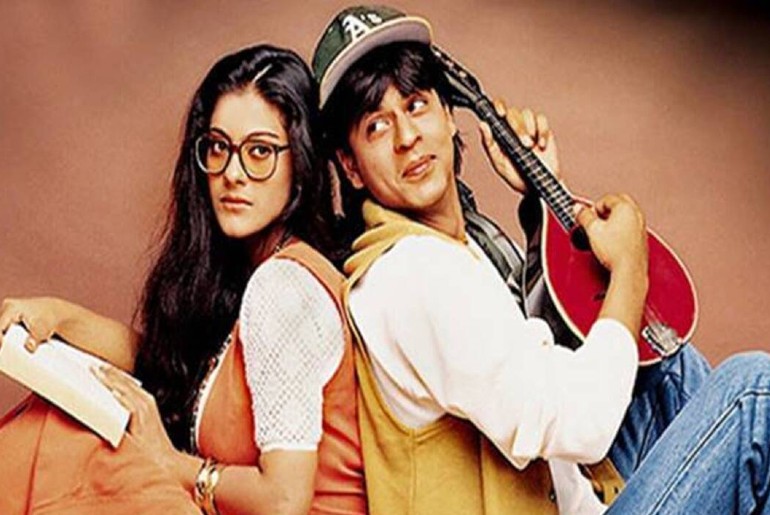 DDLJ: The First Film To Feature Leicester Square As A Location

The Director of Destination Marketing at Heart of London Business Alliance, Mark Williams revealed that they feel excited to feature the first film that showcased Leicester Square as a location. He stated to media houses “It’s fantastic to be adding such titans of international cinema to our trail as Shah Rukh Khan and Kajol. This statue is a fitting tribute to the global popularity of Bollywood and the cultural bridges that cinema can help build, and we’re in no doubt it will attract fans from all around the world,” Williams said in a statement.

Well, DDLJ continues being the longest-running movie ever, screened at Mumbai’s Maratha Mandir for more than 20 years. This bronze statue of SRK & Kajol will indeed give us desi folks, one more reason to add London to our bucket list. After all, DDLJ has been giving travel goals for 25 years right? Watch this video to find out how Kamiya Jani came across a DDLJ poster in Switzerland.