Step Into Your Own Hollywood Film By Visiting The US 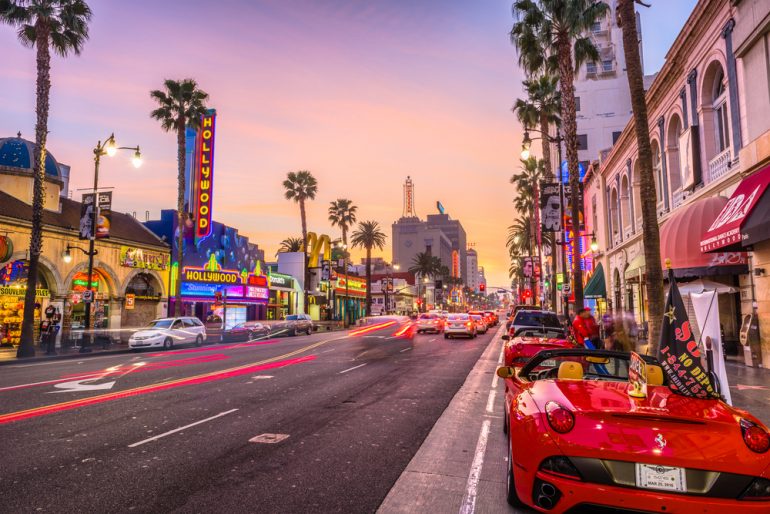 I always asked myself what’s the one thing I’ve always loved about Hollywood movies? Was it the romanticism, the feeling of acceptance, the love or just the spectacular locations? Hollywood was my introduction to the United States of America and that’s when I decided that I’m going to have to visit someday. From rugged mountains to the Northern Lights to the bluest beaches to iconic road trips – America does not disappoint.

Here are a list of 5 iconic locations from 5 iconic Hollywood films, you can actually visit:

Okay, so the movie wasn’t pretty but the locations were mind-blowing. If you take away the recurrent images of razor sharp teeth, you’re going to remember the bluest waters, red and orange hued skies during sunset. Head to Joseph Sylvia State Beach for the most amazing views. You can even see the American Legion Memorial Bridge in Edgartown – popularly known as the Jaws Bridge. Mr. Cullen, Mr. Jacob and Ms. Swan may have taken the world by storm but some of us (me) couldn’t get over the locations that author Stephanie Meyers and the films portrayed. The whole film was shot in Oregon and Twi-hards can actually go on a road trip to St. Helen’s where you can visit Bella’s house. Oh, and remember La Push beach? You can visit that too at Indian Beach in Ecola State Park. La La Land left no stone unturned to make it a dedication to music and great locales. Almost like a love letter to Los Angeles, the movie was shot all over the city and why not? It’s so pretty! There’s the Griffith Observatory, Mt Hollywood Drive, Warner Bros Studio and even the Smoke House restaurant. ‘City of stars’ indeed! Remember the tales of widowed Sam Baldwin, journalist Annie Reed and the adorable Jonah in the classic 1993 romantic comedy? Sleepless in Seattle is one of my personal favorite films and I’ve always wanted to visit Seattle after watching it – a place as memorable as the film’s romance. The Athenian Inn at Pike Place Market still remains among the top destinations for fresh seafood. There’s also Alki Beach and The Space Needle – a skyline-defining landmark. Did you know that it gets over a million visitors a year? You can even go to The Dahlia Lounge and order for the triple coconut cream pie, just like in the movie.

Also read: Glass Beach In California, USA Is Trash Turned Treasure – A Must Visit For All You Travel Buffs It’s been over 2 decades that since the iconic film Forrest Gump premiered, and equally as iconic are the movie’s gorgeous locations. Although most scenes are supposedly from the fictional town of Greenbow in Alabama – the film was actually shot in Yemassee and Beaufort in South Carolina. Take a stroll through Fripp Island and Hunting Island State Park where Gump first meets Lieutenant Dan & Bubba!