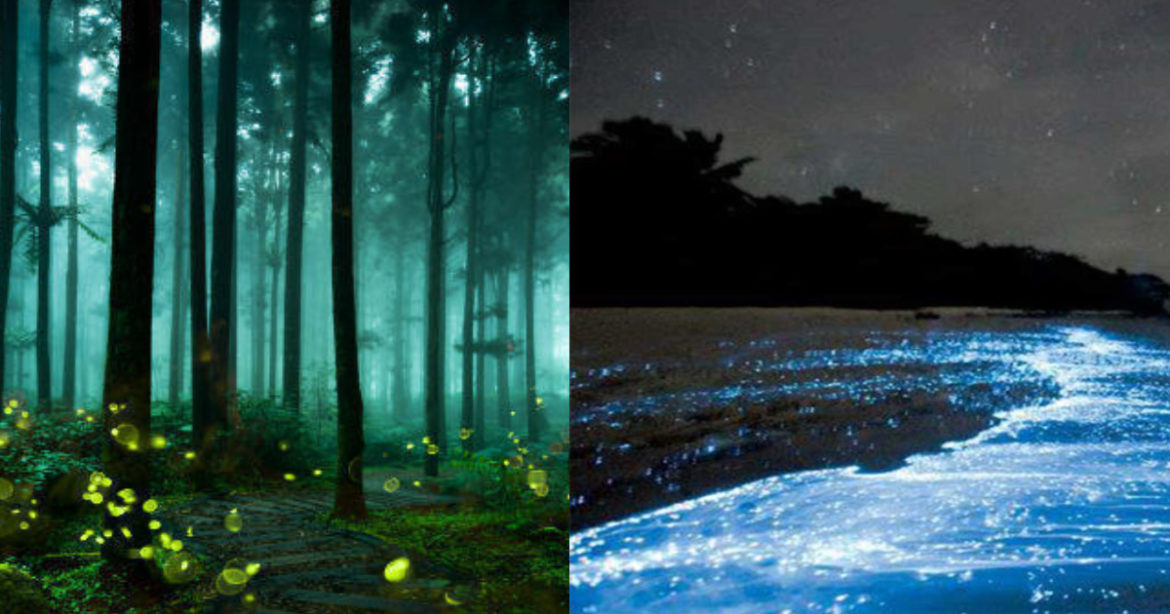 India is a land of mysteries. Period. From physics-defying architectures to breath-taking natural phenomena, very few can resist the charm of India. But did you know that we have places in India that are well-known for their bioluminescence? It means that they can emit light on their own. Did your interest suddenly light up? (pun intended). Well, here are 6 stunning places across our country to witness the glow-in-the-dark phenomenon. Read our blog to find out more!

When researchers from India and China went to West Jaintia Hills District, Meghalaya upon hearing about ‘electric mushrooms’, they were not prepared to witness the reality. The local guide asked them to switch off their torches and then the magic happened! The researchers were amazed when they saw tiny mushrooms that grew on dead bamboo sticks and they emitted light on their own. In other words, they were bioluminescent. Much like the Avatar movie, the locals use these mushrooms to navigate the forests. Upon tests, it was found that these electric mushrooms are a new species from the genus Roridomyces. Also, these mushrooms are the first to be discovered from the genus Roridomyces. 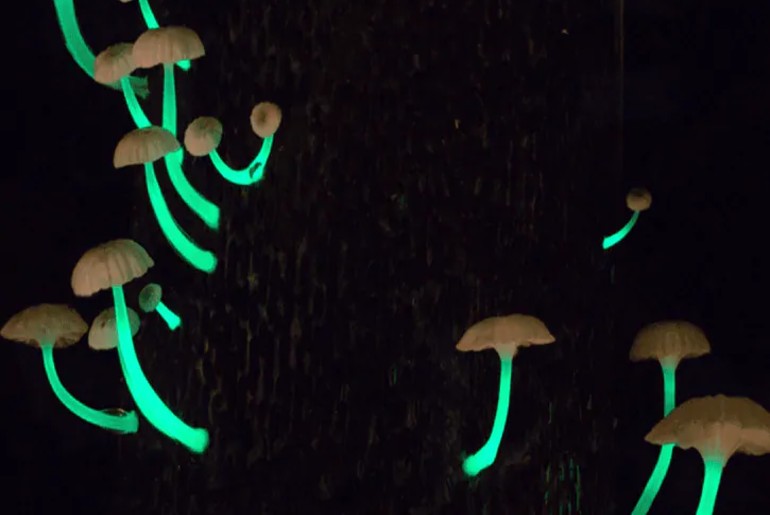 You have heard of people gazing at the night sky. But if we tell you that you can gaze upon a glowing water body as well? Several water bodies on the beaches in Karnataka, Mumbai, and Goa emit light at one point in time. According to marine biologist Abhishek Jamalabad, this glow in the water is due to a microorganism called Noctiluca scintillans. Commonly known as the sea sparkle, this is a free-living, marine-dwelling species of dinoflagellate that emit light when disturbed. You can find these surreal beaches along the Arabian Sea. Mattu beach is a long 30 km beach and to its left is the Kaup beach and to its right is the Padukere beach. We suggest you go here for a relaxed evening and quality time with your friends and family. 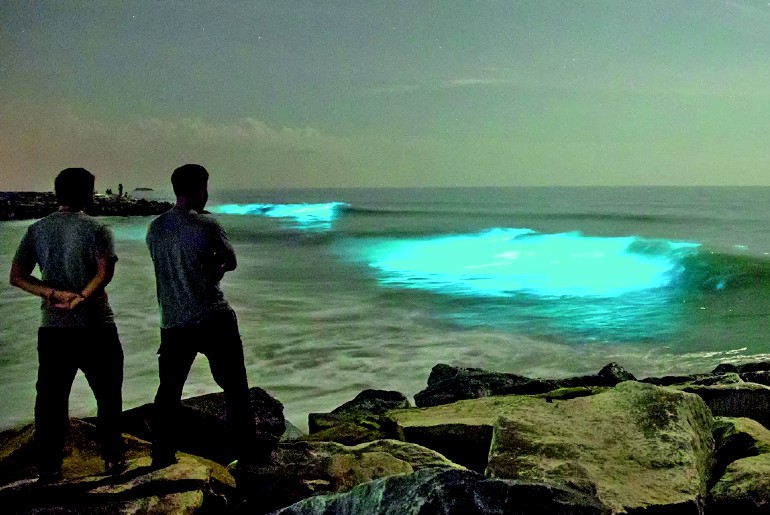 A moonless night, a beautiful forest, and thousands of fireflies make it a dream out of a fantasy novel. You can find it in the Purushwadi Forest, Maharashtra. The best time is the pre-monsoon period or summer, where thousands of fireflies create a kaleidoscope of colour and if you are interested, you can witness over 2000 species of fireflies too! Every year, the months of May and June bring in a firefly festival in this region, during which trekkers crowd here to watch the fireflies in all their glory. 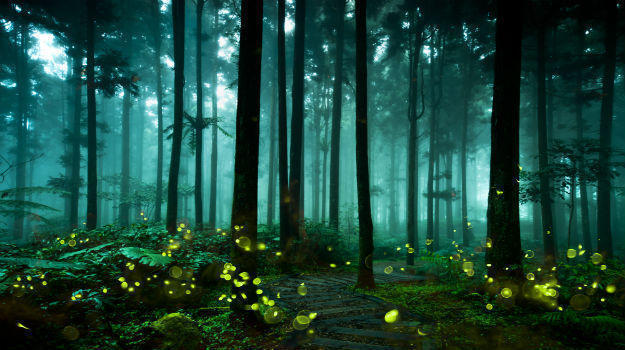 Yes, this star-studded area has another glowing addition. Head over to the Juhu beach at night and witness the shimmering shade of electric blue due to a micro-organism that emits light when disturbed called Noctiluca scintillans, or “sea sparkle”. The best time is after 8 pm and the best vantage point is the cement jetty as well. Also, if you have a membership at the Soho House Mumbai, then you can enjoy yourself as well. 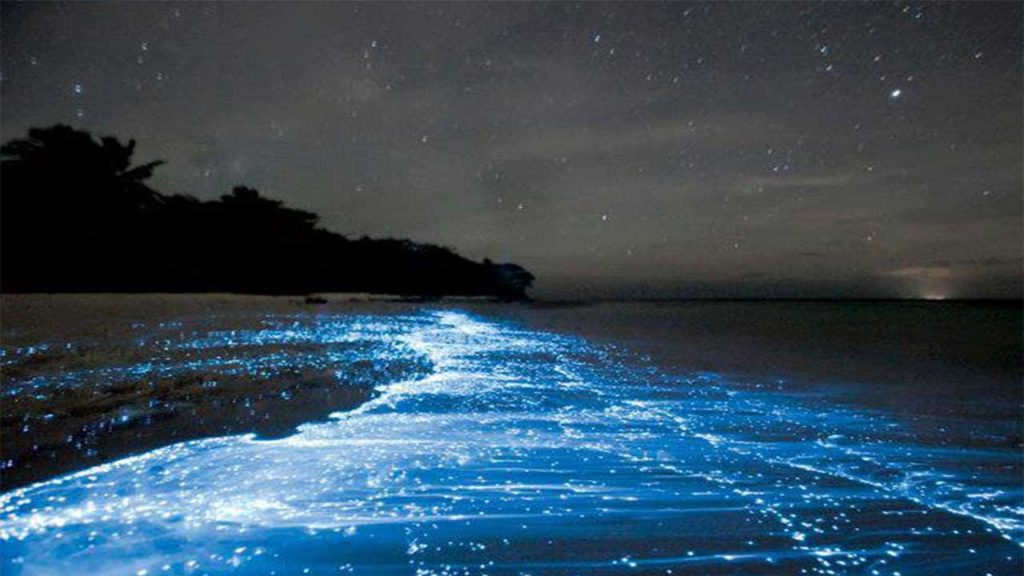 Also Read: I’m From Mangalore And Here’s Why I Feel It’s One Of The Most Underrated Beach Destinations In India

Ever visited the Western Ghats during monsoon season? The misty weather coupled with the fresh smell of nature is an invitation few travellers can deny. One of the places you should definitely visit is the small tribal village called Ahupe near the Bhimashankar Wildlife Reserve in Maharashtra. During monsoon, the forest lights up due to a bacterium called Mycena. This bacterium has a unique ability to light up when they are present near a huge amount of moisture in the air. You should definitely visit the tiny tribal village of Ahupe to see the forests glow in the Bhimashankar Wildlife Reserve, particularly during the monsoon. Also, fireflies too, offer another invitation for you to visit and you can try out the night trek to Bhandardara, Rajmachi Fort to find fireflies putting up the best light show! 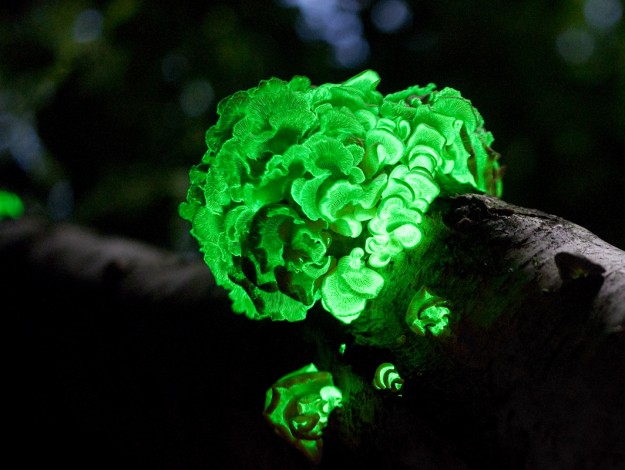 You can find glowing mushrooms in the forest trails of Mhadei Wildlife Sanctuary located in Swapnagandha Valley of Goa. They grow on decaying logs, twigs, and stumps. Fortunately, the Mhadei Wildlife Sanctuary remains open during the monsoon months and you can also visit the Chorla Ghat which is located north-east of Panjim in Goa and 55 km from Belgaum in Karnataka. Also, Bhagwan Mahavir Wildlife Sanctuary in Goa is also the right place to catch sight of this bioluminescent fungi. 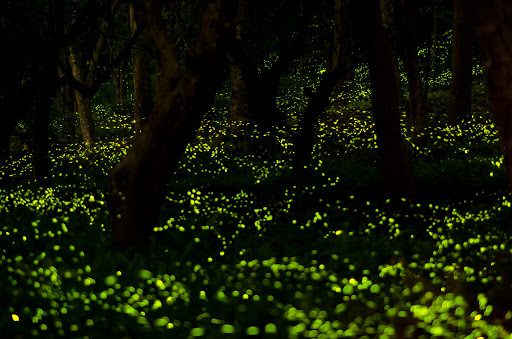 Phew! That was quite a long list of our glowing friends and if you too are fired up to visit them, do so during the period we have mentioned to get the maximum effect. Also, be sure to take that special someone for a lovely romantic time. After all, a little magic in your romance cannot hurt!