Take A Stroll In This Haunted Burial Ground In Kolkata 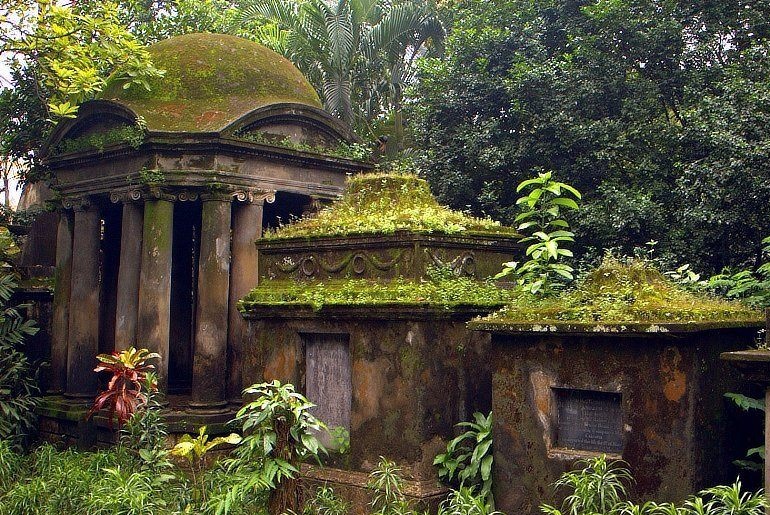 The South Park Street Cemetery, a fantastic site of unique gothic and Indo-saracenic architecture, is one of the most haunted sites in Kolkata.

The South Park Street Cemetery, located in Park Street in Kolkata, is one of the first non-Christian burial grounds in the world. It was made especially for the European expatriates residing in Kolkata during its colonial past. Declared open in 1767, this place is dotted with tombs and memorials of people of repute. Besides being a unique site of Indo-Saracenic and gothic architecture, the cemetery reeks of the city’s rich colonial past, so much so that some of it still haunts the place. Stories of visitors experiencing uneasiness, dizziness, and breathlessness have surfaced over the time after visiting the cemetery.

Also read: ‘Jai Amitabh Bachchan” Is The Chant At This Temple In Kolkata

The cemetery is an 8-acre necropolis studded with tombs, cenotaphs, and mausoleums which are a melting pot of architectural influences. Among the 1900 tombs and the many graves, some belong to famous military and political figures of the time, including Sir William Jones, founder of the Asiatic Society, and Henry Louis Vivian Derozio. The aesthetic beauty of the place has also attracted directors, which included Satyajit Ray. The shady, green, and quiet ambience highlights its prominent eerieness. Even though the place receives frequent visitors, the stories of people feeling spooked, dizzy, or breathless have resurfaced time and again.

Also read: College Street In Kolkata Is A Paradise For Every Book Lover!