Taxi cooperatives in Thailand have converted the roofs of cars that got idled due to the pandemic into miniature gardens. Bamboo frames have been put on the top of these cars. Black plastic garbage bags have been stretched on the frames. Over the plastic bags, the workers have added soil. They are growing string beans, cucumber, tomatoes and other crops in the soil. Pretty pictures of the pink and red taxis with the rooftop gardens are catching the eyes of everyone. 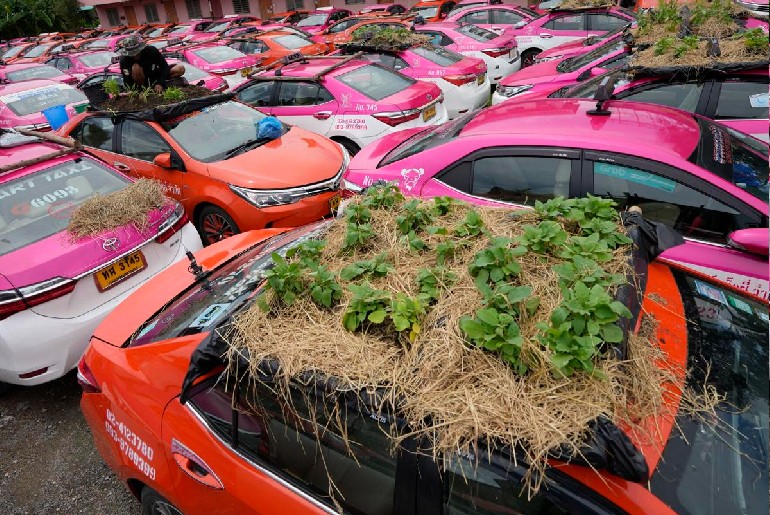 Taxi Drivers In Thailand Are Bearing The Brunt Of The Pandemic

Owing to the pandemic, taxi owners in Thailand are facing acute financial struggles. Many drivers could not end up paying the loans of their cars, some others left their cars and returned to their hometowns. Many drivers failed to do daily payments on the cars, even after the halving of their charges to 300 baht. A large number of taxi drivers in Thailand have been deprived of their livelihood after the pandemic. Thailand witnessed a third wave of COVID-19 with the number of cases surpassing 23,400 in mid-August taking the virus tally in the country to around 1.4 million cases with more than 14,000 deaths. Of recent, Thailand’s cases have dropped just below 15,000. 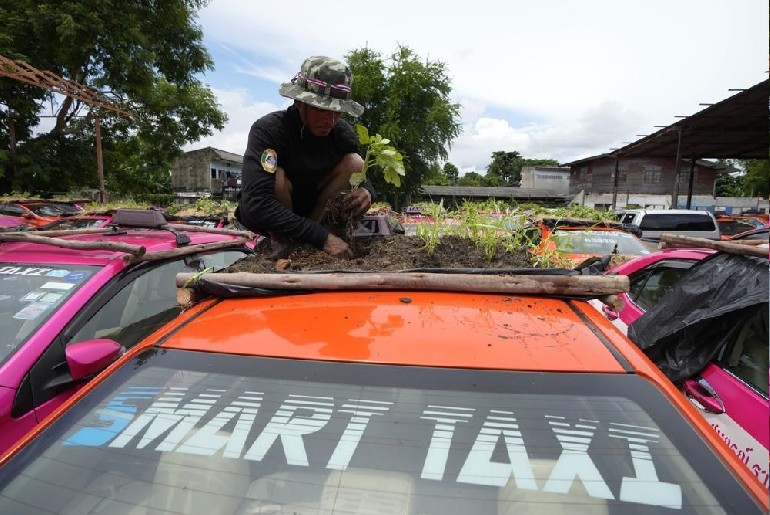 Also Read: This Jungle Bubble In Thailand Lets You Sleep Under The Stars With Elephants

On one hand, the rooftop gardens are providing nourishment to the taxi drivers and on the other, they are drawing attention to their perils. According to The Indian Express report, The Ratchapruk and Bovorn Taxi cooperatives have around 2500 cars lying idle amid the trying times and only about a handful of 500 cars are operating. The 54-year-old executive of  the company Thapakorn Assawalertkul said, “The vegetable garden is both an act of protest and a way to feed my staff during this tough time.” He said the even during the past political turmoil and 2011 floods, the business was never hit as terribly as during the pandemic. Speaking to the Associated Press, he has stated that if they do not receive help soon, they will be in ‘real trouble’.