The Delicious Shahi Sheermal From…
Pastry Chef Goes Viral By…
Zomato Offers Help To Viral…
Jacqueline Fernandez: I Make My… 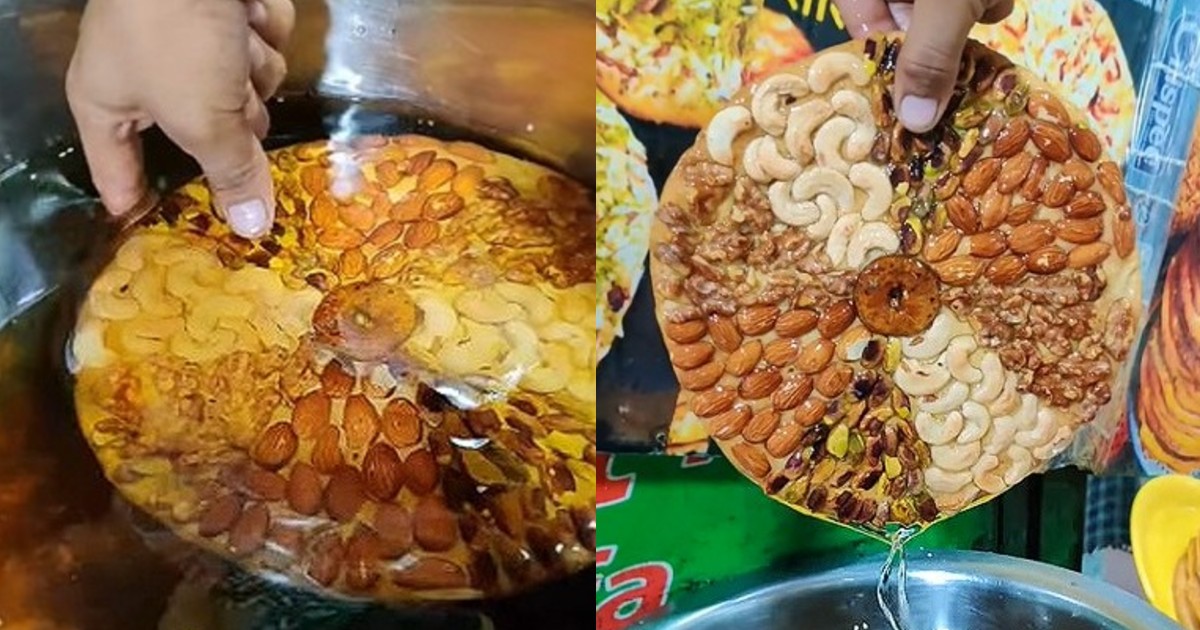 The old Delhi lanes around Jama Masjid are literal hotspots for true foodies, with a plethora of food options like kebabs, parathas, chaats, samosas, falooda, jalebi, phirni and whatnot. While we all are missing the pre-pandemic food trails through those crowded alleys, a viral video on the internet is taking us back to the good old days. Popular food blogger from Delhi has recently shared a video of a drool-worthy Shahi Sheermal dipped in desi ghee. And we’re already having water in the mouth!

The Video Has Left The Internet Craving

In the video, the chef is seen topping the round flatbread with fig and dry fruits like almonds, walnuts and pistachios. He then cooks the sweetbread for 5 to 7 minutes in an iron stove and after that, dips it the desi ghee. The video has left the internet craving for the magnificent dessert. The video is from a shop opposite Jama Masjid’s Gate No. 1, named Haji Nadeem. It has already grabbed over 7.5 million views, 68K likes and 1.7K comments. And why not? Indians are indeed the truest gastronomes. 5 Delectable North Indian Sweets That Come From The Mughal Kitchens

Sheermal Had First Originated In Persia

Sheermal is a sweet maida naan made with saffron, milk and ghee, that had originated in Persia. In Persian, the word ‘Sheer’ stands for milk and ‘Mal’ means rich food. It was introduced in North India by the Mughal emperors and became popular across Lucknow, Hyderabad and Aurangabad. 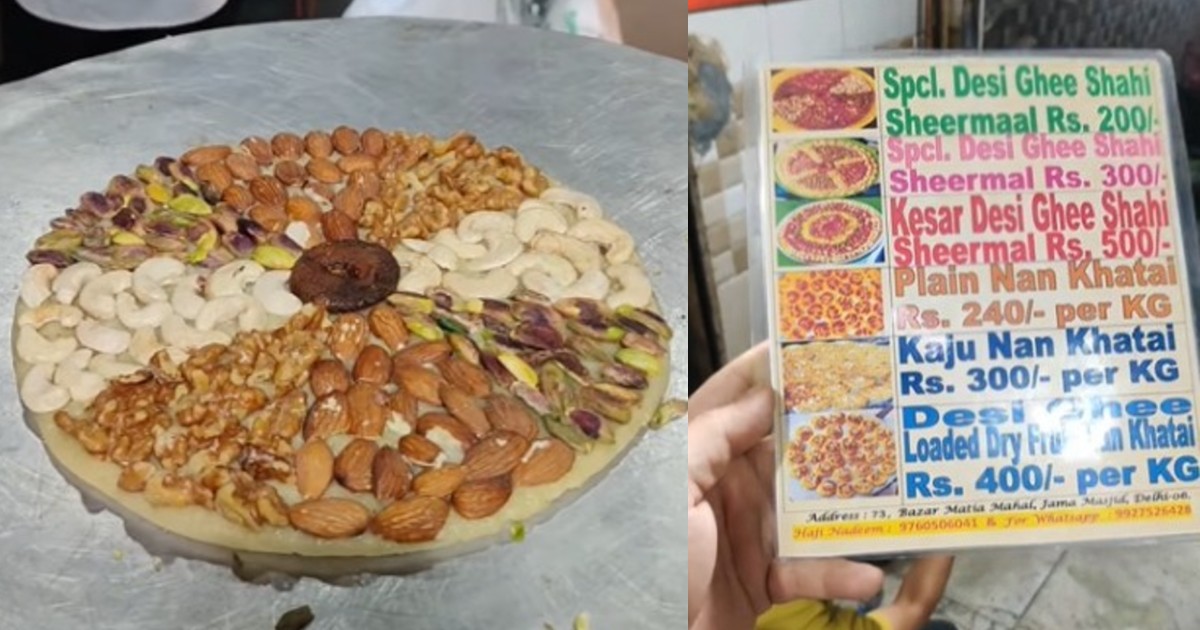 The Shahi Sheermal at Haji Nadeem comes at ₹200. Delhiites can order the delicacy at home by calling up on the number 9760506041.