The Tattoo Daughers: All Women…
Jason Derulo Is Performing In…
Stay On A Cliff In…
IRCTC Has Launched A 6-Day,…

The Tattoo Daughers: All Women Of This Indo-Nepali Tribe Wear Tattoos & Here’s Why! 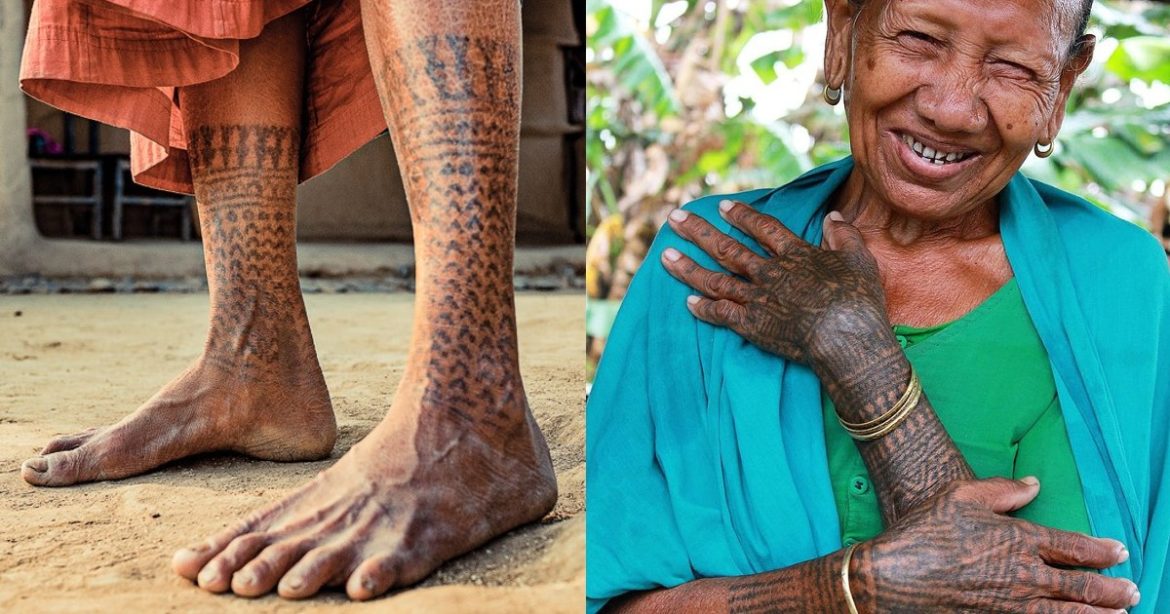 In the Terai region of the Indo-Nepal border, inhibit a tribe where women grow up by getting tattooed. Tattooing is a century-old tradition followed by the women of the Tharu tribe. The female members of the tribe have tattoos inked on arms, legs and chests. These tattoos are nature-inspired and are called khodna and godna. Now as modernisation is paving in, the tattoo culture of the Tharu tribe is gradually fading away. Nevertheless, tattoo bears a significance among these tribal women and many a time, it is a compulsion for them.

Here’s Why These Women Get Tattooed

There are several arguable theories behind the tattoo culture among the Tharu people. Some say the women get the tattoos for beautification. Others say, in ancient times, women of the tribes used to wear tattoos to look unattractive as rich Nepalese tried to keep them as slaves for sexual pleasures. These rich officials used to hate tribal tattoos. Another theory says that it is mandatory for married women of the tribe to get tattoos on their legs. The tattoos are applied on their legs before their marriage. As per ancient beliefs, girls of the Tharu tribe are not accepted for marriage if they are not tattooed. It is also said that the in-laws often do not accept food from the untattooed hands of married women.

Cow Dung Is Used To Darken The Tattoos

Tattoo artists are known as tikaniya in the tribal region of Tharus. The earlier process of tattooing in Terai was excruciating. It involved drawing the motifs on the skin with needles using black ink churned out from mustard lamp. To obtain deeper colour, the tattoo was coated with cow dung. After the tattoo dried, mustard oil was applied to soften the skin. With time, safer techniques have evolved which are easy and less painful. The tattoo motifs include stick and straw, stove, peacocks and more.

At present, young folks of the tribe are making the art popular via social media platforms by adding new patterns and colours.