The World Has A Coca-Cola…
Travelling From UAE To Pakistan?…
Malayalam Actor Mohanlal Fulfils Wish…
You Can Now Travel In…

The World Has A Coca-Cola Lake & This Unusual Place Looks Stunning Beyond Imagination! 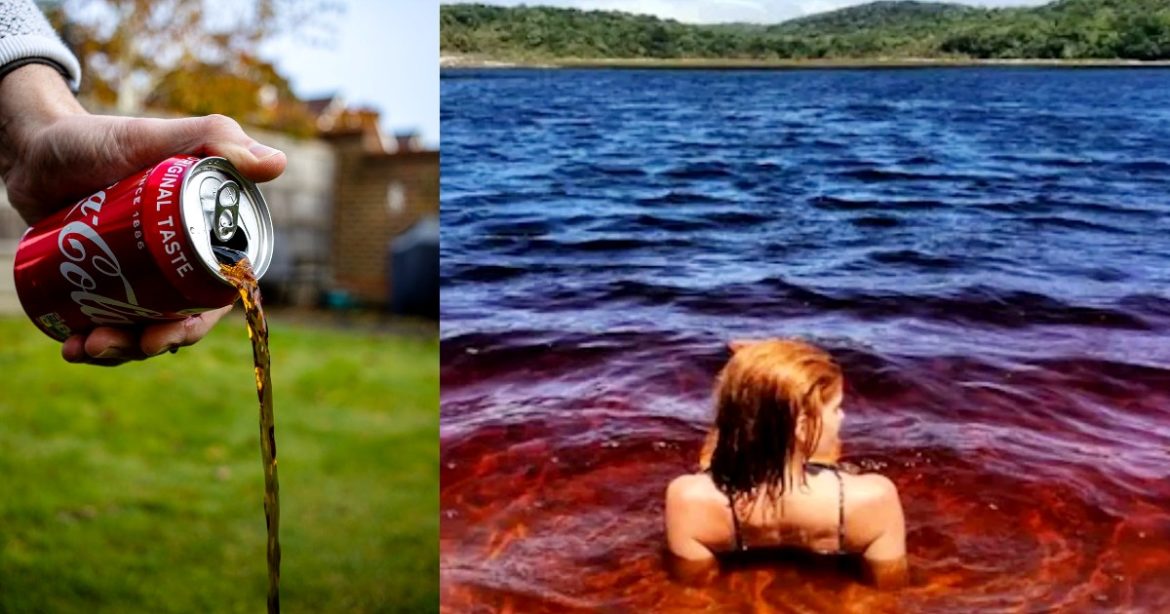 Whether you’re munching on a slice of cheesy pizza, biting into a juicy burger or tucking into a comforting plate of Indo Chinese food, you’d never forget to pair your meal with Coca-Cola. The fizzy soft drink with a tangy-sweet taste and a brown hue has made a special place in our hearts. So, Coca-Cola fans, this might come as a surprise, but did you know Brazil is home to a Coca-Cola lake? Well, hundreds of tourists visit this lake for a special reason, read on to know why.

Brazil Has A Coca-Cola Lake With Caramel Colour Water

The great Atlantic rainforest reserve of Mata Estrela in Brazil houses an unusual lake called Araraquara. But it soon came to be known as Lagao de Coca Cola as the colour of the water resembles that of the soft drink. And no, it’s not polluted or carbonated. Coca-Cola lake is brown in colour due to the high concentration of iodine, iron and pigment from the reeds near the shore. The caramel-amber coloured waters at the Coca-Cola lake has made it an offbeat tourist destination in Brazil. The water is crystal clear and people often flock here for a swim or a dive.

Also Read: 5 Facts About Our Favourite Indian Chinese Cuisine We Bet You Did Not Know!

Also Read: India’s First Raffles Hotel In Udaipur Has A Private Island In The Middle Of Udai Sagar Lake

The Coca-Cola Lake Is Known To Have Healing Properties

Interestingly, this Instagrammable lake is known to have minerals in the water and soil that make a dip beneficial for health. The official Brazil Tourism website also reveals that the Coca-Cola lake has rejuvenating properties despite its unusual colour. It’s a pristine natural water body that’s safe for swimming, bathing or boating. Locals strongly vouch for the healing powers of the lake.

Trek Through A Forest To Reach This Lake

While there’s no tourism infrastructure at the site, it’s still definitely worth a visit. You can relax in the water or swing in the hammock as you breathe in the beauty around you. To reach Coca-Cola lake, you can walk through a trail in the forest for 5 hours. Listen to the sounds of the Guariba monkeys and enjoy an adventurous trek with your loved ones. You can also go for a fun buggy ride on the beach. Coca-Cola lake or Lagoa da Araraquara is a one-of-a-kind vacation spot, that must make it to your bucket list, especially if you’re a coke fan.