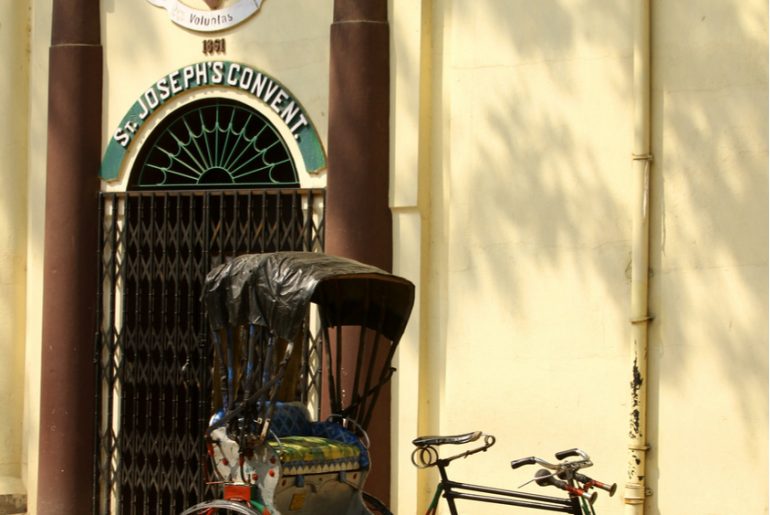 A former French colony called the Chandernagore one hour away from Kolkata was one of the first outposts of India’s colonial past.

This town painted in pastel shades boasts heritage buildings that are heavily influenced by the French. It’s a quaint town that became independent in the year 1950 and still maintains the architectural beauty that stands apart.

Also read: Go All Spanish At This Small Café In Kolkata Find your French escapade in this charming land, visit the many churches like the Sacred Heart Church built in the 19th century, St. Joseph’s convent and vintage homes that are in the facades of pastels.

Stroll around the river-side of the Hooghly River and stumble upon the grand structure named the Strand. Visit the Indo-French Cultural Centre and Museum where you’ll find maps that offer stories of the town’s eventful past. The banks of the Hooghly river were dominated by the French, Dutch, Danish, Portuguese, Germans and English. Head to the Rani Ghat and witness the peach-coloured structure that was built in the honour of Durgacharan Rakshit who was the recipient of the French award of Legion d’honneur in 1896.

You can also visit the town during the time of Durga Puja which will leave you with stunning visuals of the streets decked up in lights and colourful panels for the celebration of the festival.