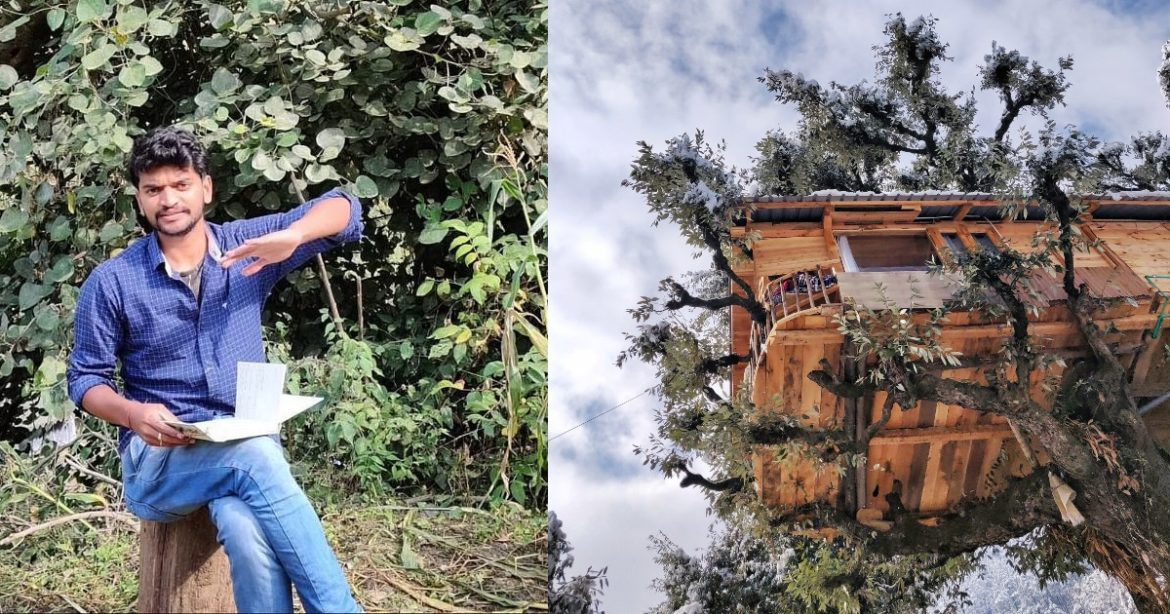 The stunning hill station of Jibhi in Himachal Pradesh has fascinated tourists not just for its unparalleled scenic beauty but for its intriguing treehouses. Nestled atop old trees, these treehouses promise travellers a unique staycation with panaromic views, a forest-cabin-like experience and a turn to make their fantasy a reality. But did you know that a 27-year-old engineering graduate from Telangana is the brainchild behind Jibhi’s treehouses? Read on to know all about this.

Inspiration To Build Treehouses In Jibhi

27-year-old Rahul Koppula is an engineering graduate from a small village, Nirmal in Telangana. While studying his course, Rahul realised that engineering was not his cup of tea. So, he decided to start his own business. While he initially started a clothing business, it wasn’t successful. So,  Rahul Koppula took a break and travelled all across India. According to The Better India, that’s when he landed in the hidden gem Jibhi. When Rahul first landed in Jibhi in 2018, two things caught his eye- zero tourists and trees over 100 years old. 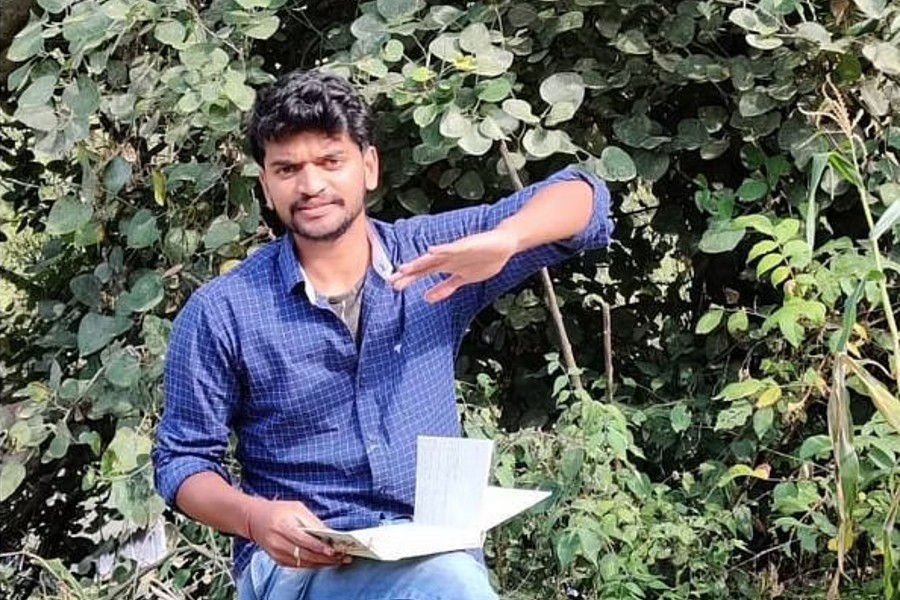 Also Read: 6 Coolest Treehouses To Make You Forget About The Crazy City Life

Interestingly, like many of us, Rahul has also grown up adoring treehouses thanks to the movies he watched in his childhood. But he has never stayed in one. Jibhi’s old, sturdy trees offered him an opportunity to make not just his but every traveller’s dreams come true of staying in treehouses. This was just the start of Rahul’s venture The Hidden Burrow-  treehouse stays in Jibhi.

Also Read: 5 Mountain Homestays In Tirthan Valley That Sit Right Beside The River

Once the seed of entrepreneurship was planted in Rahul’s mind. He spent the next few days, watering his idea by researching thoroughly. Rahul revealed to The Better India that he watched videos and read articles about treehouses across the world. He took the land for lease from villagers and collaborated with local artisans to build treehouses. The treehouses were built by reusing wood collected from local forests to ensure a sustainable approach was adopted. The news of a beautiful treehouse stays in Jibhi spread like wildfire. And The Hidden Burrow received many enquiries even before it was ready.

What started as one treehouse, has today become a total of four treehouses in Jibhi-Jannat, Adbhut, Raabta and Kudrat treehouse hotels. The Hidden Burrow offers not just a slice of luxury in a hill station but also employment opportunities for locals. Jibhi, which was a hidden gem, today has over 300 small hotels and tourists thronging to explore the beautiful destination. It’s one of the most popular destinations in Himachal Pradesh after Shimla and Kullu. And it all started with an engineering graduate’s dream of staying in a treehouse. Rahul Koppula earns a turnover of a whopping ₹1 crore annually from his treehouse hotel projects. He has truly proven that money does grow on trees.