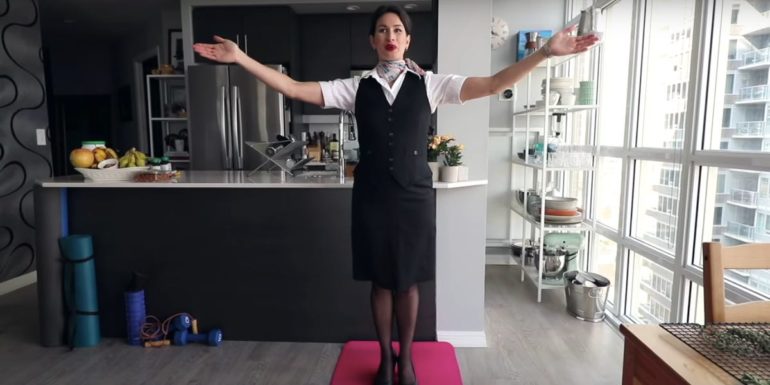 A flight attendant attempted to work from home, and the result was hilarious. Kristen Gillett, a West Jet flight attendant, from Canada, has left the Internet in splits after she demonstrated her work-from-home skills while trapped at home due to coronavirus-enforced lockdown.

Like many others in the travel and aviation industry, Kristen has been placed on temporary leave due to the global pandemic. While many of us can work from home, Kristen cannot, given her line work. However, that did not stop the dedicated air stewardess from trying.

Flight Attendant Attempts To ‘Work From Home’ In This Hilarious Sketch

Kristen, along with her husband, comedian Wes Barker, has filmed a rib-cracking sketch, depicting a day in the life of a flight attendant working from home, and boy, it is hilarious!

The video will leave you splits as Kristen is dressed in full flight attendant uniform and offers a welcome beverage, hot towels, sweet and salty snacks to her confused husband. Hell, she even offers him his own alcohol, under the garb of duty-free.

In the course of the video, she stops her husband from getting up from the sofa citing seat belt warning signs and also asks him to stow his laptop for safety reasons.

When Wes wants to use the bathroom, she asks him to wait by the counter, while he protests, “But it’s just two of us living here!” And no the fun doesn’t stop here! She further goes on to FaceTime her husband from the bedroom and complains about her tough shift, while he retorts, “Why are you calling me from the other room, I’m trying to work!” 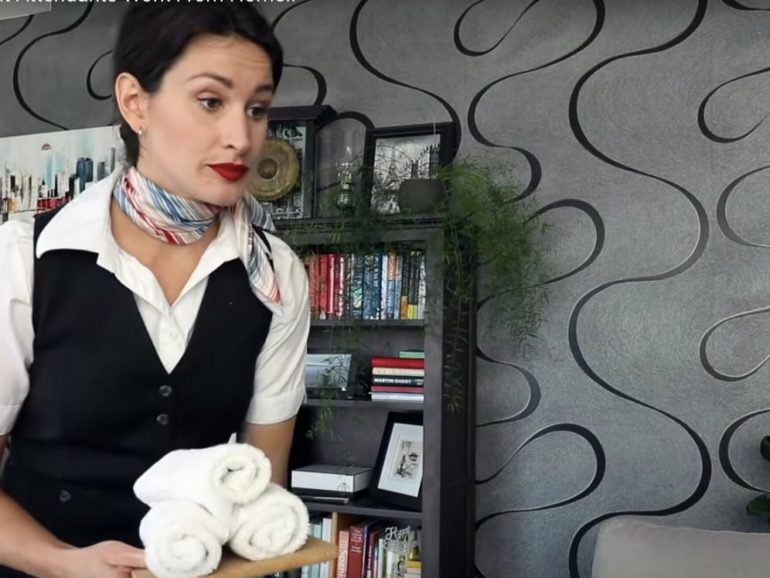 The Video Has Blown The Internet

The lighthearted video has garnered more than one million views on YouTube, along with overwhelmingly positive comments, with flight attendants particularly relating video. It has certainly brought a much-needed laugh, especially for them, during these uncertain times.